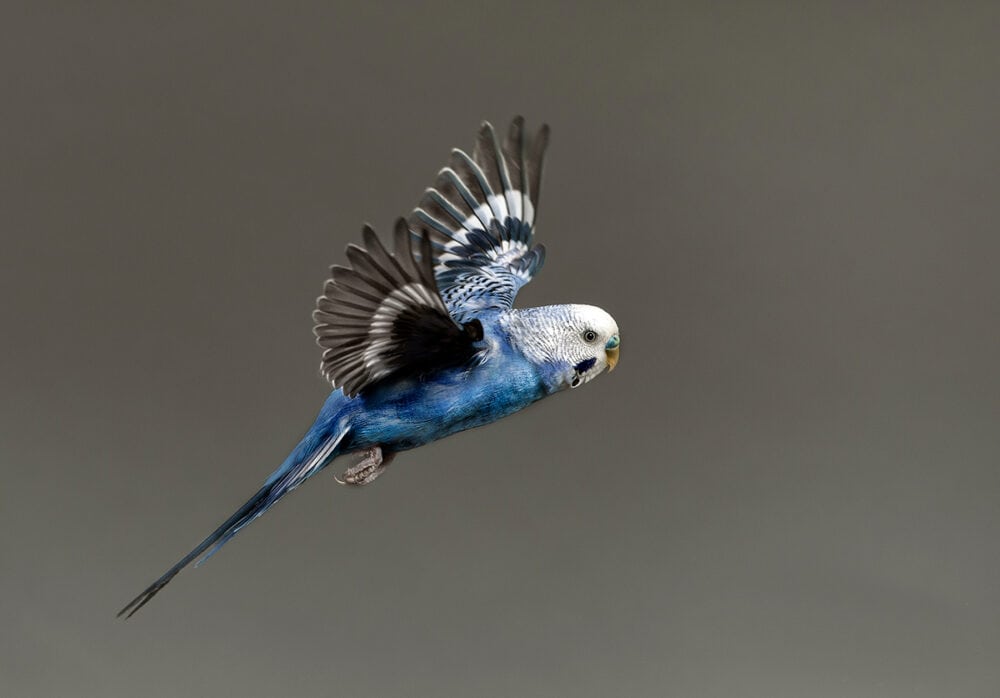 Why are budgerigars and other parrots so brightly coloured, with their hues of red to yellow? And why are there blue budgies? It isn’t from the foods they eat. After more than a century of study, recent findings suggest the answers are found in one key evolutionary genetic change.

In findings published this week in the journal Cell, scientists from California’s Stanford University identified an uncharacterised gene in budgerigars that can synthesise unique yellow pigments.

They also found that blue budgies are the result of a single amino acid substitution in the same gene, indicating that all blue budgies derived from a single ancestor.

The study of animal colouration is important because visible indicators provide evidence of individual health, and are hence used by animals when selecting potential mates.

Thomas Cooke, one of the study’s lead authors, says budgies are “a great system for studying parrot colours because artificial selection over the last 150 years has resulted in a large number of simple Mendelian genetic traits that affect colour”.

Scientists knew parrots produce psittacofulvins, a type of red-to-yellow pigment not found in any other type of vertebrate. They also knew that some budgies were unable to produce yellow pigments, which turned the birds from yellow-and-green – their colour in the wild – to blue. But it wasn’t clear which genes and biochemical pathways were involved.

Animals more commonly achieve colouration by consuming organic pigments such as carotenoids produced by plants, algae, bacteria and fungi in their diets. The orange of goldfish and the yellow of common canaries are typical examples of colours achieved by this mechanism.

A 1941 study by Ludwig Auber of the University of Edinburgh noted the interest in budgerigar studies: “This bird which is so easily bred and which, under selection, has developed a great number of varieties in two or three decades and practically from the beginning under scientific control, is an object of intense interest for the geneticists.”

Now, more than 70 years later, the Stanford team, led by Carlos Bustamante, used genome-wide association mapping to identify a region containing the blue color mutation. The researchers then sequenced the DNA of 234 budgies, 105 of which were blue. They also sequenced 15 museum specimens from Australia.

Those studies pointed to a single mutated gene, dubbed MuPKS, encoding a little-known enzyme in the blue birds.

The researchers also compared feathers of green and yellow versus blue budgies. Those studies showed that MuPKS was highly expressed in birds of both color varieties, but it contained a single amino acid substitution in the blue ones.

To test their findings, the researchers cloned the MuPKS gene and inserted it into yeast to see if the yeast would begin producing yellow pigments. They did.

The researchers say it was a surprise to find that a mutation in MuPKS causes such a noticeable colour change, because similar genes are found in nearly all birds. The difference is that birds outside the parrot family, such as chickens and crows, don’t express the enzyme in their feathers, so they aren’t yellow.

“Presumably the gene has some function in non-parrots besides pigmentation, but we don’t know what that might be,” Cooke said.