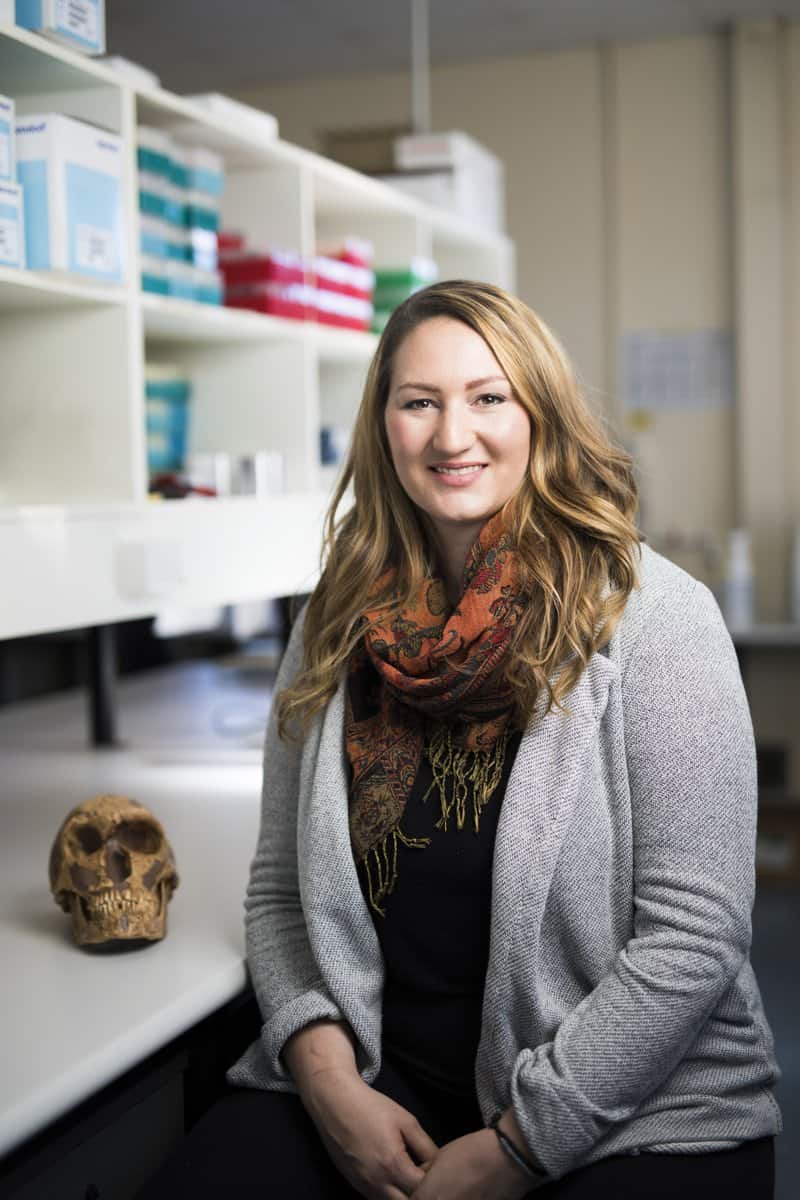 Laura Weyrich, 33, is a pioneering paleo-microbiologist with an infectious laugh and a passion for globetrotting. And she is all about looking for answers in the most unexpected places — Neanderthal dental plaque and coprolite fossils, to be exact.

The path that led her to head the Ancient Metagenomics Research Group at the Australian Centre for Ancient DNA at the University of Adelaide, South Australia, is a mixture of serendipity and evolution.

Her initial desire – to help people through medicine – soon changed. “I really wanted to be developing treatments to help people, and not just doling them out,” she explains.

A research stint at South Dakota University in the US introduced Laura to the possibilities that lay hidden in the microbiome — the amalgamation of the many millions of microorganisms that exist in and on living things.

“After that, I was just hooked,” she says. “This idea that you have thousands of species that we had no idea what they’re doing or why they’re there, how they’re helping or hindering in anyway. that to me, was totally fascinating!”

Armed with the idea of investigating interactions between the microbiome and bodily pathogens, she embarked on her PhD. Laura laughs as she recalls how resistant her advisor was to her new ideas, but nevertheless, she persisted.

Her work at Pennsylvania State University changed the thinking about the pathophysiology of infections and traditional disease models. She discovered the changes that occurred in the microbiome during respiratory infections in mice, and went on to develop novel genetic sequencing tools to study these changes better.

After her doctorate, wanting to explore the human microbiome, she applied for a position in Adelaide, and remembers being shocked when offered it. “I’d seen that they were using ancient humans as a model system,” she says. “To me, it was a pretty phenomenal concept – that we can use ancient humans and their stories to inform modern health.”

That’s how she came to dig around in the dental plaque of our ancient evolutionary cousins, the Neanderthals. This provides her with a record of the dietary and lifestyle alterations that the human microbial make-up underwent over millennia. Laura posits that this has far-reaching, causative implications for modern diseases, including obesity, malnutrition, certain cancers, arthritis and poor mental health.

She is also studying ancient Australian Aboriginal specimens to explore how early European settlers inadvertently changed the microbiota of these indigenous inhabitants, introducing a host of health issues. “Certainly, the impacts for indigenous people are not just going to be felt just here in Australia, they are going to be felt in other continents as well,” she explains.

When Laura is not excavating secrets from ancient DNA, she is engaging with the public about her work, and inspiring the next generation of scientists, for which she has won awards. She says that to her, this is the best part of what she does, “They have the best questions, and they see the research in a new light, and it gets me going!”

Another great thing about what she does are the hair-raising adventures she gets to go on. When on an archaeological dig outside Wyoming, in the United States, in order to get into a location known as Natural Trap Cave, she had step off a 30-metre-high cliff into nothingness.

While this would scare most people senseless, Laura took it in her stride, saying, “I’m so fortunate that I have a job that allows me to travel and allows me to do crazy things like step off a cliff into a cave. There’s a reason to go down there and to find information and help it improve our lives in the modern day.”