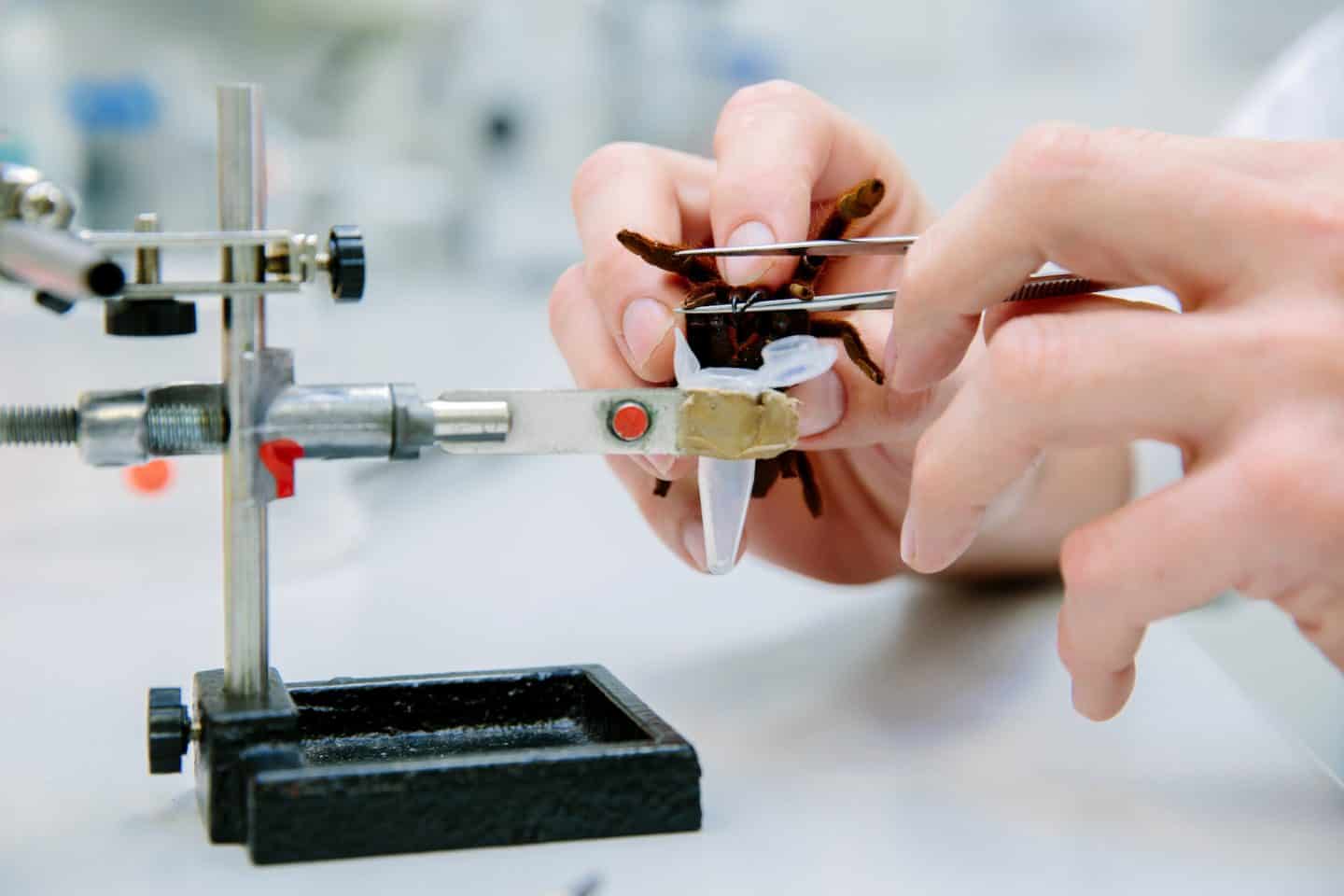 It’s no secret that our planet is headed for some dark and unpredictable times, with climate change looming, and an ever-expanding global population which consumes more resources than Earth can sustain.

That’s why scientists are looking for solutions in nature to put us back on the front foot as we prepare to face the biggest challenges our species has ever seen.

Here’s a glimpse of what’s in store for the coming decades:

Imagine a future where taking medicine is as simple as eating a sunflower seed or drinking a cup of tea that’s been infused with medications to prevent diabetes and cancer or treatments for chronic pain and HIV.

If that sounds too good to be true, not so fast, because researchers at The University of Queensland’s Institute for Molecular Bioscience (IMB) are pursuing organic compounds called peptides as the basis of a new generation of drugs that are not only cheap, but also carry minimal side effects.

“The problem with normal peptides is our digestive enzymes want to chew them up because they think they’re food,” explains the IMB’s David Craik.

“Our body can’t tell the difference between a steak and a peptide drug. But what we’ve discovered is that if you join the ends and make a circle, it makes it much harder for the digestive system to chew them up – so they can get into the circulation.”

It’s early days yet, but Craik and his team are figuring out how to modify a family of naturally occurring ‘cyclic peptides’ to give them pharmaceutical activity, so they can be inserted into plants and seeds to treat a range of diseases.

“My dream is that we’d discover a lot of peptides that can given as drugs for things like cancer or cardiovascular disease,” says Craik.

“So if someone has prostate cancer, and has to take a drug for life, we could put it into a chickpea seed, a sunflower seed, or even a coffee bean.

“We could see a potential revolution in medicine by giving the power to people to grow their own medicines.”

Turning nature’s deadliest substances into next-gen painkillers might sound counterintuitive, but scientists think venomous spiders and snakes could be the key to tackling chronic pain – the biggest unresolved medical condition in the world.

When you consider that venom targets the nervous system, which is also what drives pain, epilepsy, and stroke, you’ll see why scientists want to use them to create smarter medications.

A team at the IMB is seeking out new peptides in spider, scorpion, and centipede venom that can turn ion channels in the nervous system on or off. One of the biggest leads they have is a molecule found in tarantula venom, which inhibits a type of protein that sits inside the nerves and triggers the pain signal.

If they can figure out how to turn these venom peptides into a drug, we could see more effective treatments for a range of nervous system-related conditions – minus the heightened risk of addiction that comes with current painkillers.

When you think of insecticides, you probably imagine nasty chemicals being sprayed all over your food to keep the bugs at bay, but what if we could develop entirely organic ones based on a plant’s own defence systems?

Enter the butterfly pea (Clitoria ternatea), a flowering vine that insects do not touch. Scientists at the IMB have been working with Australian research company, InnovateAg, to turn butterfly pea proteins into the world’s first organic insecticide, called Sero-X.

And we don’t have to wait decades to see the result. Sero-X has already been approved for use on cotton and macadamia crops in Australia, and there’s interest from farming groups in Europe now too. Maybe the bees have a chance, after all.

Living hearts grown in the lab

Don’t look now, but the future might already be here, because sitting in a lab at the IMB are petri dishes full of human heart cells – and they’re beating.

Scientists are using human pluripotent stem cells (hPSCs), which can make any cell type in the body, to recreate the process of heart formation. And the best part: these cells can proliferate infinitely from the existing batch, which means they have a never-ending supply to work with.

“We don’t have to extract them from anything, and there are no issues of scale, which is critical for helping us understand developmental biology, or for making cells that have therapeutic applications.”

Not only could these lab-grown tissues be transplanted into patients with heart disease in the coming years, they could form the basis of more intelligent drugs for heart disease – the biggest killer worldwide.

You’ve heard it a million times before – solar, wind, and wave power are awesome for the environment, but what happens when the sun stops shining, the wind isn’t blowing, and the waves are not crashing? How do you store all that energy for the downtimes to keep the lights on year-round?

“These single cell green algae can catch sunlight and carbon dioxide and produce biomass. We have lab and pilot facilities to produce them,” says the IMB’s Ben Hankamer.

Compared to other crops, microalgae are highly efficient at converting sunlight and carbon dioxide into energy stored in biomass via photosynthesis. Biomass is made up of a diverse array of biomolecules that can be used to produce a range of renewable fuels from renewable diesel and methane to hydrogen from water.

And because microalgae are so versatile, they have applications from the very high-value such as pharmaceutical production to socially and environmentally critical uses such as food production, water purification and environmentally friendly fertilisers. Collectively, these offer opportunities to drive down costs of production, support sustainable economic growth and regional development.

Bring on the future.

This article was prepared and supplied by the communication staff at the Institute for Molecular Bioscience.