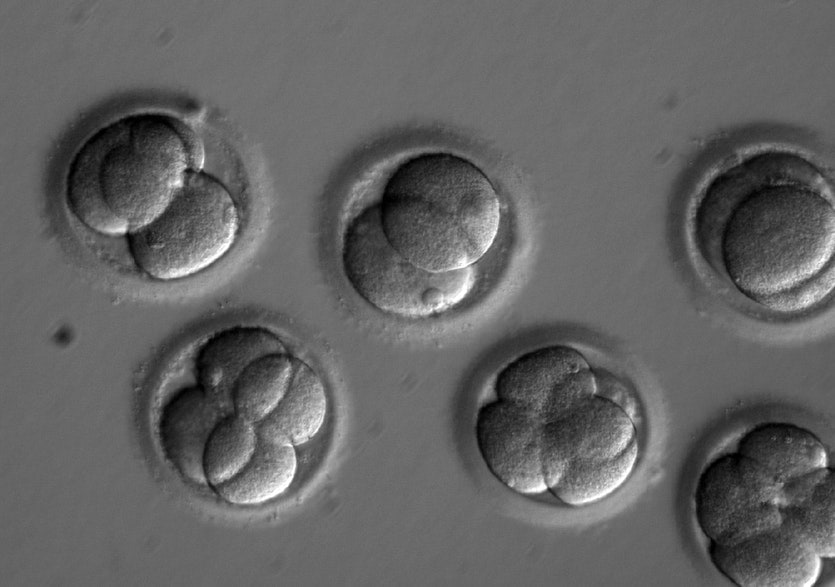 Though the jury is out on whether we should try to modify the genes of human embryos, that hasn’t stopped researchers from finessing the widely lauded CRISPR gene-editing technique.  So far three attempts by Chinese researchers have made the pitfalls clear: the technique introduces more errors than it fixes.  It also produces mosaic embryos where some cells get fixed, others don’t.

Now, as reported in Nature, an international team led by Shoukhrat Mitalipov at Oregon Health and Science University has found a way to move past these pitfalls. “It’s a staggering result,” says geneticist Leanne Dibbens, at the University of South Australia. “This is what we’ve all been looking for.”

Mitalipov and his colleagues have convincingly repaired embryos carrying the faulty gene, cardiac myosin-binding protein C (MYBPC3). The defective gene causes hypertrophic cardiomyopathy, the most common cause of sudden cardiac arrest in young athletes. The condition affects one in 500 people. “By using this technique, it’s possible to reduce the burden of this heritable disease on the family and eventually the human population,” Mitalipov says. “Every generation on would carry this repair because we’ve removed the disease-causing gene variant from that family’s lineage.”

Three previous attempts to edit the genes of human embryos by labs in China all showed problems with mosaicism and mistakes, so-called “off-target effects”.  The first two of those studies used defective IVF embryos that could never develop into a baby (they had been inadvertently fertilised with two sperm) as a way to sidestep the ethical minefield.

The first study, published in 2015, attempted to repair a defective gene causing the blood disease beta thalassemia. The second study, published in 2016, edited a gene to confer HIV resistance to the embryo. The third, published in March this year, edited genes associated with the diseases beta thalassemia and favism. This time the researchers used normal embryos, which they found increased the proportion of embryos that were edited from 14% to 50%. Nevertheless the embryos still showed evidence of off-target effects and mosaicism.

The Mitalipov-led team is the first to demonstrate error-free editing of human embryos.  They seem to have a knack when it comes to manipulating embryos. Mitalipov also carries the distinction of being the first to crack the long-standing problem of cloning human embryos and deriving embryonic stem cells.

The key to the current success appears to come down to when the CRISPR editor is introduced to the embryo. Past attempts introduced CRISPR once the embryo had already been fertilised; in the current report, CRISPR was added to eggs at an earlier stage, at the same time as the sperm.

The sperm came from a donor with hypertrophic cardiomyopathy. Like all those affected, he carried both a normal and a defective copy of the MYBPC3 gene so his sperm population was a 50:50 mix of normal and defective. That meant half the fertilised embryos would be normal; half defective.

The researchers co-injected the affected donor’s sperm together with the CRISPR editor. They then analysed the embryos after they had undergone two or three divisions. Out of 58 embryos, 42 showed the normal gene in every cell. This means the technique successfully increased the number of healthy embryos from 50% to 70%.

Researchers at collaborating labs in South Korea and China also carried out thorough checks of the embryos’ DNA to see if there had been mistakes elsewhere.  Remarkably, no “off-target” effects were detected.

Mitalipov cites two reasons for achieving the accuracy. One was that the editing was done in one hit by delivering CRISPR as a short-acting protein. Past attempts have  delivered a string of DNA code which can continue to order up the production of the editor protein for several days. The other is that co-authors Jin-Soo Kim at Seoul National University in South Korea and Juan Carlos Belmonte at the Salk institute in California – both pioneers of the CRISPR technique – had meticulously optimized the choice of ‘guides’ for the CRISPR editor by testing them in iPS cell lines that carried the same genetic fault. These guides navigate the editor through a maze of look-alike DNA, to ensure it tracks only to the correct faulty bit of code.

Another remarkable finding was the way the repairs to the embryos’ faulty DNA took place.  Normally the CRISPR editor is added together with a snippet of DNA carrying the correct DNA code. It uses this as a template to make the corrections – rather like checking a dictionary when you correct the spelling of word. The surprise was that instead of checking the foreign DNA to make the corrections, the embryo checked the mother’s copy of the MYBPC3 gene.  The preferential use of the mother’s own template may have something to do with using very early stage embryos. It may also be a third factor in explaining why the editing was so accurate. Says co-author Jun Wu at the Salk Institute: “Our technology successfully repairs the disease-causing gene mutation by taking advantage of a DNA repair response unique to early embryos”.

The authors believe their success at avoiding mosaicism also lies in editing early embryos. By co-delivering the CRISPR editor with sperm, there was time for the embryo to carry out its repairs well before it entered the so-called “S” phase, when it starts synthesizing copies of its DNA.This avoids the possibility of cells splitting before receiving a corrected copy of the DNA.

Not all the embryos were perfectly fixed, though: 16 showed erroneous fixes to their MYBPC3 gene.

However, the authors say that, by increasing the number of healthy embryos from 50% to 70%, their work could provide couples with a larger number of healthy embryos, improving the chance of successful IVF. According to another co-author, Paula Amato, professor of obstetrics and gynaecology in OHSU’s School of Medicine: “If proven safe, this technique could potentially decrease the number of cycles needed for people trying to have children free of genetic disease.”

Clearly there is still work to do and debates still to be resolved. As Dibbens puts it: “The study advances our understanding of gene editing technologies and again highlights the need for discussions on what situations gene editing will be used in in the future.”