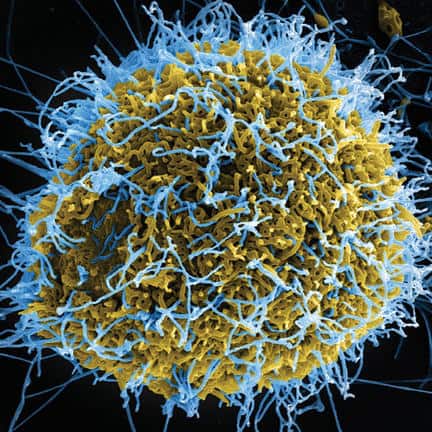 The current Ebola outbreak is not only the worst that the world has ever seen, it is worse than all previous outbreaks combined.

The death last week of Thomas Duncan in Texas and the serious condition of Teresa Romero Ramos, a Spanish nurse infected with the virus, and now the infection of Duncan’s nurse in Texas, underline the reach of Ebola Virus Disease (EVD) beyond its epicentre in West Africa.

Ramos, infected after caring for two Ebola patients repatriated to Spain from Sierra Leone and Liberia, was the first to contract the disease outside Africa.

Nevertheless, the possibility of a major outbreak in a developed country remains much lower than in West Africa, as Peter Barlow, Reader in Immunology and Infection at Edinburgh Napier University, explained on the Conversation website.

“European countries can rely on the co-ordinated and established protocols for emergency responses and containing infections that have already been used with other outbreaks, such as pandemic influenza,” he says.

With no approved treatment or vaccine for the virus, efforts to control it centre on stopping its spread. That is proving difficult in poor areas with rudimentary communications and healthcare systems.

And, while quarantine is a useful tool in controlling the spread of the disease, it is not without risks of its own. As the World Health Organization warns, closing country borders and banning the movement of people can worsen what is already a humanitarian catastrophe. Stopping international flights to the affected countries, for instance, has led to a shortage of essential medical supplies.

Such was the case in Sierra Leone which imposed a stay-at-home curfew for the country’s entire population of 6.2 million from September 19 to 21. In that time there were reports of between 130 and 350 new cases as people were forced to stay at home with their dead, but still infectious, loved ones.

Two districts of the country have been in indefinite quarantine since August and another two were sealed off on 26 September. These measures have severely restricted the transport of food and medicines around the country, quite apart from the affect on the economy.

The following information about the virus, its effects and possible means of control is based on information supplied by the Centers for Disease Control and the World Health Organization.

Ebola is thought to have originated in fruit bats and to have been introduced into the human population through close contact with the bodily fluids of the bats themselves or other known carriers such as chimpanzees, monkeys, forest antelope and porcupines that form part of the diet in many poor African regions.

Human-to-human transmission occurs by direct contact through broken skin or mucous membranes with the blood or other bodily fluids of infected people, or by contact with surfaces and materials such as bedding or clothing contaminated with these fluids.

People remain infectious as long as their blood and body fluids contain the virus. Men who have recovered from the disease can still transmit the virus through their semen for up to seven weeks after recovery.

Humans are not infectious until they develop symptoms.

Symptoms of the Ebola disease

The incubation period is from two to 21 days. First symptoms are the sudden onset of fever, fatigue, muscle pain, headache and sore throat, followed by vomiting, diarrhoea, rash, impaired kidney and liver function, and in some cases, both internal and external bleeding.

“Community engagement is key to successfully controlling outbreaks. Raising awareness of risk factors for Ebola infection and protective measures that individuals can take is an effective way to reduce human transmission,” the WHO advises.

Risk-reduction messaging focuses on factors such as reducing the risk of wildlife-to-human transmission, reducing the risk of human-to-human transmission and containment measures including prompt and safe burial of the dead, identifying people who may have been in contact with someone infected with Ebola, monitoring the health of contacts for 21 days, and separating the healthy from the sick.

With no licensed drug treatment, care is based on giving patients intravenous fluids to stop dehydration and antibiotics to fight infections.

Although there is as yet no proven treatment available for EVD, a range of potential treatments including blood products, immune therapies and drug therapies is currently being evaluated. No licensed vaccines are available yet, but two potential vaccines are undergoing human safety testing.

Several experimental treatments for Ebola are being developed, which have shown promising results in monkeys. However none have been tested on more than a handful of people and none have been licensed.

The chaotic conditions in West Africa make trials of experimental drugs difficult. The best way to test a treatment is to conduct randomised controlled clinical trials to compare the outcomes of patients who receive the treatment to untreated patients. No such studies have been conducted.

Two US aid workers have been given an experimental treatment known as Zmapp. The treatment is a mixture of three monoclonal antibodies that bind to the proteins on the surface of the virus.

Created by California-based Mapp Biopharmaceutical, Zmapp was shown to give 100% protection to monkeys when it was administered to the animals immediately after they were exposed to the virus. However, the drug can take up to six months to produce.

First a genetically engineered virus is injected into a tobacco plant causing it to produce antibodies. Cloned “humanised” antibodies are then separated and purified. Tobacco antibodies are produced in sufficient numbers for dozens of doses, unlike the tiny numbers produced in mice.

Tekmira Pharmaceuticals of Canada has another experimental drug, TKM-Ebola, that has been tested on monkeys and a small number of healthy human volunteers. This drug targets RNA in the virus and is designed to interrupt its genetic code, preventing it from making disease-causing proteins.

US-based pharmaceutical company, Sarepta Therapeutics, has developed a similar RNA treatment, but it has never been tried in a human patient.

There are currently no FDA-approved vaccines for Ebola, however the US National Institutes of Health’s National Institute of Allergy and Infectious Diseases (NIAID) is currently carrying out phase one clinical trials on such a vaccine, co-developed by NIAID and British pharmaceutical company GlaxoSmithKline. Testing is taking place at the NIH Clinical Center in Bethesda, Maryland, in the United Kingdom and in Gambia and Mali.

The NIH also has collaborations with the Crucell biopharmaceutical company and Profectus Biosciences. In their collaboration with Thomas Jefferson University they are working to develop a candidate vaccine based on the established rabies vaccine, as the rabies and Ebola viruses use a similar method to copy themselves inside the body’s cells.

The Public Health Agency of Canada is also working on a vaccine, licensed to NewLink Genetics Corporation.

Originally published by Cosmos as Ebola: No quick solutions