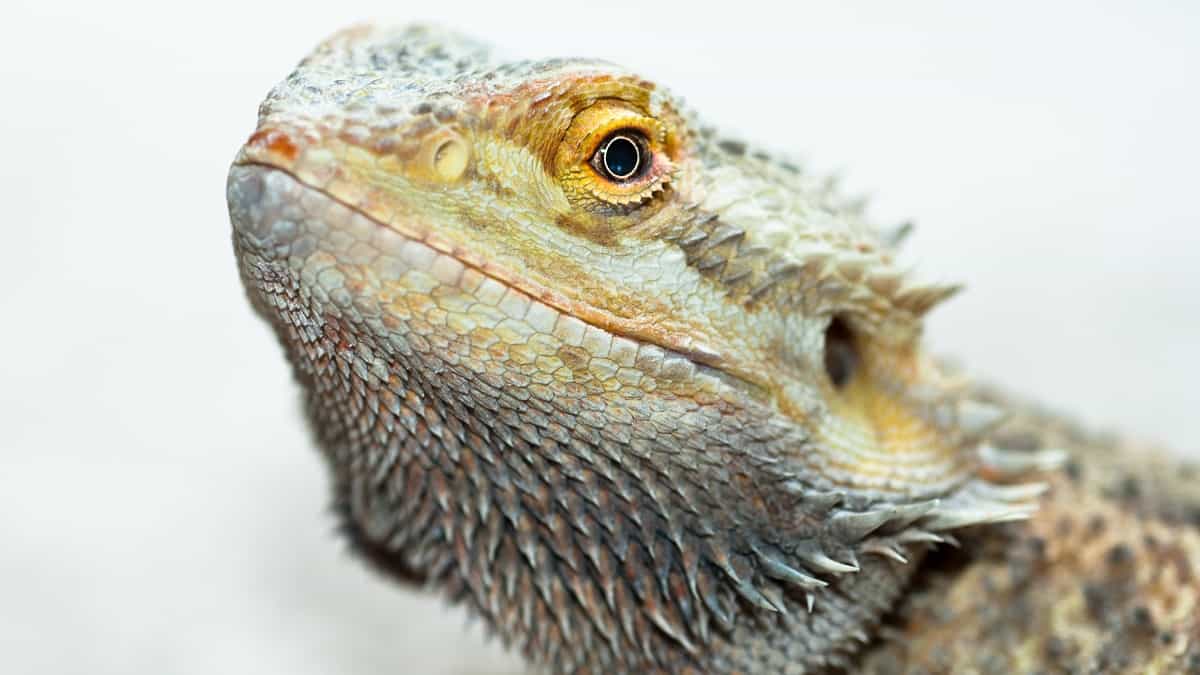 A team of Australian geneticists has discovered that the gene that determines the sex of dragon lizards works differently from those in other animals, with female chromosomes being twisted into ‘kinky’ shapes by junk DNA.

Publishing in PNAS, the study showed that dragon lizards are determined to be male or female by epigenetic rather than genetic differences – that is, changes in the gene’s chromosomal neighbourhoodrather than the gene itself.

For years the team had been searching for the gene that determines sex in dragons. The researchers knew dragons had sex chromosomes like those of birds, which is the opposite of the XY system of humans and other mammals: males have two copies of a Z chromosome, and females have one Z and female-specific W chromosome.

“We thought that it would be straightforward to discover the gene that does sex,” says Graves. “Either there would be a female-determining gene on the W chromosome (like some frogs), or there would be a gene on the Z that was not present on the W, so that males had two copies and females a single copy – that’s the way birds do it.”

The process proved to be much more difficult than the team anticipated.

“We looked at the genes of the sex chromosomes in both sexes and could find no DNA sequence that distinguished them from each other,” says Graves. “We couldn’t understand why they weren’t acting in the same way.

“It was particularly odd, because the two sex chromosomes look quite different under the microscope. The female-specific (W) chromosome has lots of highly repetitive (junk) DNA that stains brightly.”

Graves says the breakthrough was the realisation that this junk DNA might distort the shape of the W chromosome during transcription, with the resulting twisted chromosome being read as female.

“So rather than sex being determined by the base sequence of a sex gene – like in humans, and every other animal we know about – in the dragon lizard it was about the gene’s kinky chromosomal ‘neighbourhood’,” she says.

The study contributes to the Earth BioGenome Project, an ambitious international collaboration that aims to sequence the genomes of all 1.8 million species of animals, plants, fungi and single-celled organisms with a nucleus.

Graves says the discovery illustrates how the project will change the way scientists do biological research, highlighting the need to look beyond the tried-and-true test subjects in the quest for new insight.

“We would never have discovered this unique way of doing genetic sex determination if we’d just looked at humans, mice and zebrafish,” she says. “Peculiar species like dragon lizards can provide new information about genes and gene regulation.

“The Earth BioGenome Project will give us critical information about all complex life on the planet, how it works and how it evolved. Importantly, it will help us identify and save endangered species, and monitor the ecological systems that generate clean air, water and food that sustain human life.”

With current forecasts indicating that the earth will lose 50% of its biodiversity by the end of this century, Graves says the race is on to complete the 10-year project – but that the team is not daunted.

“It sounds impossible but, because of huge leaps in technology, it will actually cost less and take less time than it took to sequence the human genome 20 years ago,” she says.

“By the end of 2022, we will have sequenced 3100 species, up from a few hundred just a few years ago. We’re a good way towards our phase-one goal of sequencing the 9400 species that represent each taxonomic family.”