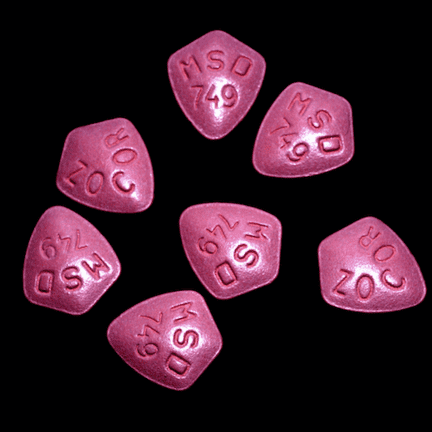 A cholesterol-lowering drug with fewer muscular side effects could be a new treatment avenue for statin-intolerant patients, research suggests.

An international team found 80% of patients, who reported muscle pain and weakness while taking statins, did not experience discomfort while taking the drug evolocumab.

The clinical trial was published in the Journal of the American Medical Association.

In the US alone, an estimated 36 million people are taking statins, a family of drugs that scoops low-density lipoprotein cholesterol, often called “bad cholesterol”, out of the bloodstream.

But like all drugs, statins are not without their side effects. Up to a fifth of patients taking statins experience muscle aches, pains, spasms and weakness when a dosage is commenced or changed. In some cases, the pain is so bad they would rather stop taking the medication and put themselves at risk of cardiovascular problems such as heart failure.

Muscle symptoms are most commonly linked with simvastatin, which is marketed as Zocor (among other names). In 2011, the US Food and Drug Administration recommended the 80-milligram dose of simvastatin should only be used in patients who’d spent a year taking it without side effects.

Sometimes stopping and restarting treatment with a different statin helps, but not always.

So Steven Nissen from the Cleveland Clinic in Ohio and colleagues enlisted 491 statin-intolerant patients. Half were given statins for 12 weeks while the other half took a placebo (sugar pills). After 12 weeks, the groups switched treatment.

Of the 491, 209 reported muscle-related symptoms while taking the statin.

That pain-reporting group was then divvied into two, with one group given injections of a drug called evolocumab while the other took tablets containing ezetimibe.

After 24 weeks, more than 70% found the statin-related muscle pain disappeared. Only 29% of patients in the ezetimibe group and 21% receiving the evolocumab injections reported such symptoms.

Evolocumab and ezetimibe aren’t statins – they belong to a new class of drug called PCSK9 inhibitors. They were approved by the US Food and Drug Administration in 2015, and reduce bad cholesterol – and now, seem to have fewer side effects too.

But, as an accompanying editorial points out, PCSK9 inhibitors are not panaceas.

While they do decrease levels of bad cholesterol, it’s not yet known if PCSK9 inhibitors also reduce coronary “events” such as heart failure or myocardial infarction.

Finally, a fifth of patients in the statin/placebo part of the study reported muscle pain even while taking sugar pills. So while some people do have genuine statin-intolerance, there is a sizable proportion who might suffer aches and pains regardless of medication.

Nevertheless, the editorial states, patients at high-risk for heart failure but who suffers on statins may be considered the most appropriate candidates for PCSK9 inhibitors – a group which may only consist of less than 1% of “statin-intolerant” patients.

Originally published by Cosmos as Doctors trial an alternative to statins