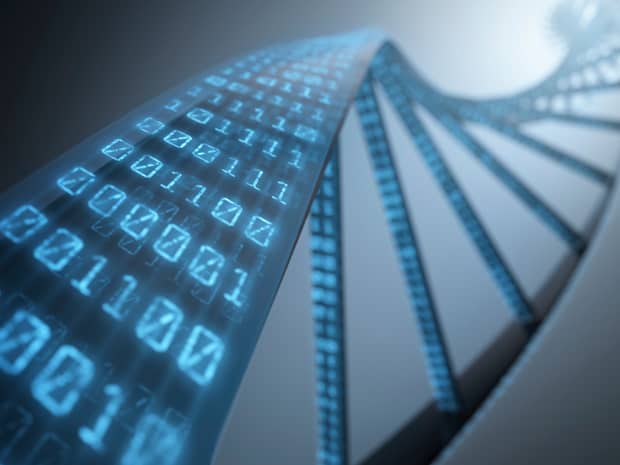 Exploiting the information-storage capacity of DNA will soon revolutionise medicine and basic research, according to Fahim Farzadfard and Timothy Lu, synthetic biologists from the Massachusetts Institute of Technology (MIT) in the US.

Writing in the journal Science, the pair outline several uses for specifically re-coded bits of DNA, turning them into living biosensors, brain-mappers, and creating targeted “Larmarckian” mutations within cell populations.

Adapting DNA for use as an information storage matrix is currently a highly competitive field. The attractions are obvious: DNA can – indeed, already does – contain a vast amount of data in a very small space, it is easy to manipulate, yet stable over thousands of years.

While by no means the only player, MIT has been at the forefront of DNA-storage research in recent years. As early as 2014, its researchers succeeded in encoding the Robert Frost poem, The Road Not Taken, into a few strands of the stuff. Tolstoy’s War and Peace followed, along with Deep Purple’s Smoke On The Water.{%recommended 7094%}

A commercial spin-off from the university, a company called Catalog, is building a machine capable of writing 500 trillion DNA molecules a day.

For the business, as with the research arms of most of the major tech companies doing similar work, the aim is to use DNA to store the bulk of the 160 zettabytes of data forecast to be generated around the world each year from 2025.

Using conventional means, that requires a shedload of space. Using DNA – not so much. The folk at Catalog estimate that every movie ever made could be collectively stored in a lump of DNA the size of sugar lump.

Farzadfard and Lu, however, have a different focus. Rather than exploiting DNA’s storage ability for external purposes, they are excited by its potential within the body.

In their review, they present several possible biomedical uses – in most cases, building on lab or proof-of-concept work already done.

One of the most useful functions for DNA in the field is its ability not merely to record things, but to log them – recording events continuously. That means that appropriately written “molecular recorders” contained in cells will be able to log transient and rapid molecular reactions as they happen.

At present, this is impossible. Researchers – and diagnosticians – have to be satisfied only with “snapshot” information gained through various tests. Bespoke DNA recorders will be able to deliver complete lists of moment-by-moment molecular activity.

This concept, which Farzadfard and Lu call a “living biosensor”, can be adapted for a range of diagnostic purposes.

“For example,” they write, “bacterial cells endowed with disease biomarker sensors coupled with DNA recorders could be consumed orally, transit through the gastrointestinal tract to record disease biomarkers, and report this information later when they exit the body.”

They also foresee modified human cells positioned throughout the body, coded to signal the early signs of diseases such as cancer.

All these applications are predicated on the specialised DNA-recorders being to all intents and purposes invisible – acting only as passive data-collectors.

The other major field envisaged by the researchers, however, is significantly different. Farzadfard and Lu envisage DNA-writers used to create mutated cell lines that can be pressed into service in a kind of rapid, directed evolution to produce therapeutic or other outcomes.

Lamarck’s theories have been largely discredited, and replaced by those of Charles Darwin – although some of his ideas lave lately found surprising support.

Using DNA-writers, the MIT researchers propose taking the randomness out of the picture, for very specific purposes. Genetic regions of interest could be modified so that the local mutation rate increases enormously.

“Cells engineered with such a capacity could evolve faster than possible by natural evolution and enable adaptive cell-based therapeutics that tune their responses to the conditions they encounter,” they write.

The writers include several other potential applications – including souping up bacteriophages to deliver faster and more widespread anti-microbial responses – and paint a picture of an exciting new frontier in genetic science, ripe for development.

“These technologies promise to further advance our ability to manipulate life’s natural memory storage media in a dynamic, longitudinal, and multiplexed fashion,” they conclude.