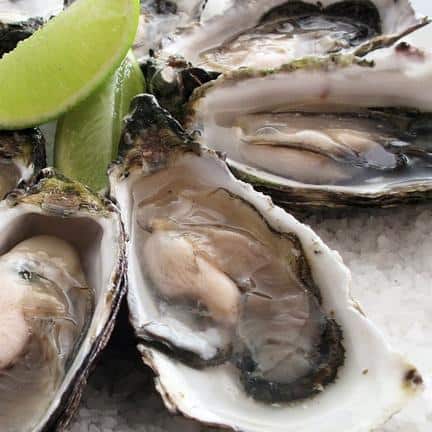 Around a million birds and 100,000 mammals are strangled or entangled by plastic waste each year. But could plastic pollution also spell the end of the oyster? Perhaps – a study published in the Proceedings of the National Academy of Sciences today found oysters that are exposed to tiny bits of plastic have 40% fewer offspring than those in clean water.

Around four to 12 million tonnes of plastic is dumped in the ocean each year. Unlike organic waste, plastic doesn’t decompose – but it does break into millimetre-sized particles called microplastics.

Add to that the exfoliating microbeads popular in cosmetics and a 2014 PLOS ONE paper estimated there were around five trillion microplastics – or a quarter million tonnes – floating around the oceans.

But it’s the filter-feeders – such as sponges, clams and oysters – that are particularly prone to microplastics. They obtain food by straining large volumes of water through specialised structures – like sieving for gold. But some little pieces of plastic are the size of an oyster’s favourite food – plankton – and are ingested too.

So Rossana Sussarellu from the French Research Institute for Exploitation of the Sea and colleagues decided to see how one common type of plankton-sized microplastics – polystyrene beads – affect the reproduction of Pacific oysters (Crassostrea gigas).

Endemic to Japan, Pacific oysters are widely cultivated in coastal farms around the world for human consumption. This also means they’re more exposed to waste.

But females ovulated 38% fewer eggs, and the males’ sperm swam 23% slower, which decreased offspring overall by 41%.

The researchers believe the microplastic-consuming oysters directed energy towards structural growth at the expense of reproduction.

Originally published by Cosmos as Plastic pollution spell the end of the oyster?