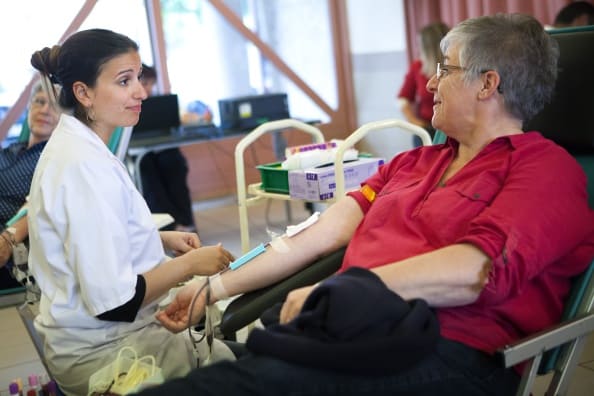 Blood donated by women who have been pregnant carries an increased risk of death for the recipient, a new study shows.

The research – which the author says cannot be taken as definitive – looked at the health outcomes for 31,118 patients who, between them, received 59,320 red blood cell transfusions.

In a paper published in the Journal of the American Medical Association (JAMA), Rutger Middelburg of Sanquin Research in the Netherlands compared mortality rates for the recipients – drawn from six major Dutch hospitals – with the gender and pregnancy history of the donor.

Middleburg urges further research into the phenomenon, to see if the findings can be replicated and, if so, to identify the underlying mechanism.

The disparity between outcomes resulting from the gender of blood donors has been noted for several years.

The most common cause of death after receiving donated blood is transfusion-related acute lung injury (TRALI). It is thought to arise because of the presence of human leucocyte antibodies (HLA) and active lipids present in stored blood. HLA production correlates with pregnancy history.

A study in 2004 investigated the HLA concentrations in the blood of 332 regular female blood donors. None of the donors – who between them had given blood more than 9000 times – had been linked to any cases of TRALI in recipients.

The research, led by Tamara Densmore of the Washington University School of Medicine in the US, found that 17% of the women tested were sensitised to HLA. The levels of the antibodies rose sharply according to the number of pregnancies each of the women had been through – with just 7.8% of women who had never been pregnant testing positive, up to 26% for women who had been pregnant at least three times.

The study was published in the journal Transfusion.