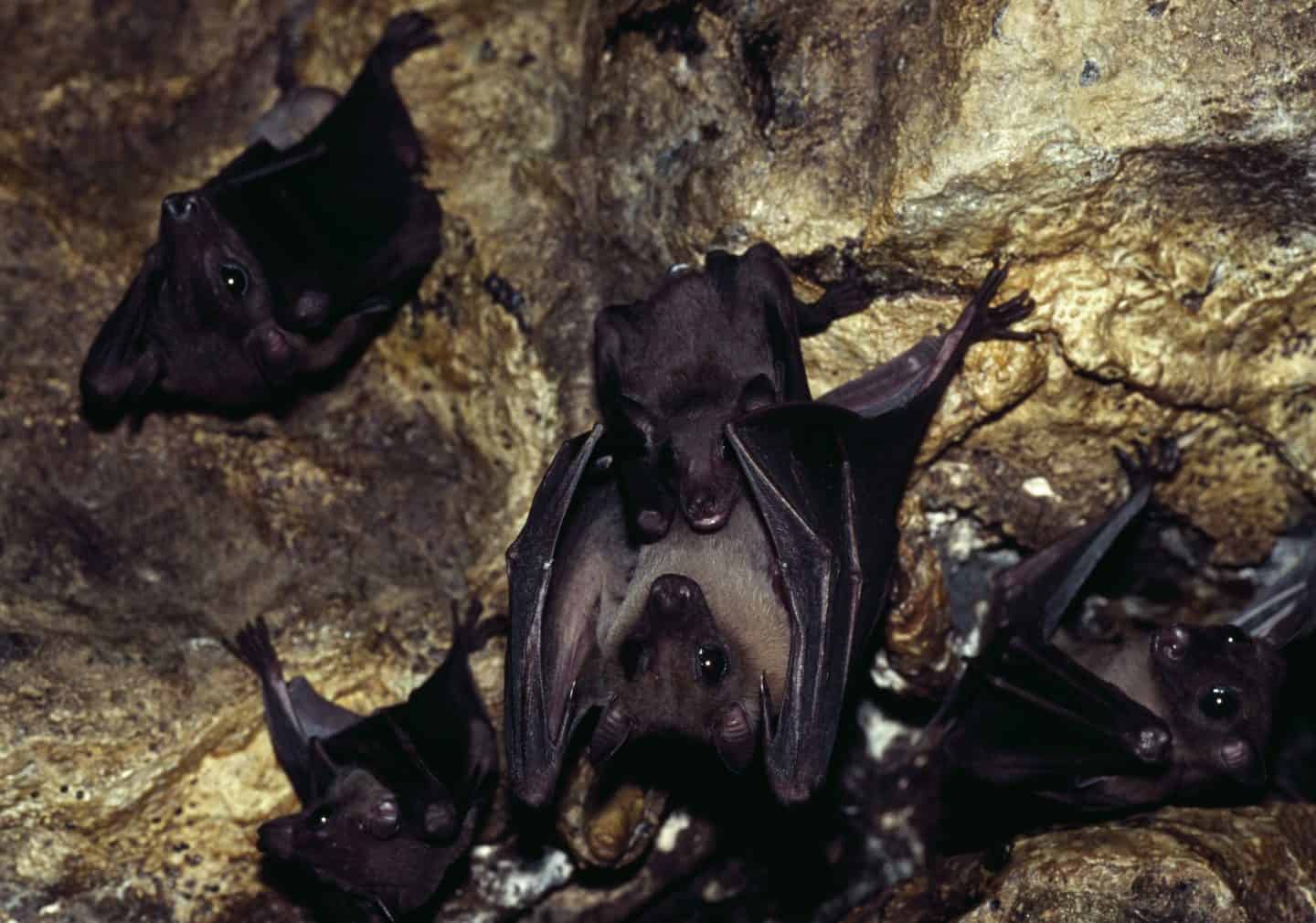 Young bats pick up the dialect of their colony rather than simply mimicking the sounds made by their mothers, research has demonstrated.

The discovery throws up an interesting challenge to the idea that humans are unique in the way we pick up language skills.

Usually when researchers set out to examine how various species – especially mammals – learn to vocalise, factors such as genetic programming and environmental influence prove impossible to pick apart.

A team led by Yossi Yovel at the school of zoology at Israel’s Tel Aviv University, however, came up with a novel way of interrogating the question.

In a report published in the journal PLOS Biology, the scientists describe raising 14 bat pups in artificial colonies. The pups were able to hear their mothers but were also played recordings of entire bat colonies chattering away.

It has been known for several years that such colonies – which often comprise large numbers of unrelated individuals – develop group-specific calls, or dialects. This phenomenon was first recorded by Janette Wenrick Boughman and Gerald Wilkinson of the University of Maryland in 1997.

Yovel and his colleagues set out to investigate how this phenomenon arises.

Research into distinctive vocalisation among other animals – songbirds, in particular – has established that the young learn their specific “lyrics” by imitating a single tutor, usually their mother. The Tel Aviv team wondered if the same applied to bats.

To test this, the bats were raised in conditions where they could hear their own mums, but also the hubbub of an entirely different colony using different group-specific calls.

The result? The group-specific dialect won out.

“The difference between the vocalisations of the mother bat and those of the colony are akin to a London accent and, say, a Scottish accent,” Yovel says.

The researchers now aim to see how bat dialects affect the way individuals assimilate into new colonies. There is no truth to the rumour that they are also working on a bat version of George Bernard Shaw’s Pygmalion.