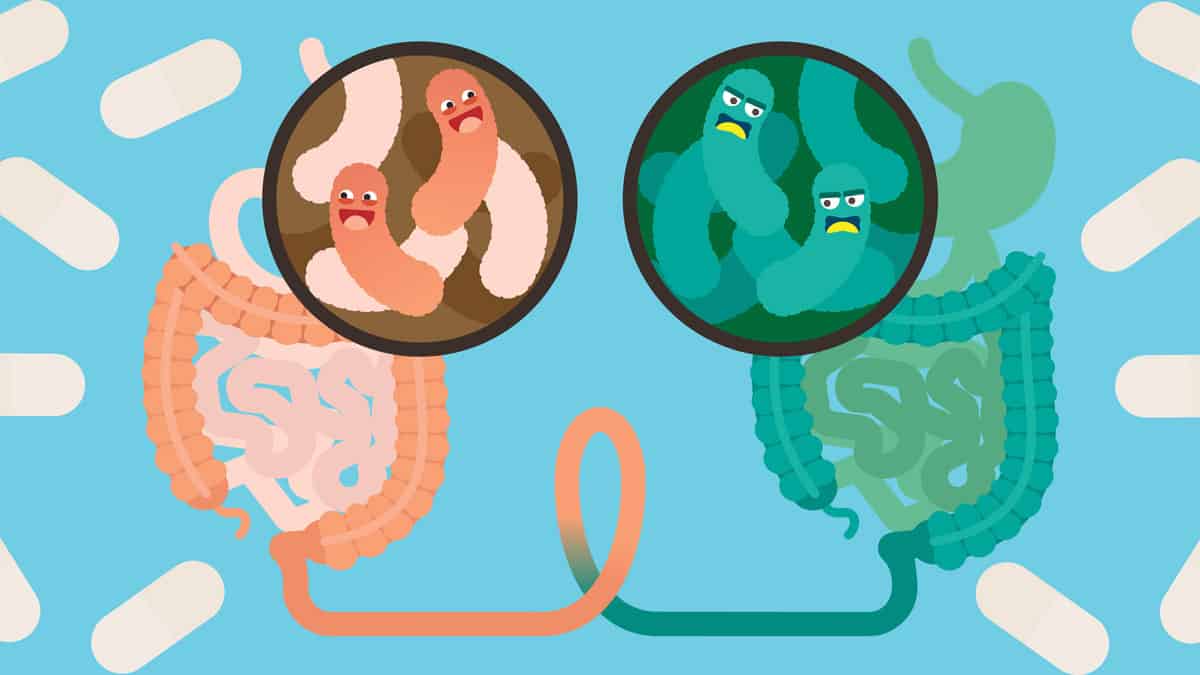 US researchers have called for widespread preservation of human stool, or poo, samples to be used in a medical procedure known as autologous faecal microbiota transplant. The authors of a perspective piece published today in the journal Trends in Molecular Medicine say that this approach to human gut microbiota “rejuvenation” has potential for treating a wide range of diseases.

So, should you be looking into storing your poo in case you need it in the future, in the same way you might put money aside for a rainy day?

To understand how we got to this point, it helps to take a few steps back. The human gut microbiota is a community of microorganisms – mainly bacteria, but also fungi, archaea and other microbial friends – living in the human gut.

This highly complex microbial ecosystem helps carry out many functions that humans need to stay healthy, such as digesting food, guiding the development of our immune system, and keeping other microbes that are more harmful to us from gaining a foothold in our bodies. We shed plenty of microbial cells from our gut into our poo, making stool a convenient proxy sample for studying the gut microbiota.

A large body of research has linked changes in the gut microbiota – sometimes described as “dysbiosis”, or imbalance – to numerous diseases and health conditions, although the questions of what causes these changes and how much they matter remain thornier.

Nevertheless, there are certainly some conditions with a well-established microbiota link. One example is recurrent infection with the bacterium Clostridioides difficile (previously known as Clostridium difficile). This species is usually present in the human gut at low levels, but an ecological disruption such as antibiotics can kill off other species and allow C. difficile to take over, causing severe inflammation and diarrhoea.

Amazingly, a faecal microbiota transplant (FMT) – taking a poo sample from someone else and introducing it into the C. difficile patient’s gut via an enema or another method – has a very high success rate in treating recurrent C. difficile infection, which can be life-threatening.

“That’s really what’s driven a lot of enthusiasm around this whole space,” says Andrew Holmes, an associate professor at the Charles Perkins Centre, University of Sydney, and self-declared ‘crap scientist’. “[FMT] is an absolute silver bullet therapy in that particular case – greater than 90% effectiveness.”

The evidence for FMT in treating other diseases is a bit more of a mixed bag, but it’s a highly active area of research – and several biobanks storing donated stool to be used in FMT have already sprung up. Now, some scientists are calling for a further extension of the FMT paradigm – autologous FMT, or getting a stool transplant from your younger self.

The basic idea works like this: you bank a stool sample when you’re young and healthy. Later, if you develop a disease that could be treated with FMT, you use your own preserved sample instead of one from a donor – theoretically “rejuvenating” your microbiome and returning it to an earlier, healthier state.

In fact, a similar approach is already being explored by some biobanks.

“We noticed that the first stool bank, OpenBiome, actually provides the so-called ‘PersonalBiome’ service, allowing individuals to preserve a copy of their healthy microbiome for the treatment of Clostridioides difficile infection,” says senior author Yang-Yu Liu, an associate professor of medicine at Harvard Medical School (HMS) and associate scientist at Brigham and Women’s Hospital (BWH). “Our idea can be considered as a generalisation of the ‘PersonalBiome’ service.”

Liu and colleagues suggest that autologous FMT could be used to treat several other conditions, including inflammatory bowel disease and ageing.

But since FMT using a donor sample (also called heterologous FMT) already exists, what’s the advantage in using your own sample instead?

“Autologous transplants would naturally avoid or at least mitigate donor-recipient compatibility issues,” says Shanlin Ke, first author on the paper and a postdoctoral research fellow at HMS and BWH. In addition, the authors suggest that autologous FMT should have higher patient acceptability – essentially, less of an ick factor – than heterologous FMT.

Holmes points out that autologous samples might also help alleviate some of the legal and economic barriers to more widespread adoption of FMT.

“It’s so hard to get medical insurance for a faecal transplant, because there’s no doubt that you can give someone a disease by poking poo in them,” he says. “And it basically doesn’t cost anything to get a hold of a sample, so it’s not like some of these other drugs where you can charge a premium for them because you own the IP.”

In terms of cost-benefit ratio, though, stool banking and autologous FMT isn’t quite looking like a sure winner yet. One problem is that we don’t really know much about how effective FMT is with samples that have been in long-term storage.

“The long-term safe storage and subsequent resuscitation of complex microbial communities is a fundamental research question,” agrees Ke. As outlined in the perspective piece, successful FMT has been achieved using faecal samples stored for up to two years at -80°C, but more extreme preservation conditions will probably be needed for longer periods.

Holmes isn’t too optimistic about the potential benefits of longer-term storage for patients.

“It’s a significant cost to store these things for long periods of time, and it’s also unknown if there’s any change in effectiveness over the storage time – so you’ll be paying for this without knowing if it’s going to work,” he says.

“Given the current rate of advances in medical technology, I would bet on people having improved the options over 20 years way beyond what your 20-year frozen turd can do for you.”

And even if we can figure out the secret to safe and effective long-term microbiota storage, it’s best not to assume that our younger self’s microbiota would necessarily make us healthier. For Holmes, our relationships with our microbiota are like any other – they change over time and in different contexts.

“You might have discarded some of those useful relationships for very good reason. Suddenly deciding that you want to force them back on yourself when you’re older is not necessarily a good thing.”

On the other hand, Holmes agrees that shorter-term stool banking immediately before a treatment that’s likely to knock out your gut microbiota, such as a course of antibiotics before surgery, could have considerable benefits for patients.

“If you’ve banked autologous stool beforehand, you can fast-track your recovery from antibiotic disturbance,” he says. “That’s really rational and sensible and would be a great application for this. But it’s the sort of thing that you could almost embed into that actual medical procedure – it’s not the sort of thing that you might do when you’re 35 years old as a reserve for something that might happen 10 years later.”

And what about people already living with the chronic diseases that FMT may be able to treat? Even if they are young, they probably won’t be considered good candidates for autologous FMT. Liu suggests that such individuals could look into storing stool samples from young and healthy immediate family members with similar genetic backgrounds and lifestyles.

The diversity of views makes it hard to shake the sense that stool banking might become just another wellness trend primarily used by wealthy people seeking ‘optimal’ health, rather than to help people in need of treatment.

In general, Liu and colleagues are careful not to over-sell stool banking and autologous FMT too much, but they believe it’s an idea worthy of further research. “There are still many outstanding questions to be addressed, but we think this is a promising direction,” says second author Scott T. Weiss, also of HMS and BWH.

“For scientists working on the human microbiome, we hope that they can spend some effort on animal and human studies to test the idea of rejuvenating the human gut microbiome based on autologous FMT.”

Originally published by Cosmos as Would you store your poo to help future you?