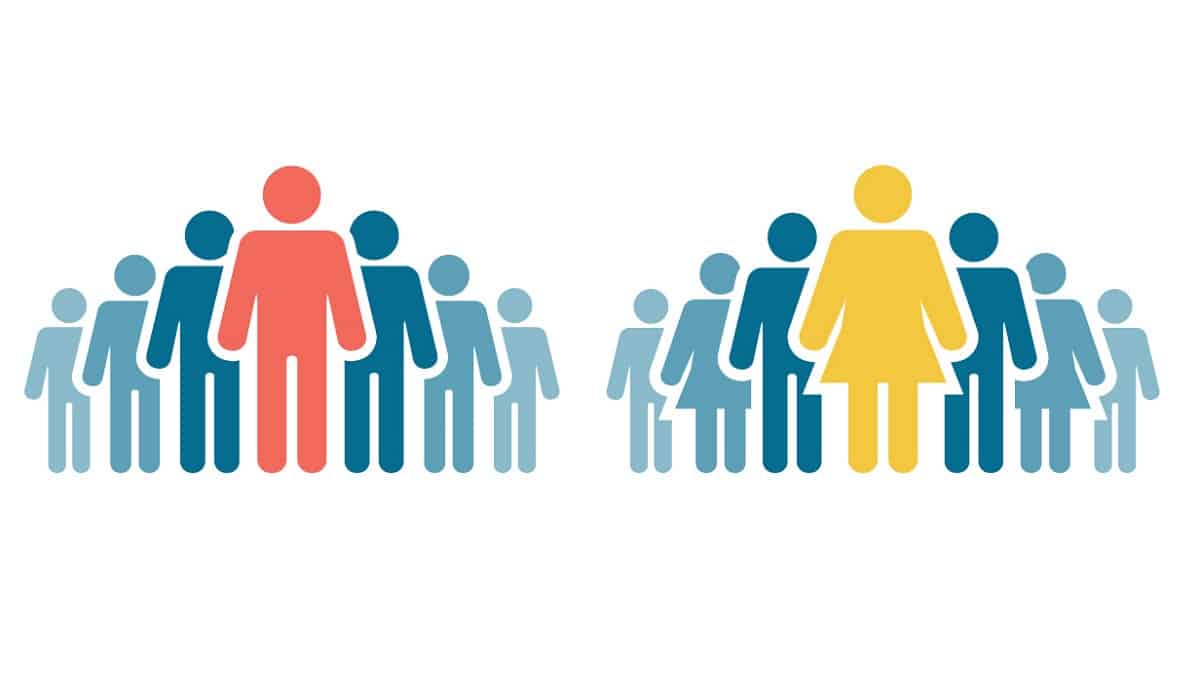 For over a century, the idea of ‘greater male variability’ has been used by some biologists to explain why there are more male CEOs and political leaders than female, among other things. But a meta-analysis in Biological Reviews has challenged this idea, finding that, in animals, greater male variability doesn’t seem to exist at all.

“It’s easier to think of variability as like a spectrum or range,” explains lead author Lauren Harrison, a PhD student in biology at the Australian National University.

“If you think about personalities, for example, we all fall somewhere along a spectrum that ranges from very introverted at one end, to very extroverted at the other. And so, variability is a measure of how spread out our values are altogether.”

In 1871, Charles Darwin suggested that, in general, male animals had more variability in their traits than female animals, possibly because of sexual selection.

The idea was almost immediately adopted by some scientists and non-scientists to explain that, because males were more variable than females, there must therefore be more ‘exceptional’ men, justifying their superior role in society. The concept has never been without its challengers, particularly among female scientists, but it’s remained pervasive.

Harrison, along with colleagues at ANU, went looking for evidence of this hypothesis. She examined over 10,000 published papers from database searches on the topic, eventually narrowing the field down to 204 relevant studies on animal behaviour, covering 220 species (but not humans).

Simply finding these 204 relevant studies was an effort. “I think it took me the better part of three months,” says Harrison. “And that was all that I was doing.”

Once these papers were collected, the researchers used their data to examine five key behavioural traits in animals: boldness, aggressiveness, exploration, sociability and activity.

And their results? “We found no evidence of greater male variability,” says Harrison.

“So really, is it as general as we think? No, it’s not. So maybe it is easier to disprove than we think.”

While their research didn’t include humans, Harrison says they’d be surprised to find the results differed there.

“Our species covered things from dolphins to little beetles and everything in between. Fish, reptiles, birds, and even primates.

“Finding no greater male variability across such a broad number of species shows that, well, in animals, we don’t really see this trend. So if we do see a trend in humans, maybe we need to ask ourselves why we’re so different – what would be causing these differences between men and women?”

Current research on human variability hasn’t yielded heaps of evidence for this trend.

“It’s all quite conflicting,” says Harrison.

“Sometimes they find greater female variability [in humans], greater male variability or no differences. So I wouldn’t really say it’s a very well proven hypothesis at all.”

She adds that this research is another indicator that social differences between men and women are more likely to have cultural, than biological, origins.

“Instead of using biology to explain why there are more male CEOs or professors, we have to ask what role culture and upbringing play in pushing men and women down different pathways.”

Originally published by Cosmos as Another sexist biological hypothesis debunked