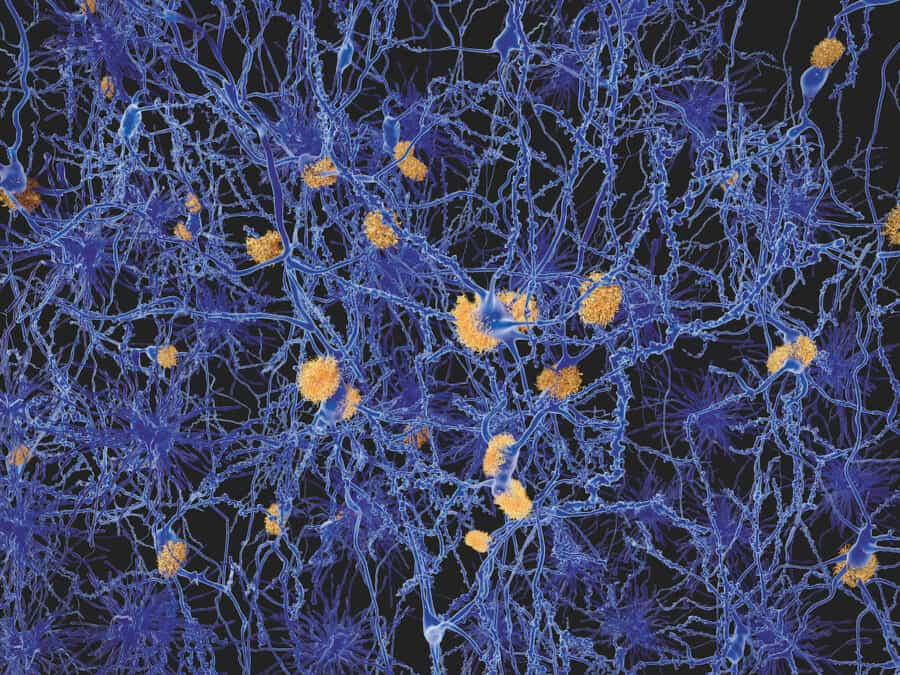 Alzheimer’s researchers have taken a beating over the past decade, as drug after drug has failed to halt patients’ mental decline. Worse, the failures seemed to suggest their major theory for what causes Alzheimer’s disease – clumps of a protein called beta-amyloid accumulating in the brain – must itself be wrong.

Now it seems rumours of the death of the “amyloid hypothesis” were exaggerated.

For a year, researchers gave 165 people with early-stage Alzheimer’s disease monthly injections of either a placebo or an amyloid-targeting antibody called aducanumab. Though the study was small and preliminary, the new therapy made a significant dent in deposits of beta-amyloid, especially in people who received higher doses. For patients in the highest-dose group, the drug removed the bulk of the deposits. It also appeared to slow mental decline – again, especially for patients who received the highest doses.

The trial, conducted by the Cambridge, Massachusetts company Biogen, was detailed in Nature and has already been met with a mixed reaction.

“It’s a great result; in a small subset, the results are so convincing,” says neuroscientist Colin Masters at the University of Melbourne. Others wonder whether the positive results could be a statistical glitch and are reserving judgement until larger trials are completed.

“While the clinical results have generated exceptional enthusiasm, they must be interpreted with caution,” says Bryce Vissel, a neuroscientist from Sydney’s Garvan Institute.

Still, the big question is why this drug shows any success at all, when previous drugs that also targeted amyloid deposits failed to slow patients’ mental decline.

The first involves the way patients were selected for the trial. In previous studies, “a third of patients probably did not even have Alzheimer’s disease”, he says.

Until now, patients were selected based on their scores on mental ability tests, which could not separate Alzheimer’s cases from people with mini-strokes or other neurodegenerative diseases. The current trial was the first to use a new PET brain scan technique to confirm that prospective participants actually carried amyloid clumps.

The second reason for the trial’s success may be the drug itself. Beta-amyloid levels build up in people as they age, yet some people never develop the gluggy deposits. Scientists from Swiss company Neurimmune wondered if that was because those people were naturally producing antibodies to clear the gunk away. To test their idea, they analysed the blood of 1,000 elderly people who did not have dementia, searching for cells that make antibodies against beta-amyloid. Their search yielded aducanumab.

Antibodies used in previous clinical trials were produced in mice by injecting them with beta-amyloid fragments, then waiting for the animals to mount an immune response. Parts of the mouse antibody were then re-engineered to “humanise” them. But aducanumab has different properties to the mouse-made antibodies. For one thing, it does not recognise single units of the protein, only aggregates. And it has already been road-tested in a human – presumably protecting the person who made it from developing the disease.

Whether or not aducanumab can help others fight the disease, as the current trial suggests, will have to await confirmation in a follow-up trial. The current trial, known as a phase 1b, was only designed to test whether the drug could clear the deposits, and to find a safe dose. The patients who received the highest dose showed the greatest slowing of the disease, but also the highest rate of a side effect dubbed ARIA – a slight swelling of the brain. The side effect was higher in patents who carried a gene called APOE4, which increases the risk of Alzheimer’s.

The next trial – a phase 3 – will involve thousands of patients and will measure how effectively the drug slows the disease, as well its potential side effects.

Nevertheless, the current finding is “still an exciting result”, says Ashley Bush, a neuroscientist at Melbourne’s Florey Institute. “It shows beta-amyloid is part of the story.”

The story is thought to be a long one: by the time a person begins to show the first signs of dementia, beta-amyloid may have been accruing in the brain for 20 years.

Many researchers think the best treatment strategy, then, may be to prevent the protein build-up in the first place. “This [current] trial encourages us to believe it’s worth testing amyloid-clearing drugs in people who don’t have symptoms,” Bush says.

She and Masters are part of a study that will test that idea. They are enrolling 100 cognitively normal people aged 65-85 for the “A4 study” funded by Eli Lilly. Globally, 1,000 people are being enrolled. Following a PET scan, those with the first signs of elevated beta-amyloid levels will be randomly assigned to receive a placebo or an antibody that clears amyloid – potentially halting the disease before it has even begun.