Particle accelerators aren’t all gargantuan bits of kit: there’s a room-sized one in Melbourne.

On 7 January, physicist Dr Suzie Sheehy was up before the sun had risen.

That day, two trucks showed up on the steps of the University of Melbourne loaded with huge wooden boxes on pallets tied down to the tray.

Once the boxes arrived, they had to be unpacked in the loading bay (they were too big for the doors) and moved via crane into a radiation-shielded bunker – it had once housed a machine used for photonuclear research, but had spent the past 40 years as a storage facility.

The boxes were filled with something Sheehy had been looking forward to for over a year: half of a particle accelerator, shipped straight from the European Organisation for Nuclear Research, also known as CERN.

“It really made me proud of the team and of their 10 years of work,” Sheehy explains.

“For some of the others I could tell there was a giddy sense of joy – almost disbelief – that it was finally here: against all odds, this equipment had made it across the world in the midst of a global pandemic.”

Sheehy is quick to mention that she wasn’t the one who started this collaboration with CERN. She was living in the UK when the wheels started turning and moved back to Melbourne in 2019 to drive the project, which at that point was ‘on the horizon’.

When we think of particle accelerators, the first (or only) one that generally springs to mind is the Large Hadron Collider (LHC), a monster of a machine with a tunnel 27 kilometres in circumference, which measures the properties of unknown particles and tries to answer the unsolved questions of physics.

“There’s all sorts of applications, which means that now, these kinds of little accelerators… there’s really a commercial market,” explains Sheehy.

“Since moving to Australia, I’ve even discovered that sometimes there are machines in the field at sites for gold mining, so that they can scan through rocks.”

If you’re unlucky enough to be diagnosed with cancer, there’s multiple ways you might end up experiencing a particle accelerator.

“One of the longest standing [uses] is in cancer treatment, in radiotherapy,” says Sheehy.

“So that uses a little metre-long particle accelerator to generate electrons, which then smashes into a target, makes x-rays, and it’s x rays that we use to treat cancer in about 50% of all cancer cases.”

Then, there’s proton therapy, where they skip the x-rays altogether and use protons to destroy the cancer cells – giving patients a targeted dose of radiation to the tumour.

Unlike the kilometres of tunnel the large colliders need to function, these accelerators can be relatively small. But their underlying technologies still need to be researched, tested and even in some cases ‘broken in’ before being sent out into the world.

“You can’t just manufacture one of these things, and then put them in a security scanner and turn it on and walk away – it has to go through a process called conditioning,” says Sheehy.

“You know when you get new leather shoes and you have to break them in before they’re comfortable? It’s kind of like that – but for a particle accelerator.”

The machinery is moved into place at the University of Melbourne. Credit: Dr Matteo Volpi

That’s where the new Melbourne machine comes in. When it was at CERN it was nicknamed the XBOX-3 – an X-band testing facility. This means that it operates in the high frequency ‘X-band’, at around 12 GHz.

Originally a research step for the yet-to-be-built Compact Linear Collider (CLIC), the XBOX-3 was used to test the next generation of slimmer, compact, higher-frequency accelerators. Scientists at CERN have been developing the technology for CLIC for more than 20 years, and researchers have found that pushing up the frequency into the x-band to make the accelerator ‘skinnier’ had another surprising benefit.

“What they discovered was that it also makes it more compact lengthwise, because you can actually push up the electric fields very, very high,” Sheehy says.

This means potentially smaller yet more powerful accelerators and colliders.

Made up of klystrons (a type of microwave amplifier) modulators, radio-frequency pulse compressors and more, the ‘compact’ XBOX-3 still takes up an entire large room. Just one of its four modulators weighs in at 1.3 tonnes.

But Sheehy and her team didn’t get the whole of the XBOX-3, just half. So, what can you do with half an X-band testing facility?

“Imagine water feeding in through four pipes and then you’re joining those pipes together into one to get a larger throughput – to get more power or water through,” Sheehy explains.

“There’s some advantage to having the control from the four different power systems. So, there are essentially four different ones – in two and two, and then two of them were sent over to us.”

The XBOX-3 is modular – with four pulse compressors, klystrons and modulators, the machine is comparatively easy to break in half and ship halfway around the world. As long as you’ve got time, patience, a crane or two and a lot of bubble wrap.

“It felt like a bit of a rock-star moment to bring it in,” Sheehy admits.

They’ve called the Melbourne half of the XBOX-3 the MelBOX, and researchers such as CERN alumni Dr Matteo Volpi are hard at work getting the X-band testing facility online.

“Having the only X-band facility this side of the equator is a huge boost to the growing accelerator-physics community in Australia,” says Sheehy.

“It will allow us to train specialists, do novel research and create exciting industry-engagement opportunities.”

When the MelBOX turns on later this year it’ll be testing and breaking in the main ‘guts’ or cavities of other particle accelerators.

But even when that happens, it won’t be a particle accelerator quite yet. It’s missing one crucial part – the particles.

“But we plan to turn it into one by adding a source of electrons at the start,” adds Sheehy.

“Our Canadian and Dutch collaborators are currently working on preparing the electron sources, which they plan to ship over to us and we’ll add them on.”

Originally published by Cosmos as A mini Large Hadron Collider? 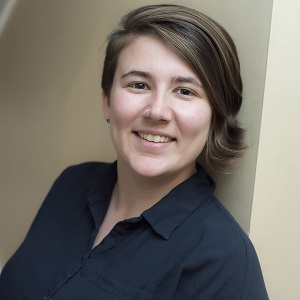