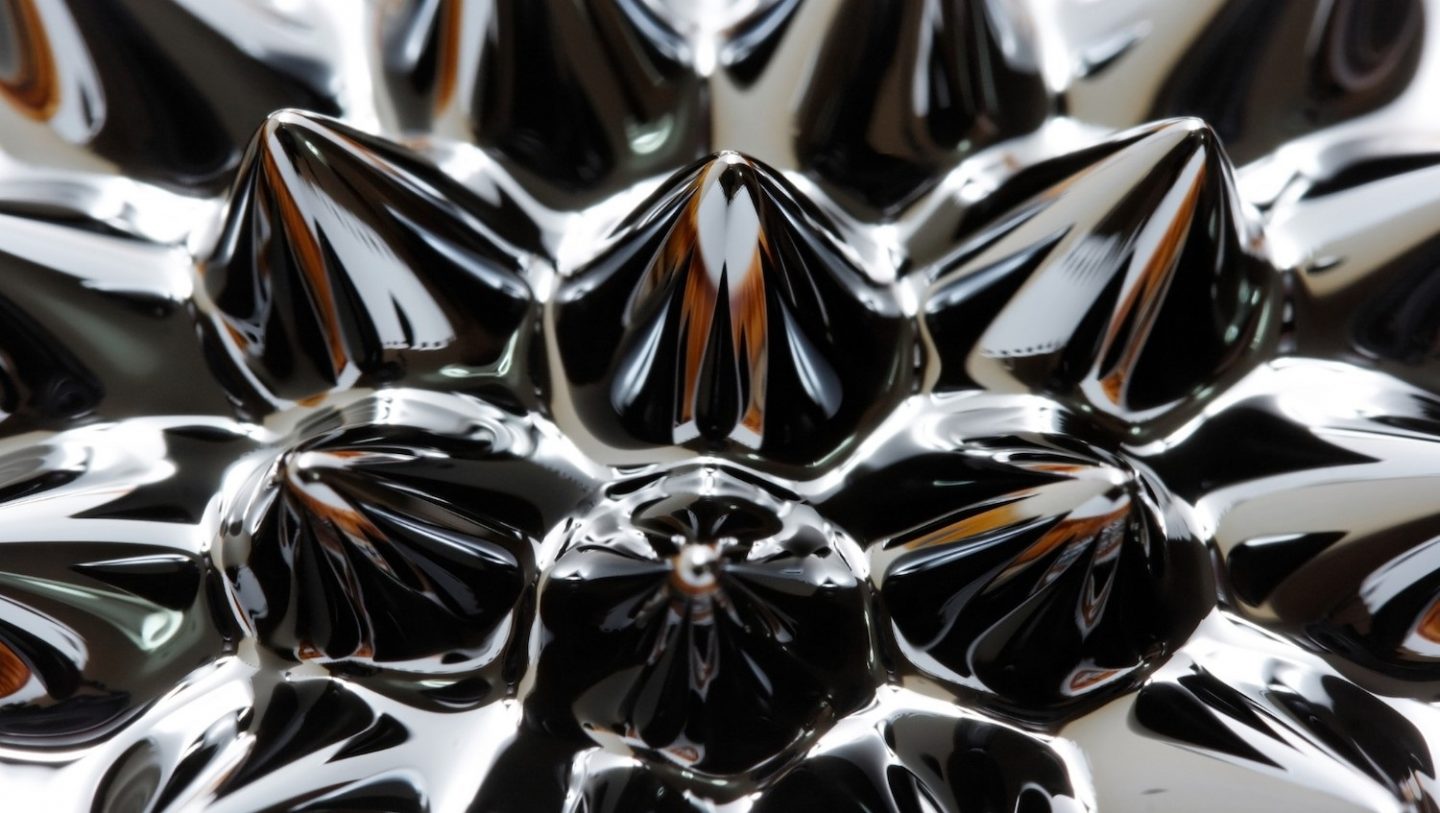 A ferrofluid is created when small solid particles of magnetic material are suspended in a liquid. The new research goes one better. Credit: Virtualphoto / Getty Images

Scientists have discovered how to make a magnet out of a liquid, by suspending iron oxide particles in a mixture of oil and water.

The magnetism of the liquid can be created by an external field, and even when it’s deformed – squished – it retains its magnetism.

The ability to make magnets that can be shaped to fill a space or morphed into a particular configuration by an external magnetic force opens up a host of possibilities, says Tom Russell from University of Massachusetts, US, a co-author of a paper published in the journal Science.

“We 3D printed a cylinder for the paper, but I could make something that has the shape of an octopus, with arms that are like propellers, that can be used to propel things through liquids,” Russell says.

“Or, this is really far-fetched, but I can conceive of making something I call a liquebot, a little man with magnetic arms and legs that can walk along and grab something.”

The scientists were attempting to make a liquid with temporary magnetism, an effect known as paramagnetism.

However, they were stunned when the liquid droplets continued to “dance” after the external magnet was removed: somehow, they had become permanently magnetic, or ferromagnetic.

“We almost couldn’t believe it,” says Russell. “Before our study, people always assumed that permanent magnets could only be made from solids.”

It is not a new idea to suspend small solid particles of magnetic material in a liquid to form a ferrofluid, which responds to a magnetic field. However, whenever the magnetic field was removed the magnetic particles would realign to cancel out their individual fields – like bar magnets snapping together head to tail.

The difference in this experiment is that the nanoparticles are in a mixture of oil and water. Each particle of iron oxide is coated with molecules that bond with water, via carboxyl groups, while the oil contains a surfactant molecule with an amine group that likes to connect with the carboxyl group.

The result is droplets of water suspended in the oil, with their surface lined with magnetic iron oxide particles. But how that leads to a permanent magnet is mysterious.

“But the part I don’t fully understand,” says Russell, “if you measure its field, it’s as if every particle inside the droplet is participating, even the ones in the liquid, moving around. If you break it into parts the field stays the same.

“That means the jammed shell is coupling the magnetisation to those particles that are floating around inside. Don’t ask me how that’s done, it’s not a standard type of coupling – even the magnetics jocks are baffled.”