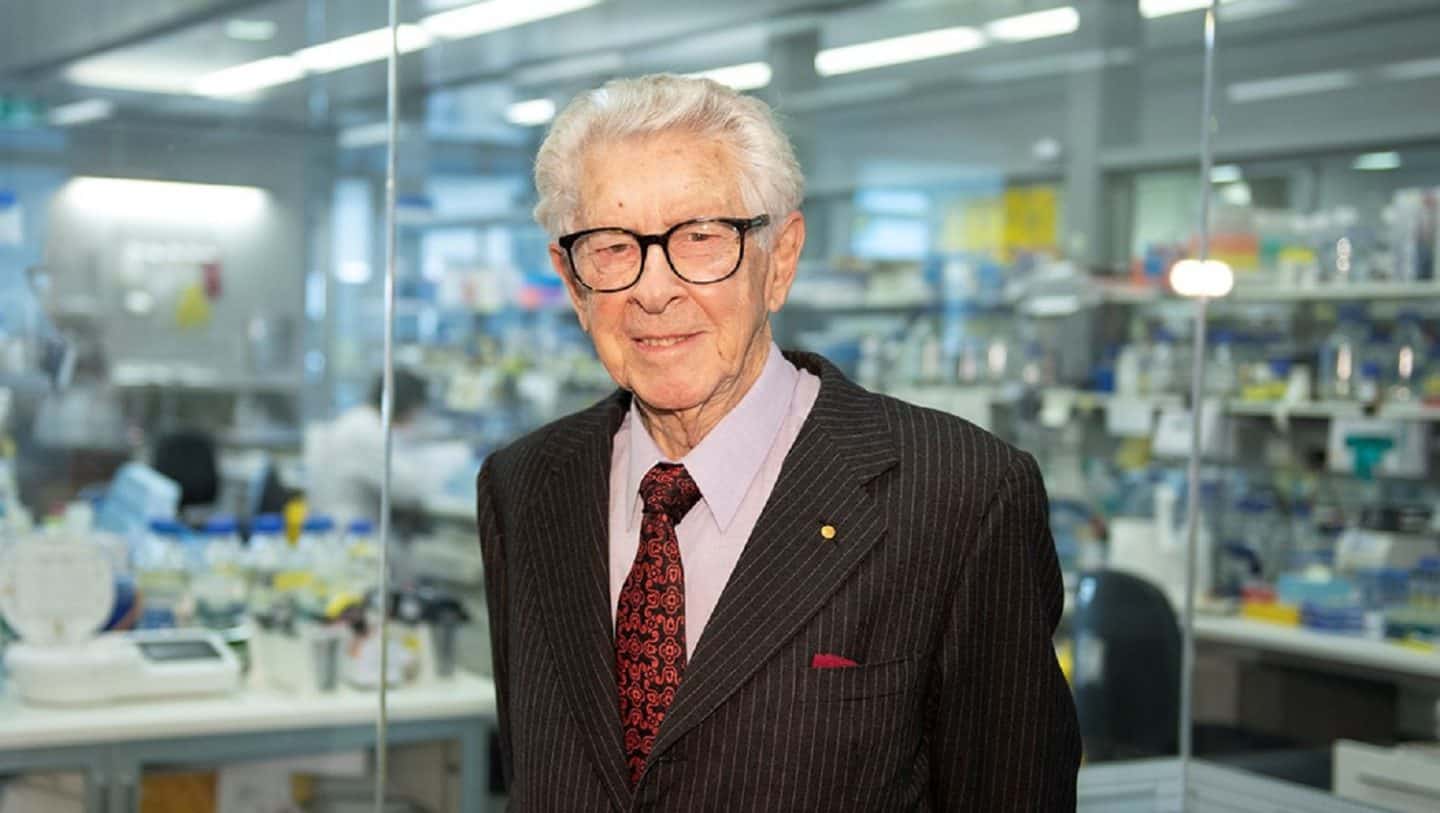 At Cosmos we’re more about science than poetry, but sometimes the opportunity arises to combine the two.

In this instance it was the news that Emeritus Professor Jacques Miller AC, from the Walter and Eliza Hall Institute (WEHI) in Melbourne, Australia, was the joint winner of the 2019 Albert Lasker Basic Medical Research Award.

He shared the prestigious international prize with Professor Max Cooper of Emory University, US, for their work identifying immune cells called T and B cells, which have critical roles in our immune system.

Miller also discovered the fundamental role of the thymus in the mammalian immune system, and Professor Ian Wicks, a colleague at WEHI, was moved to pen the following in his honour.

Miller shares Wicks’ artistic interests. He is a keen and talented painter.

It was the last known organ

with no known function –

just a fleshy mass in the thorax

that withers with age,

From this distance, we would agree

it was a problem worth solving.

it was not so surprising

that a Franco-Australian medico,

who had seen TB up close

in his family, taking flight from war,

suspected he was just not suited

for a life of orthodoxy

Or, that one day young Jacques Miller

advertised in the MJA.

And with that he departed

from his sandstone alma mater,

and a bursary from the Antipodes,

at an outpost of the Chester Beatty,

in stables for the horses, converted

into a makeshift laboratory

in the English countryside, near Pollard’s Wood.

He says he had no intention

of solving a major problem,

but was intrigued by Gross’ virus,

and so, with surgical flair, he set to work,

excising and transplanting the thymi

from newborn mice, and engrafting a tapestry

of matched and mis-matched skin.

It was an experimental masterpiece.

And while 60’s London swung,

are in fact essential – the birthplace of T cells,

for no less than the defence of self, seeding every infant

with a unique immunological repertoire

within days, and for life.