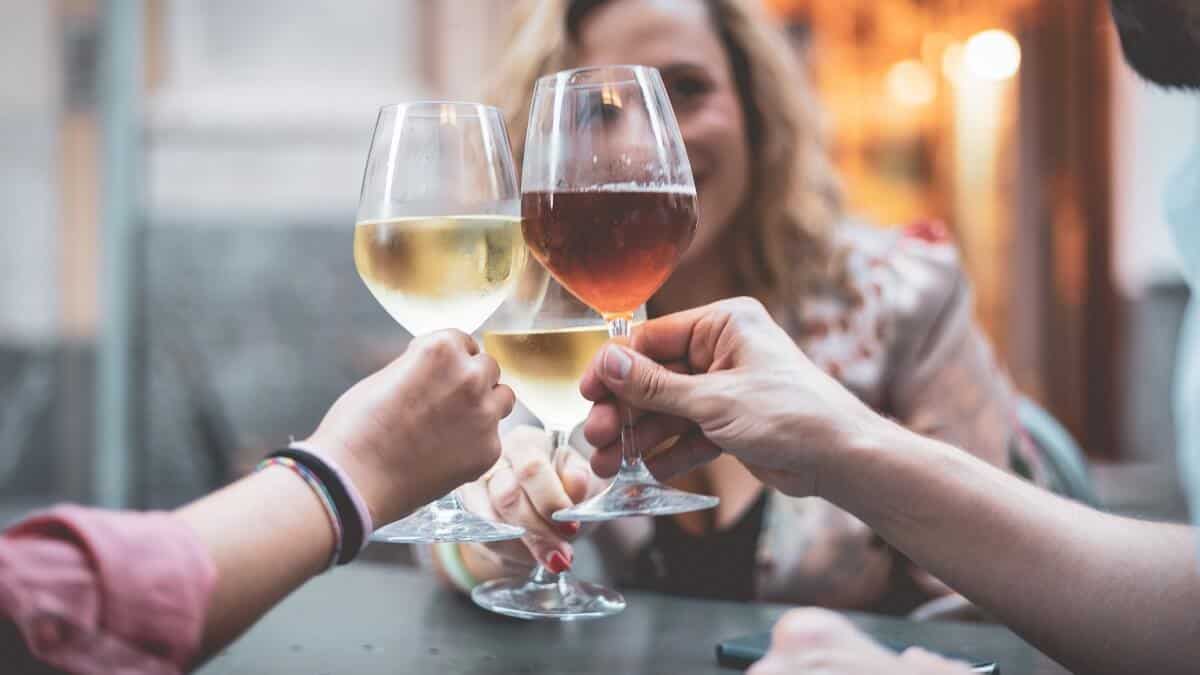 Happy New Year and welcome to 2022! Whether or not you had a party last night, we can all agree the science of ethanol is super fascinating. Here are 11 of our favourite alcohol stories published in 2021.

1.     Low or moderate drinking might not be good for us after all

While the evidence on alcohol consumption varies from study to study, it’s generally thought that people who drink in moderation live longer than people who abstain entirely. But new research casts doubt on this, finding no difference between the lifespans of moderate drinkers and those who’ve never had alcohol.

Instead, the German study suggests that previous research on abstainers’ shorter lifespans fails to take into account that many of those abstainers had recovered from alcohol use disorders, addictions and other ailments which increase mortality.

Japanese researchers have developed a pair of earmuffs that can measure real-time changes in your blood alcohol concentration. Turns out our ears give off as much alcohol as our breath, so the earmuffs could be an alternative to a breathalyser.

The study, published in the journal Scientific Reports, was led by Kohji Mitsubayashi from the Tokyo Medical and Dental University. It presents a proof of concept, describing a modified pair of commercial earmuffs with an ethanol vapour sensor that detects alcohol on the skin, then causes a light to glow at different intensities depending on booze level.

A few wines a week may slightly decrease risk of irregular heart flutters, according to a study published in Clinical Electrophysiology – but the jury is still well and truly out on whether wine is good for your health, and responsible drinking is still required.

A recent study, involving the University of Adelaide and Flinders University, analysed how small quantities of alcohol affect the risk of arterial fibrillation (AF) – rapid heartbeat that can lead to heart complications. the team found that found that, while drinking larger volumes of alcohol always has negative outcomes, the lowest risk of AF occurred in people who consumed less than seven glasses of wine a week, even compared to people who drank none.

Chemical residue from grapes has been found inside medieval containers from Islamic Sicily, suggesting there was wine production on the island.

A study, published today in the Proceedings of the National Academy of Science, examined amphorae from the 9th to 11thcenturies, and found evidence that the containers had been used to store wine.

5.     Zeroing in on zero-alcohol beverages

Australian sales of zero-alcohol beverages – which mimic alcoholic drinks, but contain less than 0.5% alcohol – have sharply increased over the past two years. They’re marketed as a healthier alternative to alcohol, but a commentary in Drug and Alcohol Review has called this into question, saying more research is needed to see whether they actually reduce drinking, or if they could be a gateway to more alcohol consumption.

“We really need to understand how people are using zero-alcohol products,” says Dr Cassandra Wright, senior author on the paper and a researcher at the Menzies School of Health Research.

Zero-alcohol beverages have been presented as harm-reducing substitutes for alcoholic drinks, but Wright says there’s no evidence they reduce alcohol consumption at a population-wide level.

When you crack open a cold beer at the end of a long day, food waste is probably not on your mind. But the process of making beer generates massive amounts of leftover grain – and researchers from Virginia Tech in the US have just developed a new way to use it.

Once the flavour has been extracted from barley and other grains, what’s left over is a wet powder mostly composed of barley malt grain husks. Called brewers’ spent grain (BSG), this byproduct is rich in protein and fibre. Every 100L of beer brewed generates 20kg of wet BSG – adding up to around 40 million tonnes per year worldwide. As craft brewing becomes more popular, it adds even more waste to this figure.

“There is a critical need in the brewing industry to reduce waste,” notes Haibo Huang, food scientist and project lead from Virginia Polytechnic and State University.

7.     Alcohol metabolised in brain, not liver

A paper published in Nature Metabolism has revealed new information about an enzyme in the brain that’s responsible for some of the effects of alcohol intoxication.

Ethanol blocks and affects some receptors in the brain itself and also turns into other psychoactive molecules through metabolism.

This research focused on one of the metabolites from ethanol: acetate. Acetate is partially responsible for some behavioural effects of alcohol intoxication, because it interacts with the inhibitory GABA neurotransmitter. This can affect motor function, among other things.

Some pesticides can be harmful to humans, but beer may be an organic solution to that problem, suggests a study published in Frontiers in Sustainable Food Systems.

A team of researchers, led by Maite Gandariasbeitia from NEIKER-BRTA Basque Institute for Agricultural Research and Development in Spain, has investigated organic by-products of used beer grains (called bagasse) and canola (rapeseed oil) cakes, to find that they make a useful pesticide when mixed with cow manure.

9.     The stressful impact of alcohol

Enjoying a couple of drinks or three can be a great way to unwind, oil the conversation and unleash the inner merrymaker. But why do some of us push on despite swearing “never again” after the last hangover from hell?

Researchers from Australia and the US say they’ve shown – in rats at least – how alcohol impacts brain regions associated with stress and pleasure, and, perhaps not surprisingly, dampens our impulse control.

“We show binge alcohol consumption over a long period of time changes the parts of the brain that manage our responses to stress,” says Selena Bartlett from the University of Queensland, senior author of a study published in the journal Neuroscience.

Blue cheese, beer and wine – it’s the hipster’s smorgasbord, but it turns out humans have been chowing down on these delicacies for a very long time.

New research, published today in Current Biology, shows that preserved human poo – otherwise known as coprolites – in an Iron Age salt mine in Hallstatt, Austria contained traces of two types of fungi known to be used in food fermentation to make blue cheese and beer. The find comes hot on the heels of the announcement of the discovery of a 1500-year-old Byzantine winery in Israel this week.

You might soon be taking a new wine to your next Aussie barbecue: xynisteri.

Researchers led by Alexander Copper have been investigating three Cypriot grape varieties at the University of Adelaide. As well as growing well in hot and dry Australian vineyards, the grapes proved to make tasty wines comparable to pinot gris and ghardonnay.

“With climate change placing greater strain on the resources needed to sustain viticulture, it is necessary for the global wine industry to investigate alternative grape varieties better suited to hotter climates,” says Copper.