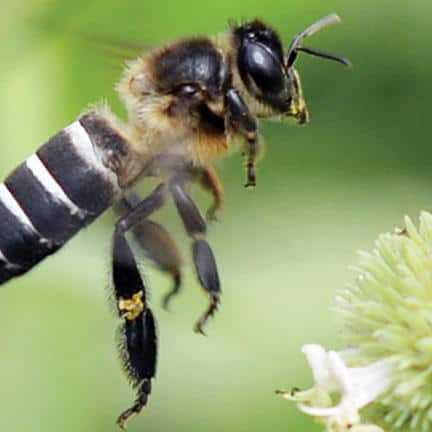 When honey bees go house-hunting, how does the whole colony agree on where they should live? You might think the queen rules but actually colonies are more like a democracy. My research shows different species vote in different ways.

When it’s time for Western honey bees to start a new colony, a single queen plus thousands of her workers issue forth from the hive and cluster on nearby plants. Scouts head out in search of a large dry cavity. On their return they dance, waggling their abdomens in a stylised figure-eight movement that is code for the distance, direction and quality of the potential nest site. The dancer’s goal is to excite other scouts to visit the site, who may then return and add their own dance of approval. Through this vote, Western honey bee swarms select the best available nesting location.

Asian bees are not so picky. While the scouts do evaluate and dance for nesting locations, their audience often doesn’t take the trouble to do its own evaluation. The process is less rigorous, but it avoids a tied vote. Decisions get made fast.

The behavioural rules that honey bees use to reach collective decisions are inspiring algorithms to solve big data problems. The solution to many of humanity’s problems can be found by studying the natural world, if we know where to look.

James Makinson is a biologist at the Queen Mary University of London.