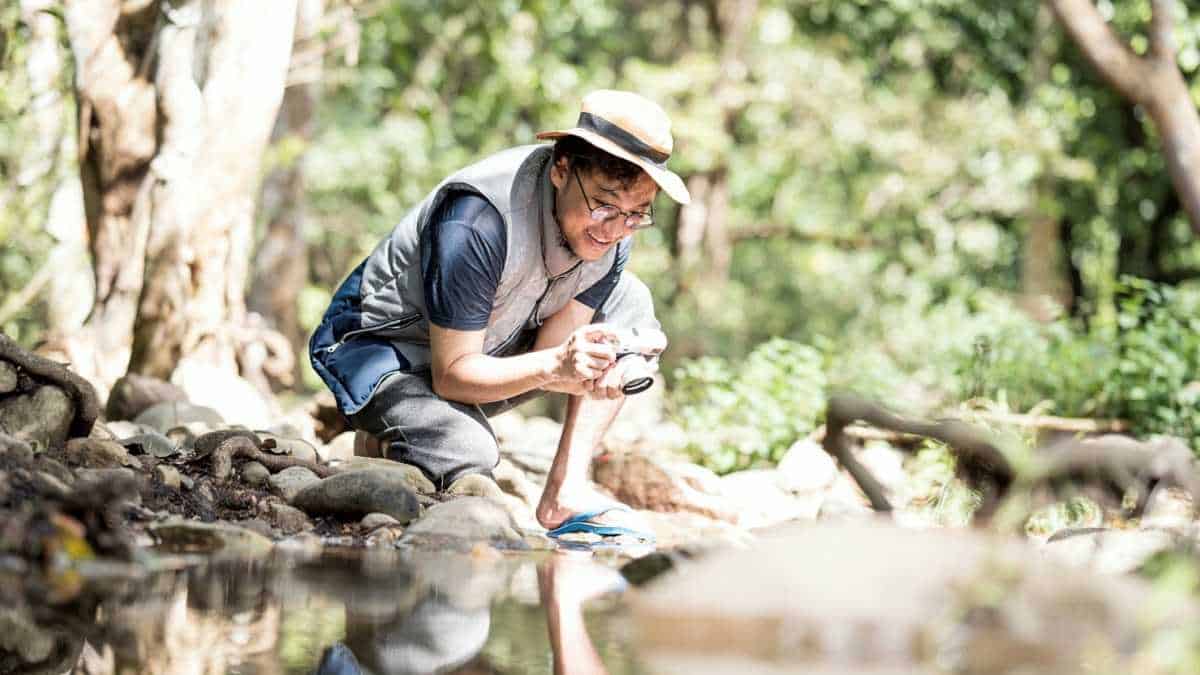 Citizen science is an increasingly valuable and legitimate scientific tool where the general public – people without any formal scientific training or education – become actively involved in scientific research.

Modern citizen science has been around for over 100 years, though the phrase “citizen science” itself wasn’t coined until the mid-1990s by sociologist Alan Irwin. With an increase in accessibility of new technology like the internet and smart phones, there’s been a dramatic increase in the number and diversity of citizen science projects in the last few decades.

Citizen science was featured in the Cosmos Science Briefing panel as one of the “7 ideas that are changing the world”.

It’s truly a gamechanger if it allows scientists to undertake research that wouldn’t have been otherwise possible, perhaps due to a lack of people, or funding. It’s also an opportunity for education and outreach where the participating public can learn about science and the process of scientific research.

Citizen science has been used to help classify recordings of baby-talk, identify behaviour changes in birds during COVID-19 lockdowns, and even discover a massive coral on the Great Barrier Reef.

Here are some hand-picked citizen science projects and resources which might help you start your journey becoming a citizen scientist.

Why not get involved in these citizen science projects?

Estimates suggest that more than 70% of Australia’s insect diversity is still largely unknown to science, meaning they don’t have a formal name. Insect investigators is a collaborative science project working with schools across South Australia, Western Australia and Queensland to collect invertebrate specimens – insects, bugs, spiders, and some marine creatures – and then describe them formally.

The team of taxonomists run sessions with students to educate them in the scientific process and how it’s applied to Australian biodiversity. They head out with students into regional Australia to catch insects and then expert taxonomists hit the microscopes and DNA labs to place the species within the tree of life. They then head back to the students who found it to name the species.

There’s nothing better than playing a game that actually teaches you something, and with Foldit players can get hands-on experience with the incredibly important molecular biology process of protein folding. Players solve how a protein folds into a 3-dimensional, functional structure based on its amino acid sequence.

Predicting how proteins fold is incredibly computationally demanding, so the researchers rely on player intuition and reasoning to discover new folds and protein designs to then test in the lab.

What’s better than getting out and about in nature while learning something new about the incredible wildlife you encounter? QuestaGame is an outdoor, multiplayer, adventure game where the mission is to take pictures and submit as many sightings of unique species as you can. Even better, the sightings are shared with national and global biodiversity databases.

Citizen scientists are helping speed up research focusing on one aspect of Alzheimer’s disease with the online game Stall Catchers. Researchers had previously discovered that in mice with Alzheimers, stalls (clogged blood vessels in the brain) are responsible for this blood flow reduction, and by reducing the number of stalls the lab was able to restore memory and reduce other cognitive symptoms in mice.

But to understand exactly how stalls are contributing to Alzheimer’s they need to get through a lot of data, and that’s where Stall Catchers comes in; players look at videos of the brains of mice and try to identify blood vessels as either “flowing” or “stalled.”

Zooniverse is the largest and most popular global platform for finding online citizen science-powered research, and is home to some of the internet’s most successful citizen science projects – like Galaxy Zoo, Chimp & See, and Backyard Worlds: Planet 9. It also lets you know which projects could really use your help right now, in case you need help narrowing down your choice!

Through SciStarter’s project finder you can find, join, and contribute to science through more than 3,000 formal and informal research projects, events, and tools, and even filter by location to find projects near you.

You can read about and join projects run by CSIRO and of course, look back through the stories written on the Cosmos website under our Citizen Science tag.

Originally published by Cosmos as Get involved in scientific research with citizen science!