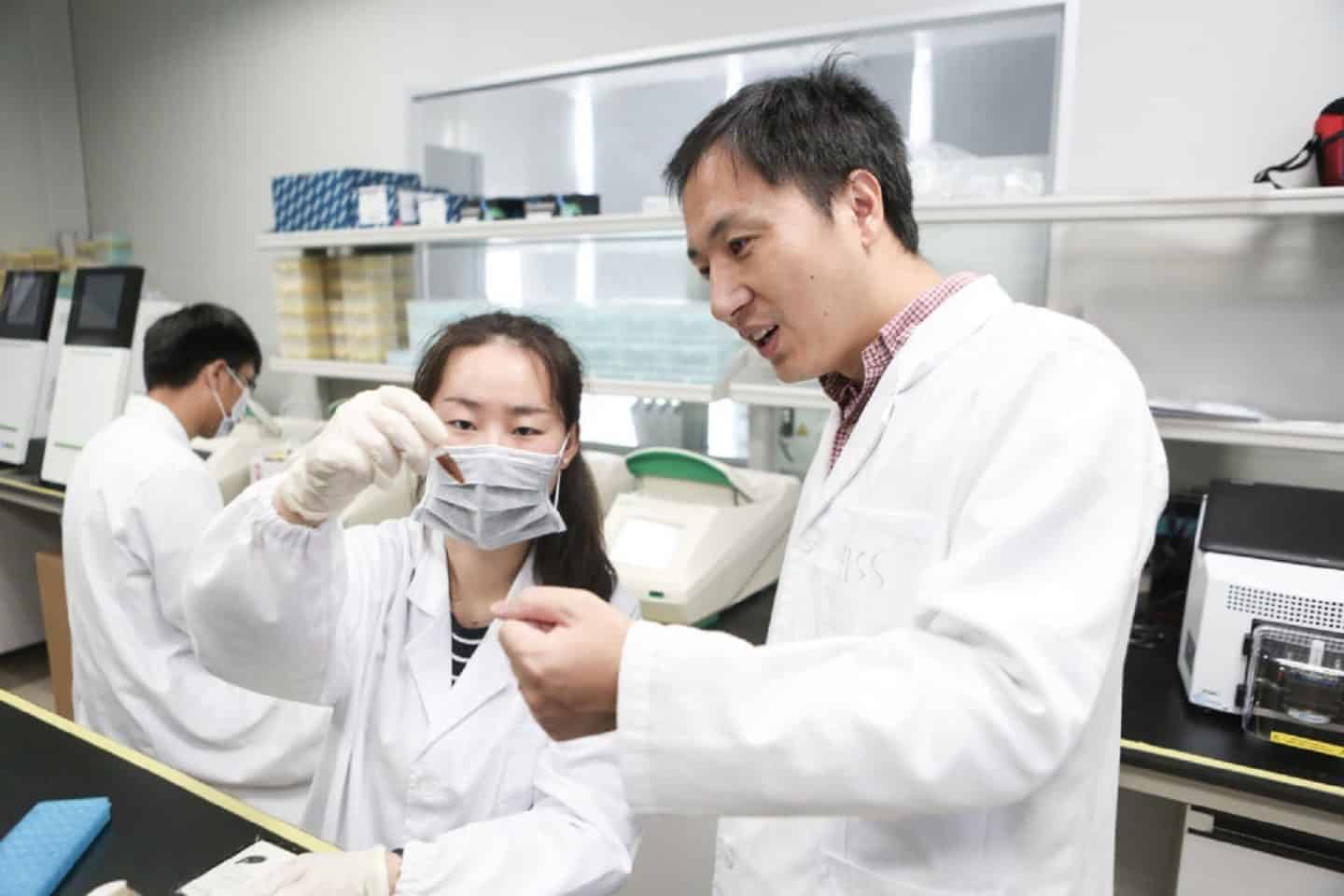 In November 2018 Chinese biophysicist He Jiankui announced to the world the advent of the first genetically edited human babies. Chaos ensued: a mixture of horror and amazement. How did the science work, and was it ethical?

Now that the dust has settled, a pair of papers published in the journal PLOS Biology analyse the quality of the science and sift through the ethical wreckage to find a way forward for gene editing technologies.

He, then of the Southern University of Science and Technology in Shenzen, China, recruited couples who wanted children, but were prevented from doing so by the male partner’s HIV-positive status. The woman was required to be free from infection. Geneticist He carried out the research while on leave from the university, taking up a position at a local hospital.

Through IVF, the scientist generated viable embryos and then used the CRISPR/Cas9 gene editing technology to modify the CCR5 gene in the embryos. This is the gene used by HIV as a gateway into the body. His hope was to induce a specific mutation that would prevent later HIV infection.

The embryos were then implanted and gave rise, He claimed, to two baby girls, known only as Lulu and Nana.

Though the exact circumstances of the research remain unclear, it seems most of the work was conducted in secret and flew in the face of the most basic ethical safeguards and procedures.

As the legendary bioethicist Arthur Caplan, from New York University School of Medicine in the US, reveals, this is worryingly par for the course in ground-breaking gene editing sciences.

Early pioneers, including Martin Cline of the university of California, Los Angeles, in the US, “violated core tenets of research ethics”, according to Caplan. Cline attempted to use recombinant DNA therapy on human patients without the relevant permissions and in contravention of established ethical guidelines.

James Wilson of the University of Pennsylvania oversaw the first fatality associated with gene therapy. In doing so, he and his team ignored findings that should have thrown doubt on the suitability of the test subject, Jesse Gelsinger, who died aged 18 from the viral vector administered to him in the trial. Wilson and the University also seemed to have financial conflicts of interest.

Jiankui He fared little better, and also seems to have had financial conflicts of interest.

“Patents were being sought,” writes Caplan, “and clients were attracted to the infertility program where Jiankui worked and where he and his team stood to profit by recruiting subjects to the clinic with promises of disease prevention.”

There is also much doubt as to whether the parents were properly able to give informed consent, given the complex paperwork and lack of clear explanation from the researcher and his team. In light of the field’s history, however, his conduct is in keeping with a certain ingrained recklessness.

But it’s not just the ethics that are dubious.

The researchers believe that the very purpose of the work, making the girls immune to the HIV carried by their father, was misguided. Preventing the infection of babies with an HIV-positive father can be successfully carried out using techniques such as IVF, they note, meaning that “gene editing in embryos is completely unnecessary”.

They further say that the CCR5 mutation He was seeking to induce does not ward off all strains of HIV. It’s also extraordinarily rare in the Chinese population, so, they add, “it is very difficult to predict the risk of introducing the [mutation] into a Chinese genetic background”.

They also identified issues with the technicalities of the science, labelling it “very poor and superficial”. They note that Jiankui drew unwarranted conclusions and developed inappropriate therapeutic protocols from animal models. He also used a CRISPR/Cas 9 technique that regularly gives rise to unwanted insertions and deletions (known as indels) and thus unpredictable mutations. His team also employed unreliable diagnostic techniques to check for such mutations.

Beyond these problems, the research itself has never been published or peer reviewed. In fact, its only presentation has been through the media, a YouTube video and some PowerPoint slides screened at the 2018 World Summit of Human Gene Editing.

Caplan agrees, noting that “presenting the results of ground-breaking work by press conference and YouTube is not science”. Given this state of affairs, any attempt at experimental replication or cross checking is nigh on impossible.

Wang and Yang draw a harsh conclusion: “Based on currently available information, we believe there is no sound scientific reason to perform this type of gene editing on the human germline, and that the behaviour of He and his team represents a gross violation of both the Chinese regulations and the consensus reached by the international science community.”

So how do we check, curb and regulate these reckless forays into transforming the very nature of human beings?

While Caplan suggests that there may well be a place for germline editing of human beings in the future, all such research must proceed slowly and with the utmost caution and care for ethical issues.

“For germline editing to proceed in the wake of the fiasco of Jiankui’s Hong Kong announcement,” he writes, “it will take serious action, not rhetoric, to ensure that accountable norms and values undergird future work.”

Caplan makes a dozen suggestions, including tighter regulations around the declaration and management of financial conflicts of interest, an enhanced informed consent process, and the boycott of “any nation’s germline work not conforming to ethical standards at meetings and conferences”.

Particularly painful to researchers would be his advice to rescind funding for scientists who violate ethical guidelines and the refusal to cite by name authors and their institutions who publish ethically compromised findings.

While Caplan sees these as useful starting points, he suggests they will need development and enforcement. “Regulation and penalties,” he writes, “need sufficient bite to assure the public that renegade science has no future in designing our descendants.”