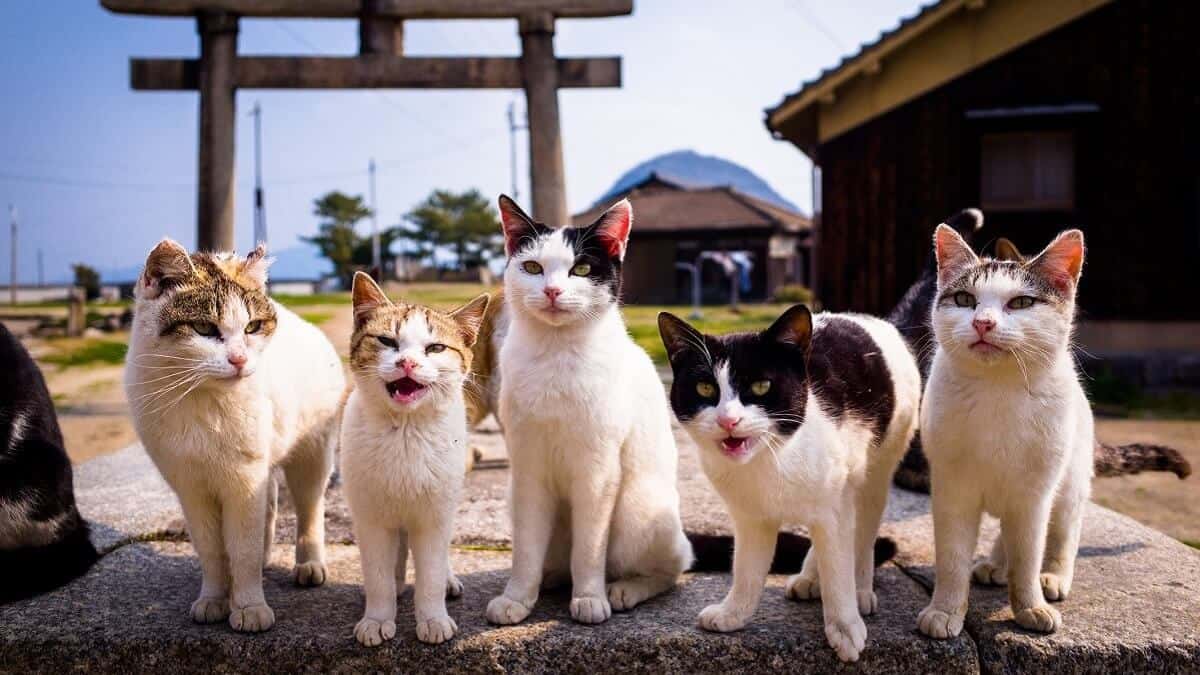 Most feline species are solitary and territorial, but domestic cats (Felis silvestris catus) can often end up cohabitating in large groups. So how do they put up with each other?

That’s the question Japanese researchers are exploring, and they started by looking at the relationship between hormone levels, gut microbiomes, and social behaviours in cats living in high densities.

They found that domestic cats with low cortisol and testosterone levels are more tolerant in their interactions with other cats than those with high levels of these hormones, according to their new study published in PLoS ONE.

And, contrary to their expectations from research on animals that typically live in groups, domestic cats with high levels of oxytocin  (the so-called “love hormone”) didn’t display bonding behaviours.

“Low testosterone and cortisol concentrations in cats enabled them to share the space and live together, but the higher the oxytocin, the less affiliative behaviour with others and the lonelier they are,” the authors say.

Over  two weeks the team, from the Laboratory of Human-Animal Interaction and Reciprocity at Azabu University in Tokyo, Japan, studied three different groups of five domestic cats living together in a shelter.

They used video cameras to observe the cats’ behaviour, collected urine samples to measure the levels of cortisol, oxytocin, and testosterone, and collected faeces to determine the make-up of microbial species in the cats’ microbiomes.

Interestingly, cats with higher testosterone concentrations had a greater tendency to escape the experimental room than those with lower concentrations. Cats who made contact with other group members without fear had lower cortisol (the primary stress hormone) levels.

“Oxytocin usually functions in an affiliative manner within groups, but our results suggest that even if typically solitary and territorial animals live in high densities, their oxytocin functions are opposite to those of typically group-living animals,” the authors explain.

The researchers also found that “even if cats spend time together and share the same space, they might not be able to form tightly connected groups”.

But further research into this is necessary, as the experimental period of two weeks might be too short to form these tight relationships.

They also found that cats who had more frequent contact with each other had a greater similarity of the microbiome in their guts. When animals live together and share the same environment the chance of direct or indirect contact – and transmission of microbes between them – is increased, and so too is their gut microbiome similarity.

Originally published by Cosmos as Dogs have masters, cats have servants, so why do domestic cats tolerate each other?