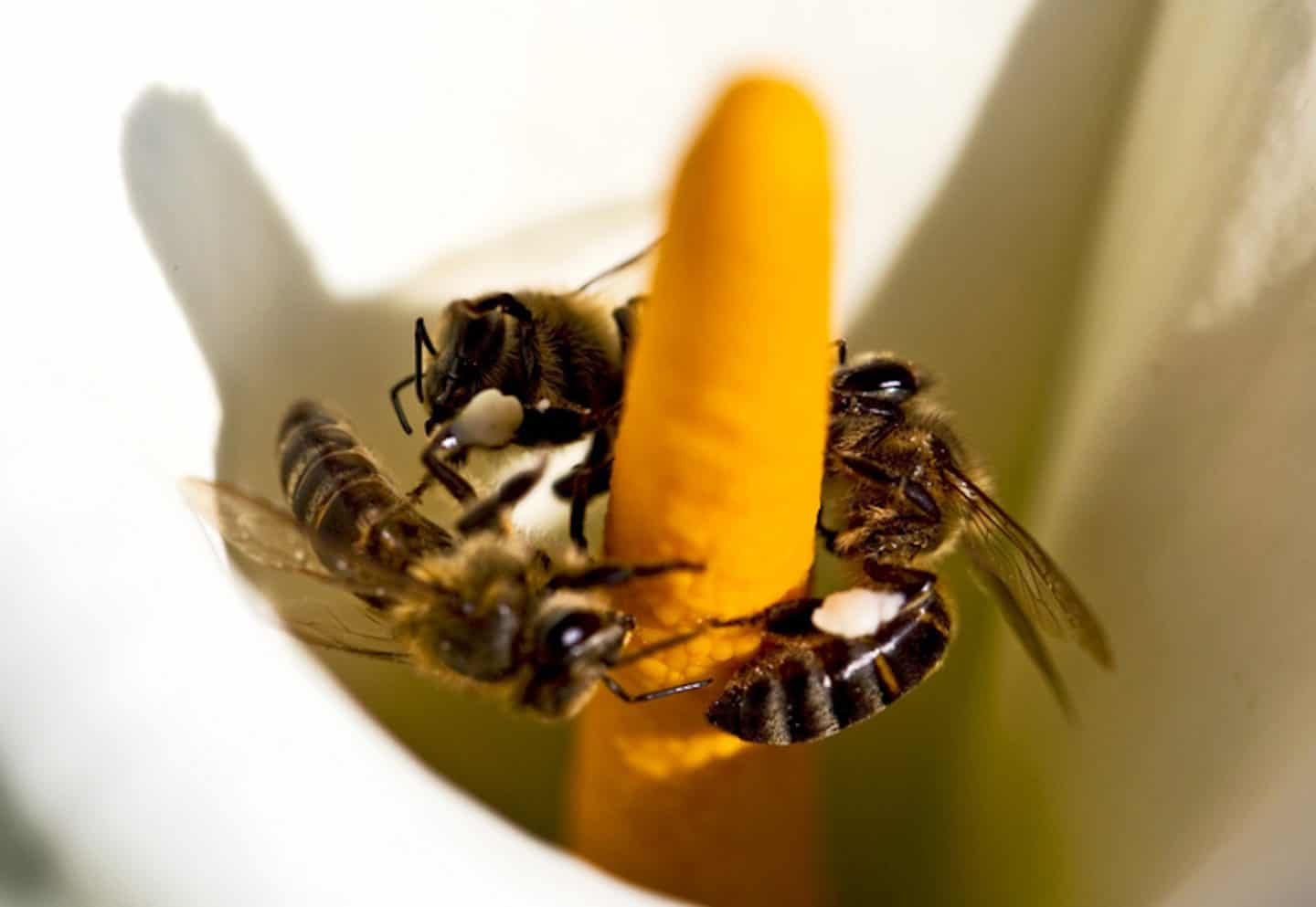 A South African variant of the common honey bee (Apis mellifera) sometimes upends the defining cooperation and altruism of the species, exhibiting selfish behaviours and – in a development akin to a human revolution – subverting the dominance of the queen.

In a paper published in the journal Molecular Biology and Evolution, researchers led by Denise Aumer of the Martin-Luther-Universität Halle-Wittenberg in Germany discovered that outbreaks of selfishness among the South African honey bee subspecies (Apis mellifera capensis) are driven by a single mutation in a gene located on the bees’ chromosome one.

Axiomatically, genetic mutations that reduce the fitness of any species will be inevitably bred out of the reproductive line. The fact that this one persists is strong evidence that it delivers a survival benefit – which Aumer and colleagues, almost by accident, saw in action.

The subspecies – commonly known as the Cape honey bee – is vulnerable across its range. In an effort to bolster its chances of survival, the researchers captured a colony and transferred it to the northeast of the country, an area which boasts its own subspecies, known as Apis mellifera scutellate.

Research carried out a few years ago strongly suggested that the Cape bees would get on famously with their new neighbours.

In 2003, scientists led by fellow German bee researcher C. W. W. Pirk placed a colony of Cape bees next to that of another subspecies. They discovered that even though Cape bee workers were not related to the neighbouring colony – or to their own nest mates, for reasons that will become clear in a minute – they nevertheless patrolled and protected both.

This was mildly surprising, because Cape bees reproduce using a genetic trick thus far never seen in any other bee species.

Most species lay eggs through a genetic pathway known as arrhenotoky. As well as eggs laid by the queen, there are also some laid by workers, a proportion of which retain active ovaries. If raised, the worker offspring are inevitably male. Few, if any, however, reach adulthood, because they are identified by nest-patrolling workers and eliminated.

Apis mellifera capensis do things differently. They reproduce using a pathway called thelytoky – in which workers lay unfertilised eggs that inevitably develop into females. Thelytoky has only ever been observed in six species of ants.

The worker-produced females represent a strong potential survival advantage. If for any reason the colony queen is killed or damaged, they provide a viable breeding pool that effectively represents an end-run around the dominance of the matriarch.

It seems, however, that if the circumstances are right, they can also turn very nasty. Aumer and colleagues report that the Cape subspecies “can reverse to selfish behaviour by becoming social parasites”.

The transplanted colony, the researchers noted, did not enter into a mutually beneficial arrangement with the other subspecies, but instead produced an army of bee Amazons that went plundering their neighbours’ honey, dethroned the queen and took over the whole colony.

This outcome produced palpable benefits for the Cape bees, but was only bad news for the Apis mellifera scutellate.

To find out how the novel reproductive strategy arose, the researchers combed through the genomes of both subspecies. Eventually, they located a mutation in a gene called LOC409096, which they named Thelytoky (Th).

The mutation is the major driver for selfish bee behaviour, they note, and, perhaps surprisingly, is not a recessive but a dominant trait.

“Uncovering the genetic architecture underlying thelytoky is a big step towards understanding this mode of reproduction, not only in the Cape honeybee, but also in other insect species in general,” says co-author Eckart Stolle.

Originally published by Cosmos as When conditions are right, bees turn selfish