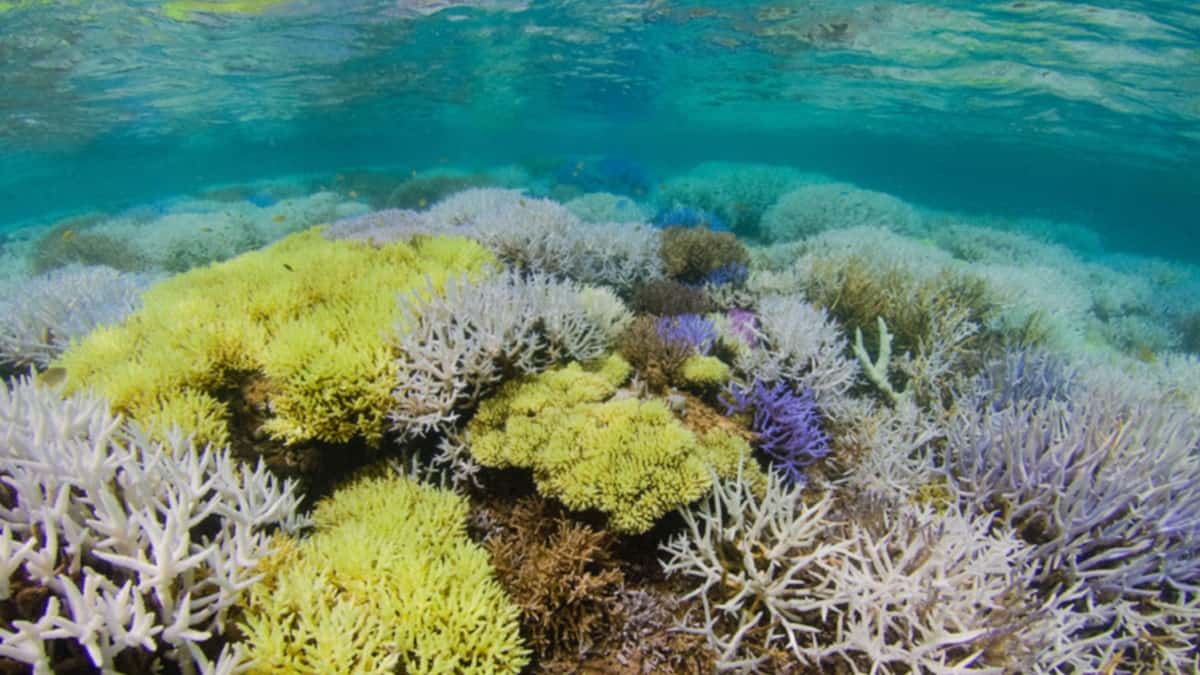 Why do some corals exhibit dazzling colours rather than actually turning white when they suffer what we refer to as coral bleaching?

It’s a sign they are fighting back, British researchers suggest, and it’s all linked to a self-regulating “optical feedback loop”.

Jörg Wiedenmann and colleagues from the University of Southampton’s Coral Reef Laboratory ran a series of controlled laboratory experiments and concluded that the corals produce what is effectively a sunscreen layer, which shows itself in a range of neon colours.

The findings are reported in a paper in the journal Current Biology.

Many coral animals live in a fragile but mutually beneficial relationship with tiny algae embedded in their cells, the researchers say, swapping shelter, food and energy.

When temperatures rise, this symbiosis can break down, however. The algae are lost, the coral’s white limestone skeleton shines through its transparent tissue and the often-fatal process of coral bleaching begins.

But some corals can resist, and the process of creating the sunscreen layer encourages the coral symbionts to return.

“In healthy corals, much of the sunlight is taken up by the photosynthetic pigments of the algal symbionts,” Wiedenmann says.

“When corals lose their symbionts, the excess light travels back and forth inside the animal tissue, reflected by the white coral skeleton. This increased internal light level is very stressful for the symbionts and may delay or even prevent their return after conditions return to normal.

“However, if the coral cells can still carry out at least some of their normal functions, despite the environmental stress that caused bleaching, the increased internal light levels will boost the production of colourful, photoprotective pigments. The resulting sunscreen layer will subsequently promote the return of the symbionts.

“As the recovering algal population starts taking up the light for their photosynthesis again, the light levels inside the coral will drop and the coral cells will lower the production of the colourful pigments to their normal level.”

The researchers believe corals that undergo this process are likely to have experienced episodes of mild or brief ocean-warming or disturbances in their nutrient environment, rather than extreme events.

“We reconstructed the temperature history of known colourful bleaching events around the globe using satellite imagery,” says co-author Elena Bollati, now at the National University Singapore “These data are in excellent agreement with the conclusions of our controlled laboratory experiments, suggesting that colourful bleaching occurs in association with brief or mild episodes of heat stress.”

Originally published by Cosmos as When bleaching means colour