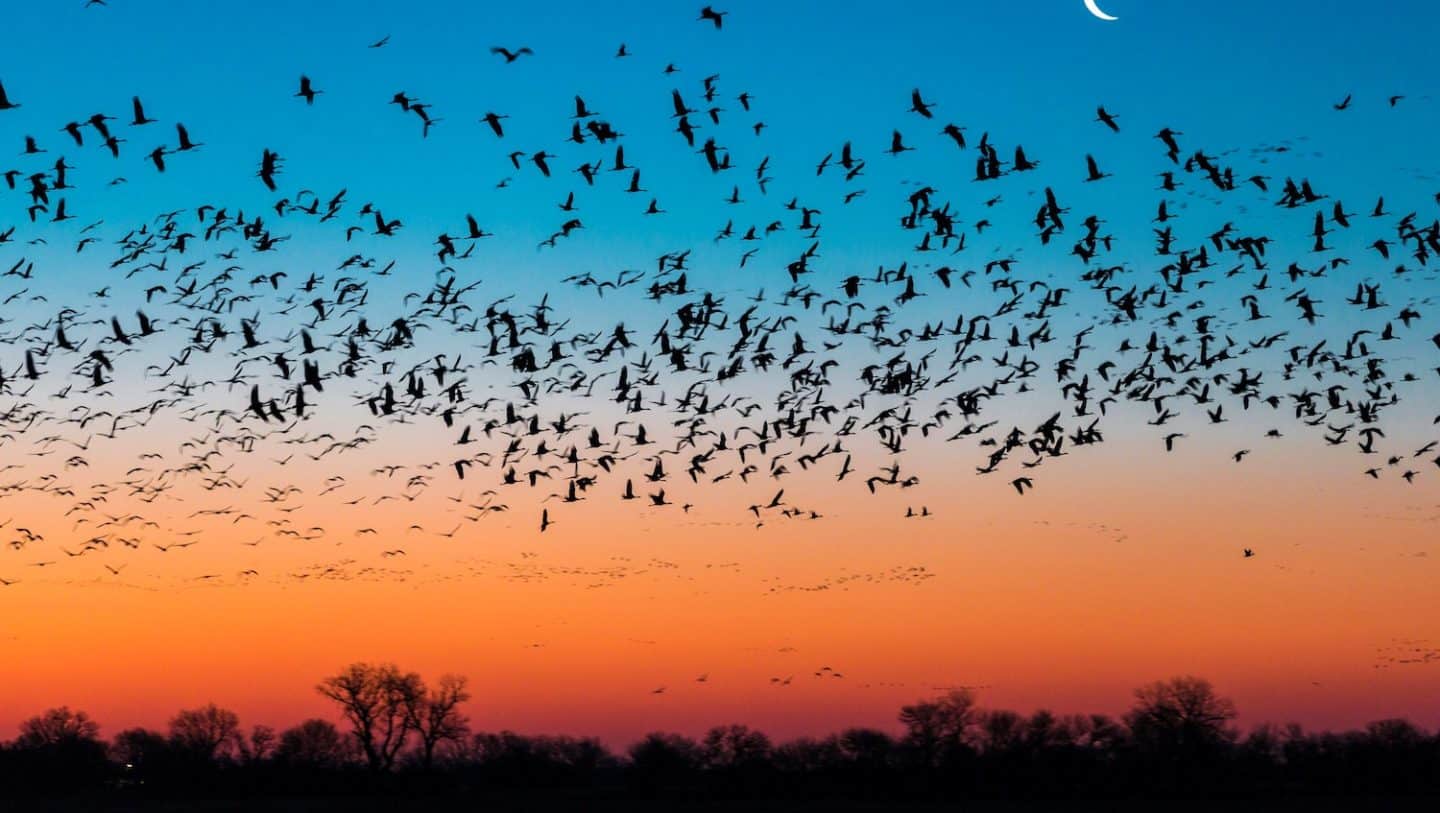 A decade-long effort building on bird specimens collected over the past two centuries has culminated in a database of 57,000 birds representing the world’s 10,000 or so species.

Drawing from beak, wing, tail, leg and other body part measurements, Alex Pigot from University College London, UK, and colleagues have confirmed these features are intimately connected to, and can predict, birds’ functional roles in ecosystems.

These roles, based on how they move and forage for resources, include pollination, dispersing seeds, removing waste and controlling pests, and are entwined in the complex and delicate ecosystems that are fundamental to the health of the planet.

It’s long been known, says Pigot, that an organism’s ecological role is related to its morphological form – a concept known as convergent evolution. A classic example, he adds, is the different beak shapes of Darwin’s finches that feed on seeds of different size.

“But the scale of our database now allows us to map out these relationships in a global context,” he says, “considering all the myriad ecological roles that birds perform, from swimming penguins hunting fish underwater, to hummingbirds hovering for nectar to swallows catching insects in continuous flight.”

The international team measured thousands of museum specimens from around the world, collected by hundreds of explorers and biologists as far back as Charles Darwin and Ernest Shackleton from the Victorian era, says Joseph Tobias, from Imperial College London.

To analyse the data they used a machine learning algorithm to create a model from a subset of all the species that could predict the functional role of the remaining species.

Their results, published in the journal Nature Ecology and Evolution, showed that, in combination, birds’ physical traits could predict their feeding and foraging behaviours – even subtle ones – with more than 80% accuracy.

They then explored the evolutionary origins of the link between form and function using a phylogenetic tree, a diagram much like a family tree that maps bird relationships based on their genes.

This revealed that avian lifestyles were not adequately explained by their evolutionary relationships; rather, convergent evolution had independently shaped the behaviour of unrelated bird species on entirely different continents.

For example, the diving penguins (Spheniscidae) of the south pole matched auks (Alcidae) in the northern hemisphere while the fruit eating toucans (Ramphastidae) of South America matched the hornbills (Bucerotidea) in Africa and Asia.

The findings suggest evolution is a predictable process, says Pigot. “To use Stephen Jay Gould’s famous phrase, if we were to ‘rewind the tape of life and let it play again’, evolution would have led to the similar looking organisms we see today.”

Importantly, he adds, the results will enable them to predict the role of birds within ecosystems with greater accuracy than current efforts.

“This will allow us to enhance conservation strategies to try and ensure we don’t lose the vital links in the web of life that birds perform.”