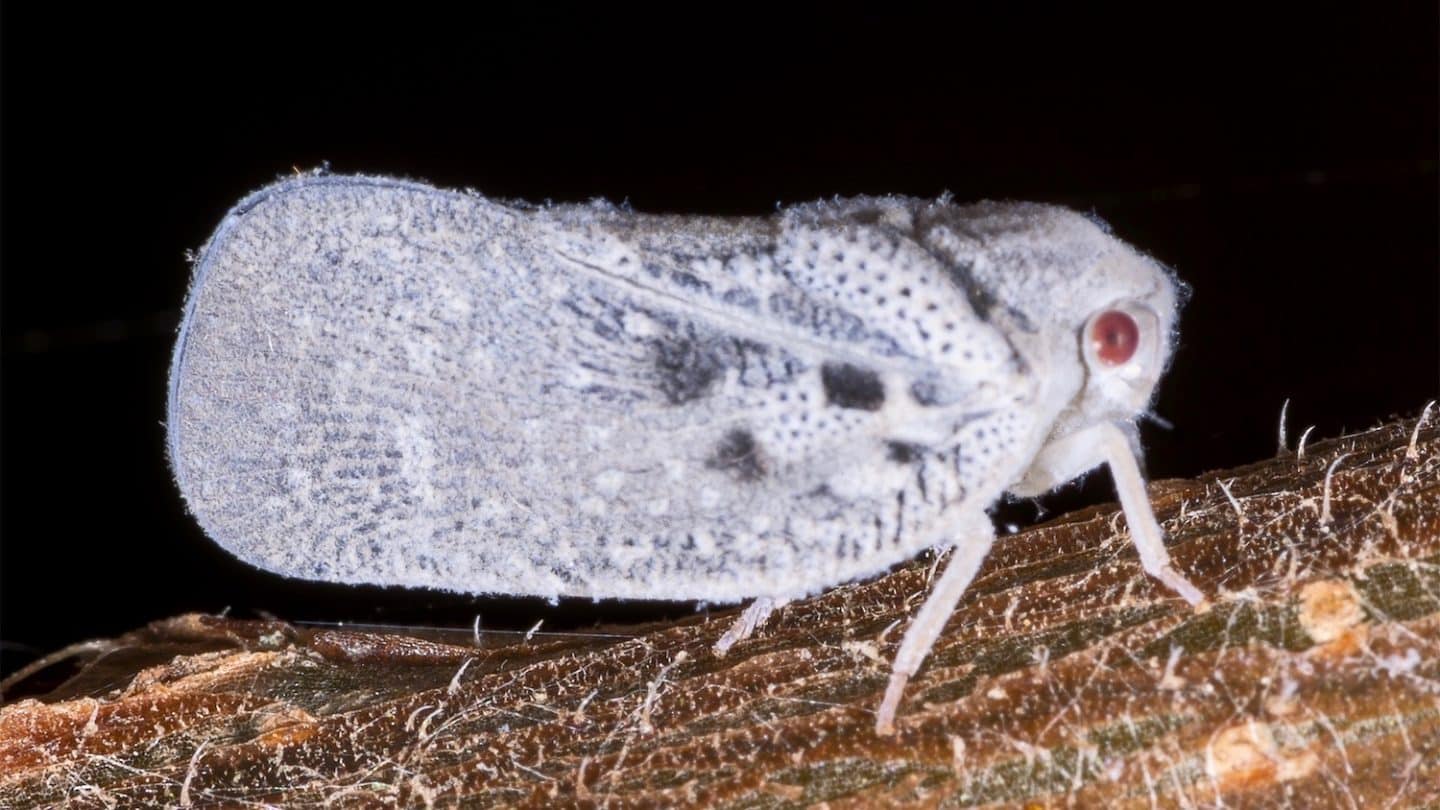 A small-sized but common group of insects known as planthoppers – comprising the order Fulgoromorpha – advertise their presence to potential mates by deploying a unique, and only now discovered, organ to send long-distance messages along plant stems.

There are more than 12,000 species of planthopper worldwide, and their secret communication device – dubbed the “snapping organ” – was found by researchers led by zoologist Leonidas-Romanos Davranoglou from the University of Oxford in the UK while examining one of them, Agalmatium bilobum.

Locating the organ answered a key question about the group. How could each insect produce a sustained thrumming vibration along plant stems when its musculature was simply not capable of moving fast enough to produce it?

The answer, Davranoglou and colleagues found, lies in the mechanics of the snapping organ.

It functions through the explosive release stored elastic energy. A catapult provides a reasonable approximation, except that for the planthoppers the release forms one half of a high-speed cycle of capture and release that results in a shaking movement of the abdomen and the narrowcast of mating signals.{%recommended 7084%}

In announcing the discovery of the organ – which has analogues in other insect species, such as cicadas, but is structurally unique – the scientists are happy to concede that the result was initially accidental.

“I was studying 3D images of planthoppers that I had collected using X-ray imaging in a particle accelerator, trying to understand the evolutionary relationships between different groups,” says Davranoglou.

“But as I dissected the bugs in virtual reality on my computer, I immediately realised that I was looking at something entirely new, so decided to investigate further.”

A research trip to Athens followed, where hundreds of planthoppers from different species were collected and taken back to the lab in Oxford. The organ was found to be present in all of them. Acoustic engineers were called in to assist.

Davranoglou and colleagues suggest that the organ is ancient in origin, developing before planthopper lineages started to diverge about 250 million years ago.

The research, published in the journal PLOS Biology, could have significant ramifications.

“These insects include several economically important pest species, including the brown planthopper, which is one of the most serious pests on rice in the developing world,” says co-author Beth Mortimer.

“Understanding how these insects signal to each other may help in disrupting their communication channels or detecting their calls. Silent to the ear, the planthoppers have come up with their own novel way to communicate with potential mates. You could say it’s their form of Snapchat.”