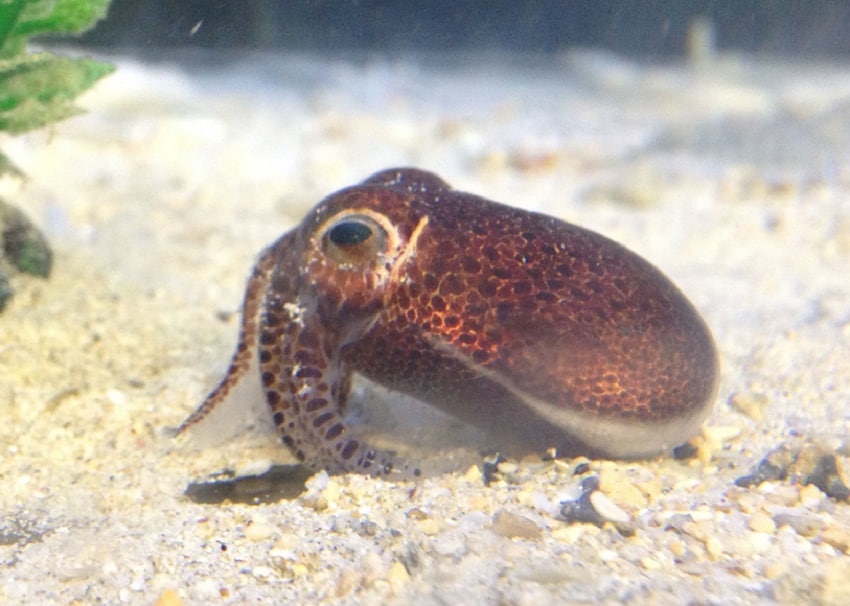 Japanese and Australian scientists have identified this new species of bobtail squid in the waters around Japan’s Okinawa islands.

The work was led by researchers from the Okinawa Institute of Science and Technology (OIST) Graduate University, and they have named the new discovery Euprymna brenneri in honour of one of OIST’s founders, Sydney Brenner.

It is the eleventh known species in the Euprymna genus and will be useful in future phylogenetic and comparative studies, they say.

The finding is reported in the journal Communications Biology.

Bobtails are more closely related to cuttlefish than squid and have a few unique features, notably the rounded or “bobbed” posteriors that have earned them the nickname “dumpling squid”.

They also can be raised in the laboratory, making them useful as a model for studying cephalopod development, genetics and behaviour.