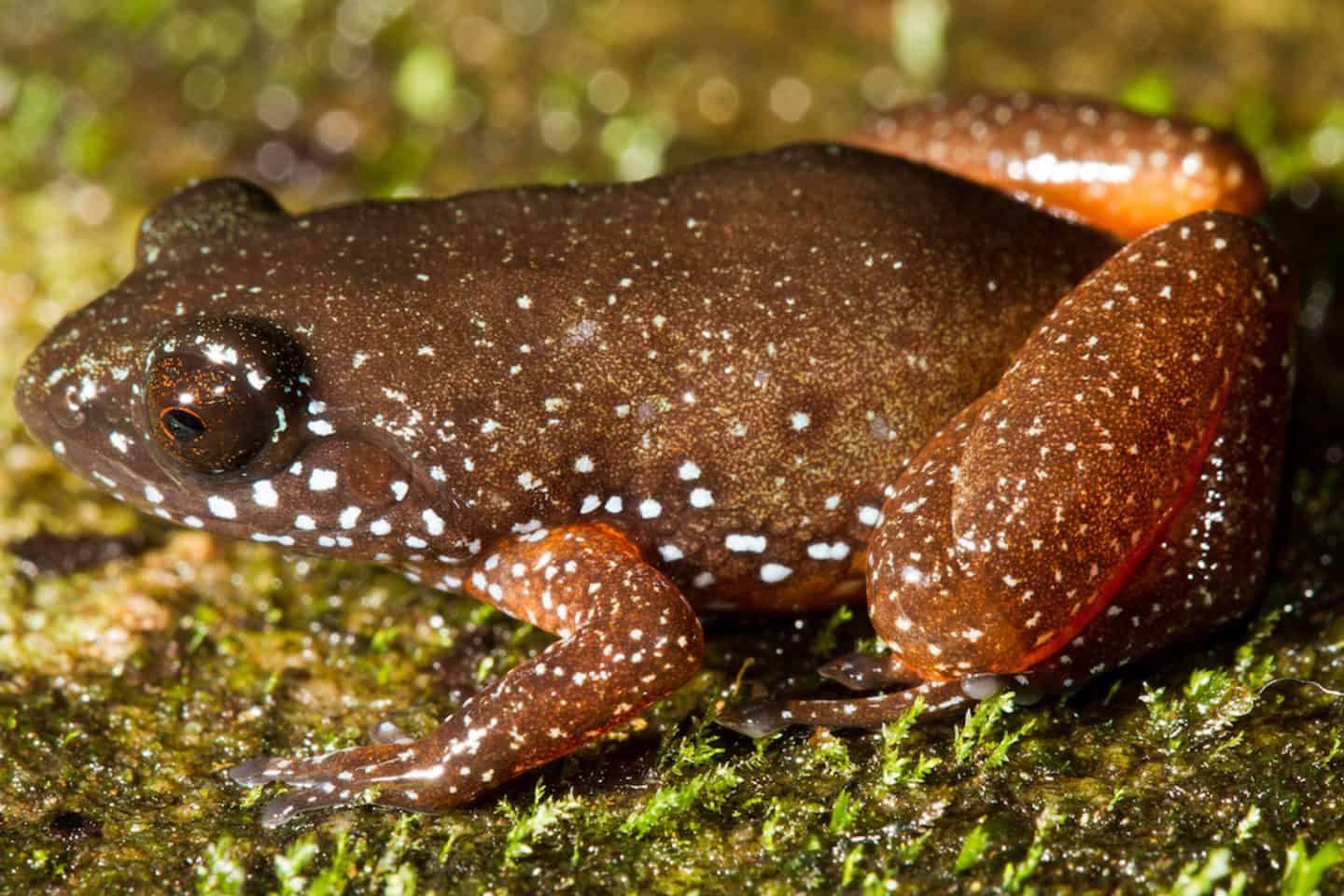 Meet Astrobatrachus kurichiyana, otherwise known as the starry dwarf frog, a newly discovered species that is very much a loner.

“This is an oddball frog – it has no close sister species for maybe tens of millions of years,” says David Blackburn of the Florida Museum of Natural History, one of a team of researchers that has formally described the species in the journal PeerJ.{%recommended 4861%}

A. kurichiyana was named in the first instance for its constellation-like spots and in the second for the indigenous people of Kurichiyarmala, in India, where it was discovered. Just the size of a thumbnail, it has evaded notice for the entire span of human history, and, in that sense at least, it may not be alone.

“With frogs, there are still ancient lineages out there awaiting discovery,” says Blackburn. “This gives us one more puzzle piece to think about deep time.”

Lead author Seenapuram Palaniswamy Vijayakumar  agrees. “These frogs are relics,” he says. “They persisted so long. This lineage could have been knocked off at any point in time. Irrespective of who we are, we should be celebrating the very fact that these things exist.”