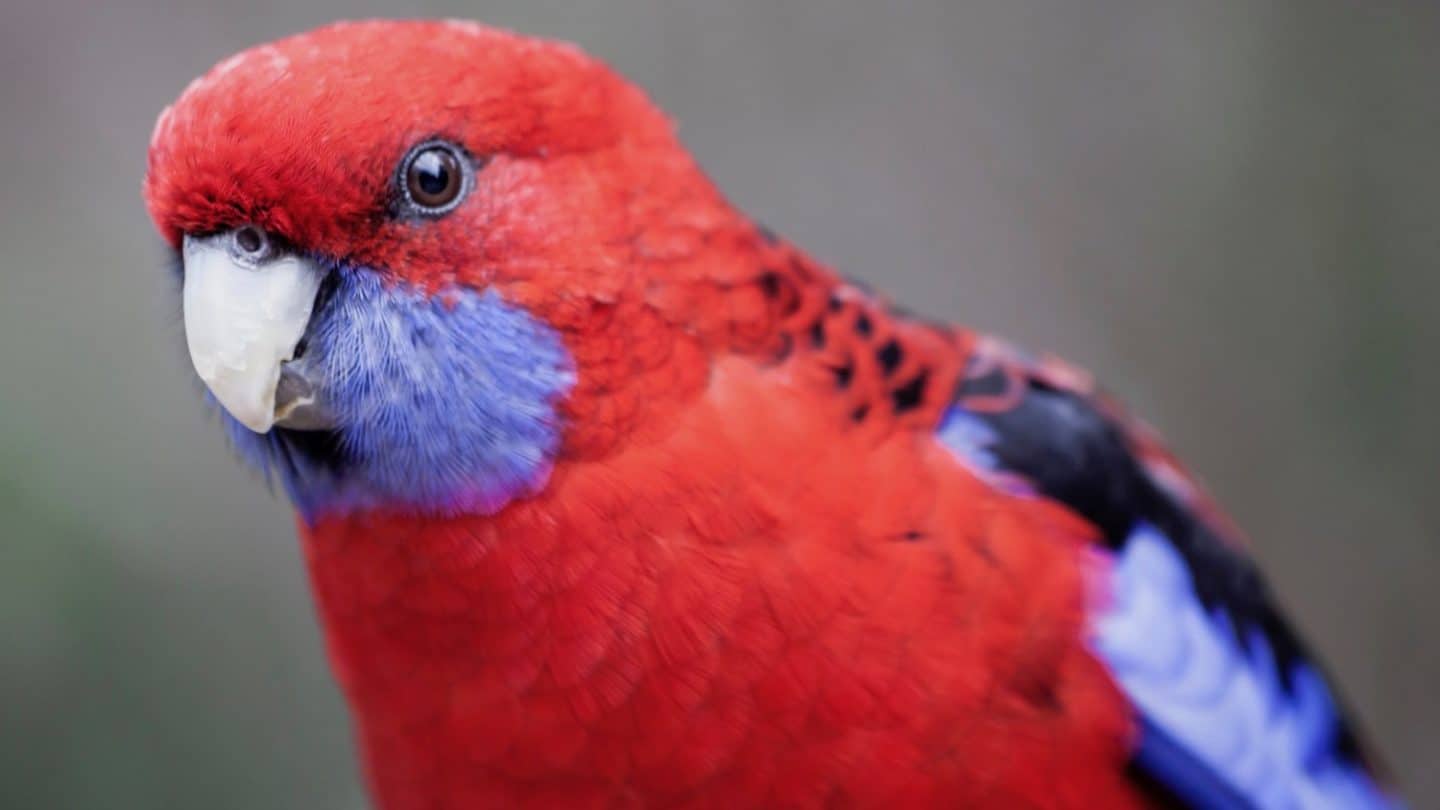 In most bird species, brown and black feather colours are composed of melanin, and the orange, yellow, and red ones are derived from carotenoid pigments in the diet.

Parrots, on the other hand, generate their own bright colours, with a unique pigment system based upon compounds dubbed psittacofulvins, named after Psittacidae, the parrot family.

Now, a new study reveals that variation in feather colour in an iconic Australian species, the rosella, is actually environmental – driven by habitat background and temperature.

The crimson rosella (Platycercus elegans) is a medium sized parrot, comprising several subspecies across its range in the southeast of the continent.

They range from bright crimson in the mountainous areas and coast, to a pale yellow form in the open woodlands in the north of the state of Victoria.

There is also an intermediate orange form in the Adelaide region of South Australia.

Colour variation within a species may be explained by a biogeographic principle known as Gloger’s rule, which suggests that the more humid the environment, the darker the colour of the animal.

Demonstrations of this idea have generally been based upon on the analysis of one or two environmental variables. And before this study, the rule had not been applied to parrots and their psittacofulvins.

“It’s only now, thanks to the rapid advances in technology, that we’re able to look at really big sets of climate data, access satellite measurements of vegetation colouration over large areas, and conduct advanced analyses to look at all the possible factors in combination,” says study co-author Mathew Berg, from Deakin University, Australia.

The researchers wanted to see if environmental variables could predict rosella colour, or put another way: to test whether Gloger’s rule could be applied to colour variation in crimson rosellas.{%recommended 7750%}

“We used data gathered by satellites to measure the habitat colouration across eastern Australia, and found that this was a good indication of the colour differences of leaves in the habitats, and also the best predictor of where to find the crimson birds,” Berg says.

The red form is darker, with less reflectance, and is found in wetter environments, while light yellow rosellas are found in hotter, more arid environments. The researchers also found a positive link between the background hues of the dominant vegetation of a region and the parrots’ feather colour.

“Areas with hot summer temperatures were the best predicator of where to find yellow birds, which could be because the lightest colours afforded the least heat stress, suggesting thermoregulation was also an important factor in colouration,” the authors write.

The research, which is published in the Journal of Biogeography, could have implications for the conservation of other parrot species, one third of which are threatened by extinction.

“Work like this increases our understanding of the habitat requirements of parrots and how changes from habitat modification and climate change might affect where parrots are able to occur and where they’ll disappear from. This research will help us predict when and where a species decline will happen and why,” Berg concludes.

Originally published by Cosmos as Rainfall and temperature determine plumage