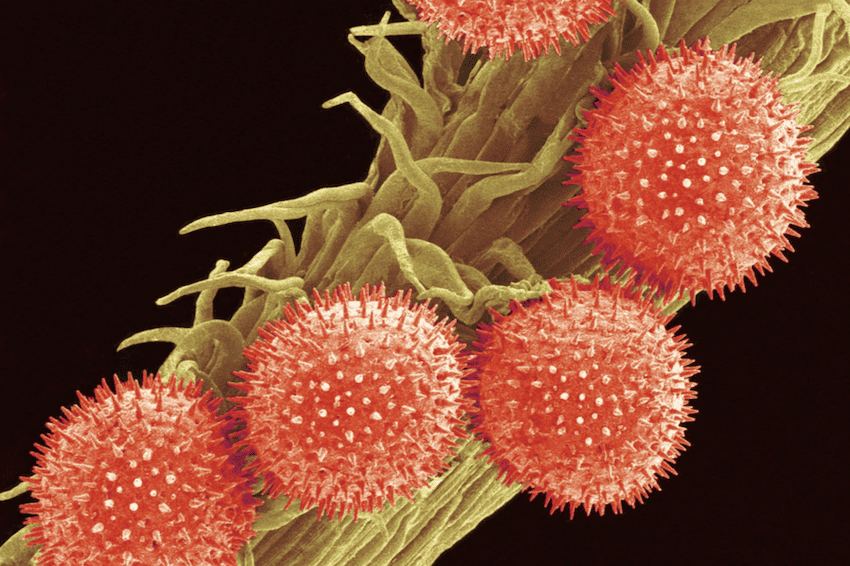 It literally gets up the nose of millions of hay fever sufferers, making pollen a distinctly unpopular member of the floral world. But there are many reasons to love these gossamer grains. Pollen functions as plant sperm; if bees didn’t ship it to the flower’s ovules many of our favourite crops would vanish, including apples, strawberries and almonds. A crisis, however, is looming: bee populations are plummeting, with one bumblebee species declared endangered this year, prompting Europe to consider a ban on pesticides that harm bees. Amid fears pollination-dependent crops could be wiped out, Japanese scientists have invented a pollinating drone.

Then there is pollen’s indestructable shell, which is made from sporopollenin. Pollen preserved for up to 320 million years has told us where crops once grew and how the climate has changed. These days pollen also helps to solve crimes, with forensic botanists using it to connect bodies to suspects. When it comes to pollen, it might be time for a little more r.e.s.p.e.c.t.

The mallow family of flowering plants (above) lends its name to more than a thousand species across the globe, including the hibiscus. But it’s not just aesthetics that endears this bit of greenery to humanity. Some of them grow in wet, marshy places; the dried roots of these ‘marsh mallows’ were whipped into delectability by 19th century French confectioners with sugar, water and egg whites. Nothing if not versatile, the leaves and shoots of the mallow have been eaten since at least the 8th century BCE. Pliny the Elder (23-79) called it “the food of the poor”, while Horace (65-27 BCE) lauded it as a laxative and Hippocrates (c. 450-380 BCE) as a wound poultice.

Forever entwined with warring British royals and Shakespearean serenades, the rose is feted for its botanic beauty and as a symbol of love. But cultivars of the Rosaceae family have also been prized for their remedial properties. In the 19th century the British Pharmacopeia recommended a tincture made with petals of the French rose (Rosa gallica) to treat diarrhoea. Rosehip tea, made from the fruit of the rose plant, is credited with a range of health benefits. Now the rose could be about to go high-tech: by pumping a rose’s vascular system with a conducting hydrogel, scientists have effectively turned it into an energy storage device. A “power plant” by any name.

Pilloried as an unfashionable house plant by some, revered as an indispensible fragrant bloom by others, the common geranium has been chalking up serious kudos in recent times. In 2014 a German research team found an extract of the South African geranium (Pelargonium sidoides) had anti-HIV properties in a cell culture experiment. Scientists are also interested in the geranium as a natural pest control – its leaves can paralyse the Japanese beetle. The geranium’s popularity has also led scientists to target its pollen; in 2012 a strain was genetically modified to produce no pollen, creating an allergy-free plant safe for transgenic experimentation without propagation risk.

One species in this family of perennial herbs comes with a name that hints at both overweening ambition and high maintenance: Gloriosa superba. Commonly known by several names including flame lily, its dramatic flame-like petals have made it a fixture alongside kikiyu lawns and Hills hoists in eastern Australian backyards. It is also on the invasive weed lists of Queensland and New South Wales. The tubers of this floral femme fatale contain the alkaloid colchicine, which is toxic or even fatal at high enough doses over time, but also has medicinal properties including a treatment for gout. In India Gloriosa is harvested as a pharmaceutical crop.

Originally published by Cosmos as The microscopic majesty of pollen