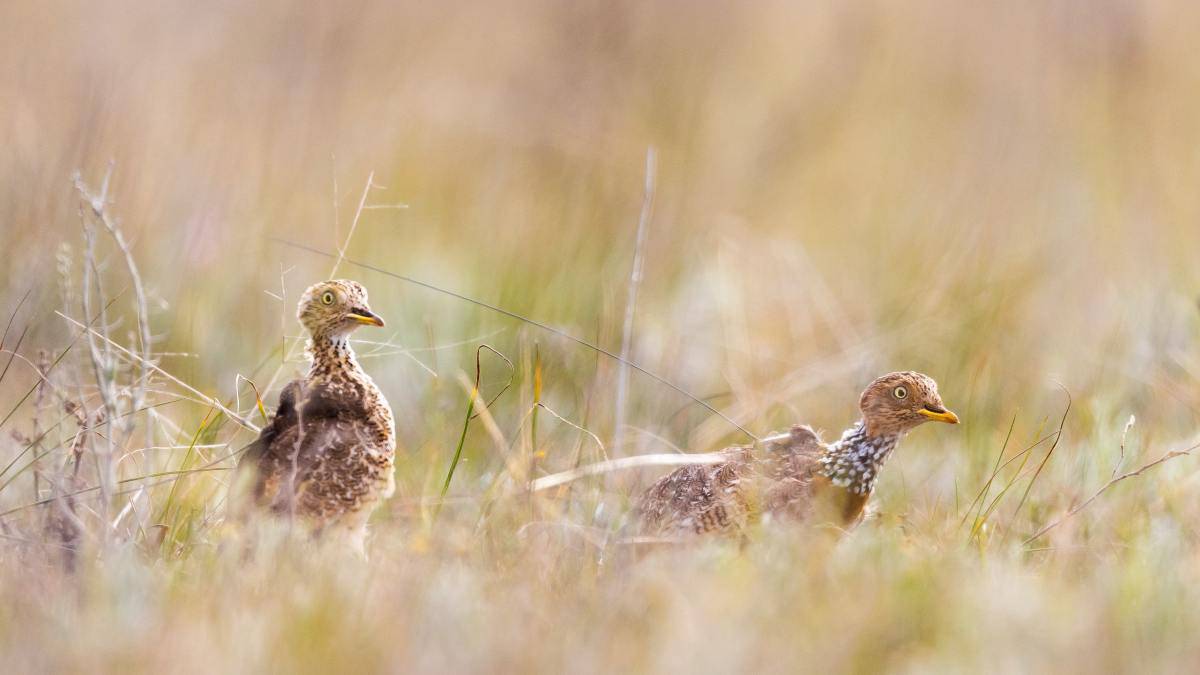 But it’s not being done as a fashion statement. Instead, scientists will be able to track these elusive birds for up to two years after they were recently released in NSW, to help improve efforts to conserve and protect them in the future.

Tracking these birds has been limited previously because the backpacks only have a 12-week battery life and could only be tracked with transmitters in the field. But now, these new solar-powered backpacks will be able to provide data for up to two years and can be tracked via satellite.

The release is part of the NSW Government’s $175m Saving our Species program, its flagship threatened species conservation program that will run from 2016 to 2026.

“This second-ever release of plains-wanderers back into their native habitat in NSW is the culmination of years of conservation work aimed at bringing the species back from the brink,” says NSW Environment Minister James Griffin.

“Plains-wanderers are a small, ground-dwelling bird which is particularly vulnerable to threats such as foxes and feral cats, and native grassland habitat loss. They’re a critical part of the ecosystem because their presence or absence is an indicator of the health of their native habitat.

“These solar-backpack wearing plains-wanderers are paving the way for us to gather important data, which will ultimately help us improve our conservation efforts for wild populations into the future.”

Plains-wanderers were once found from Victoria through to Queensland, but now are only found in small, fragmented populations in western Victoria, eastern SA and in the western Riverina region of NSW.

It’s estimated that there are only between 250 and 1,000 of these birds left in the wild today, which is alarming given that the unique plains-wanderer is the only member of its species family (Pedionomidae). The world would lose the last remaining species in the genus if they became extinct.

The release has been part of a joint conservation effort involving the NSW, South Australian, and Victorian Governments, with the birds selected from conservation breeding programs from Taronga Western Plains Zoo in NSW (11), Monarto Safari Park in SA (3), and one from Werribee Open Range Zoo in Victoria.

“Three of the recently released birds have come from Monarto Safari Park, and this project is a great example of our zoos working together across a number of jurisdictions with the help of private landholders to help save a native species,” says Ms Close.

The fifteen plains-wanderers were released into Oolambeyan National Park in the NSW Riverina, which was protected in perpetuity in 2002 due to its high conservation value in protecting critical habitat for the plains-wanderer.

It’s the second NSW release after 10 birds were released near Hay in March, and 16 in Victoria in 2021 as part of a national recovery program.