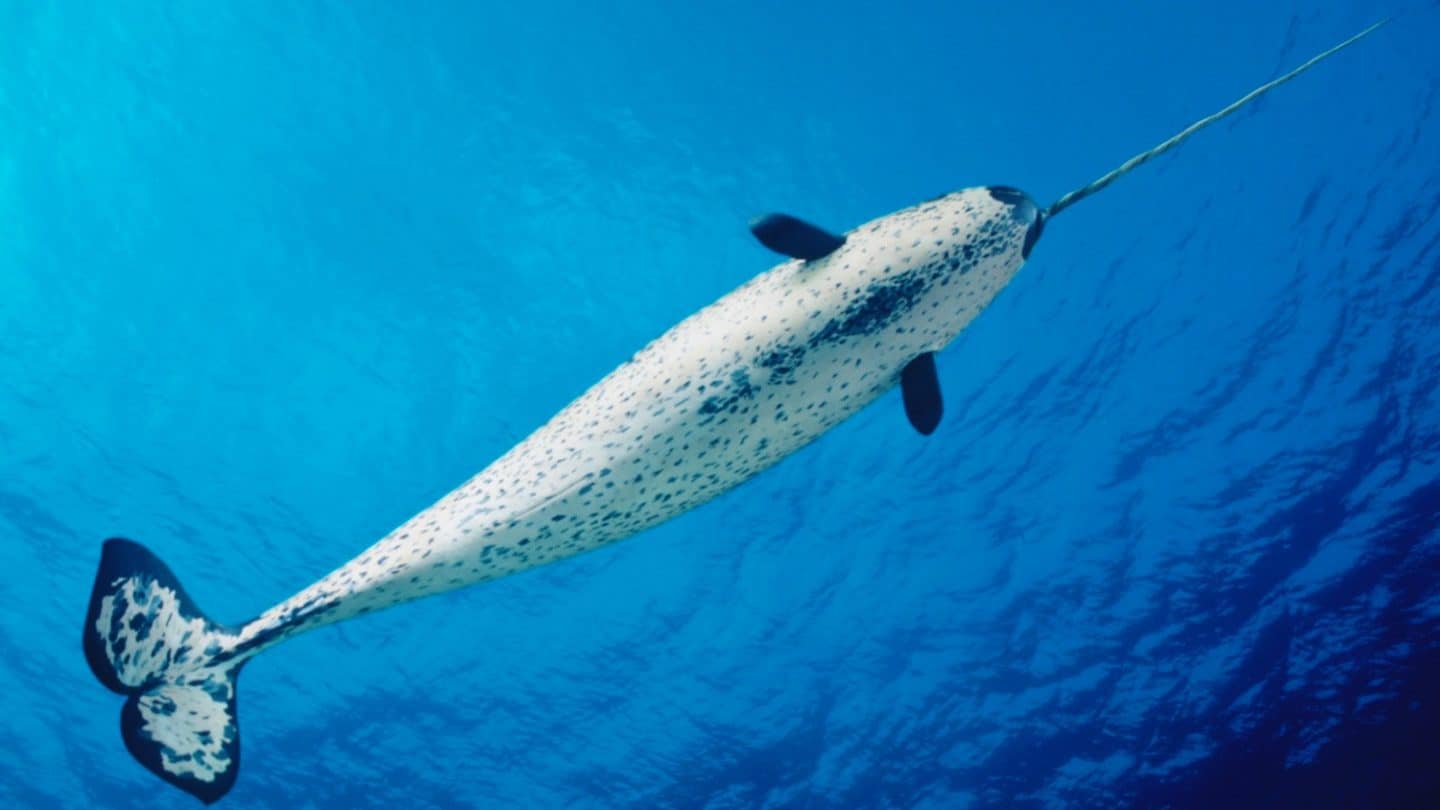 Narwhals, the one-horned “unicorns” of the Arctic Sea, have surprisingly low genetic diversity for such a thriving population, new research finds.

The study, led by Michael Westbury from the Natural History Museum of Denmark, sequenced the genome of the narwhal (Monodon monoceros) and found that, compared to other marine mammals, their genetic diversity is extremely low – and has been so for millions of years.

The findings challenge the classical view in population theory that a robust and varied genome is an essential component of evolution, allowing for the selection of genes to cope with environmental change, for instance, or defend against pathogens.

Low genetic variation can occur after a population bottleneck, such as that caused by hunting a species to near extinction, as seen in the Hawaiian monk seal. A limited gene pool and inbreeding in a small population may result in the prevalence of deleterious alleles, and reduced fitness for the species. Population subdivision into smaller, isolated groups can also cause loss of genetic variation.

“There’s this notion that in order to survive and be resilient to changes, you need to have high genetic diversity, but then you have this species that for the past million years has had low genetic diversity and it’s still around – and is actually relatively abundant,” says Eline Lorenzen, one of the paper’s co-authors, also from the Natural History Museum of Denmark.

The narwhal genome was compared with 16 from other mammal species, and the team found that only the brown hyena (Hyaena brunnea) had lower diversity.

Almost equal with the narwhal is the San Miguel Island Fox (Urocyon littoralis littoralis). Its small population, limited distribution and recent bottleneck in population size due to island colonisation are all classic scenarios for low genetic diversity. This contrasts greatly with the current status of the narwhal, with over 170,000 individuals alive today, and a breeding population well-connected throughout their Arctic-Atlantic distribution.

“Equating those two doesn’t seem to be quite as simple as previously thought.”

The researchers then thought perhaps the low diversity in narwhals is somehow related to its status as an Arctic mammal, but other endemics in the region, such as bowhead whale (Balaena mysticetus), walrus (Odobenus rosmarus), polar bear (Ursus maritimus) and beluga (Delphinapterus leucas) all had robust levels of diversity.

Measures of variation in the genome can reflect previous demographic events, and the team wanted to find out whether it was the history of the narwhal population that had caused the unusual genetics.

The team searched for any indications of in-breeding, and found “no drastic recent bottlenecks, but rather an ancient gradual decline in diversity” beginning at about two million years ago.

The initial expansion of the population coincides with the onset of the last glacial period around 115 million years ago, suggesting an environmental driver, possibly linked to an increase in Arctic sea ice. The researchers suspect that after an initially small founding population, positive habitat changes led to a proliferation of the species to the relatively abundant population levels we see today.

“Narwhals’ long-term low genetic diversity may have allowed them to evolve different mechanisms to cope with their limited genome,” says Westbury.

The Arctic whales may now be added to the diverse list of species which challenge the classical view of the negative consequences of low genetic diversity, including some albatrosses (from the genus Diomedea), brown hyenas, and Channel island foxes (Urocyon littoralis). All these animals, despite being under threat from human activities, are showing no signs of in-breeding depression.

The narwhal has recently been downgraded in International Union for the Conservation of Nature Red List status from Near Threatened to Least Concern, but the researchers note that the whales’ restricted distribution and specialised lifestyle leaves them vulnerable to climate change and human activities in the Arctic.

“Our study can’t comment on whether narwhals will be able to adapt, or if they have the plasticity to be resilient in these rapid changes,” Lorenzen warns.