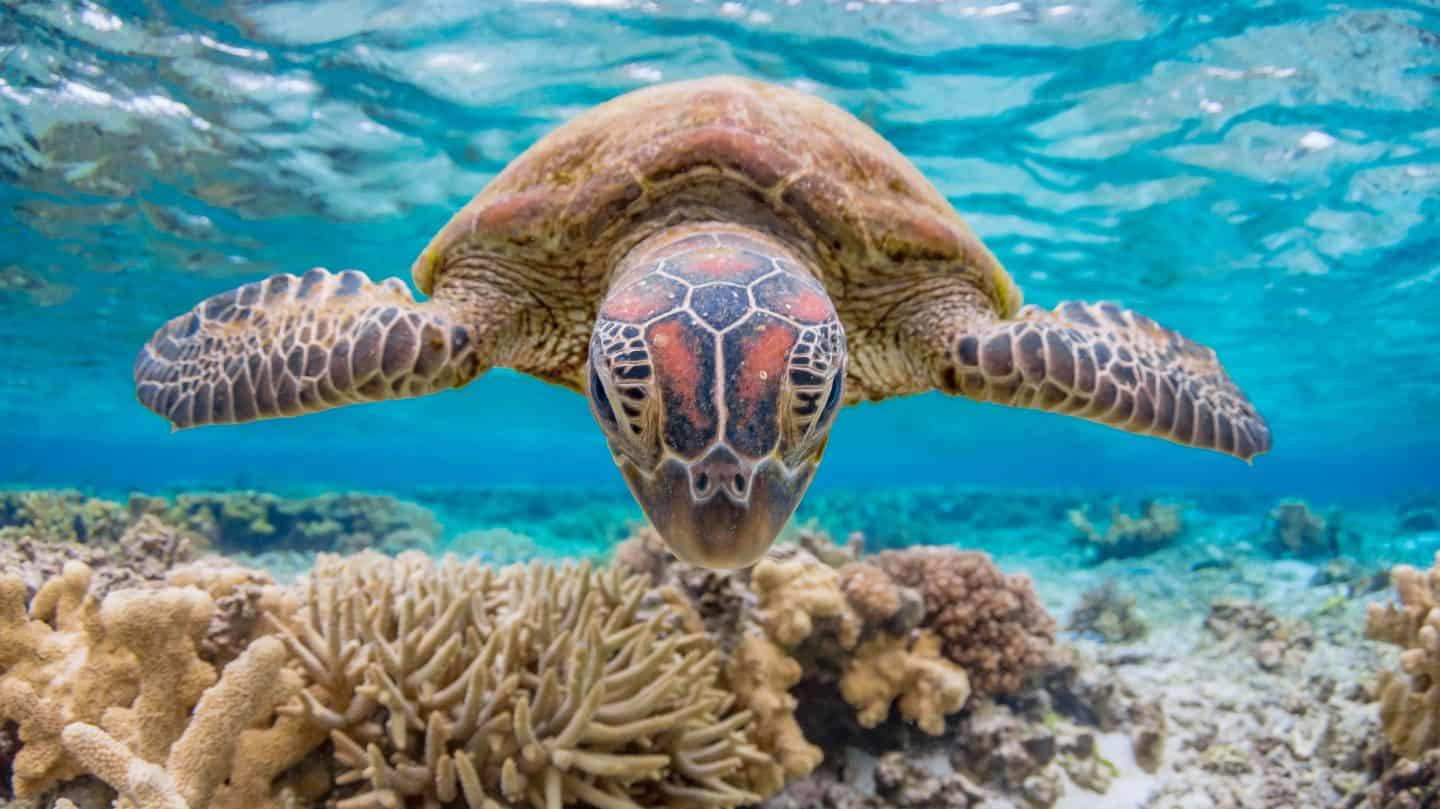 The Great Barrier Reef died five times during the last ice age, regenerating each time in a new position.

A new study has found that coral reefs were able to move across the continental shelf in response to changes in sea level, which dropped by a whopping 118 metres at the peak of glaciation around 20,000 years ago.

“There were major lateral migrations following each death, initially as sea level fell during the last ice age,” says Jody Webster, Associate Professor at the University of Sydney and lead author of the study. “When the world went into deglaciation and sea level started to rise, the reef was able to migrate and essentially hop back across the shelf edge.”

Analysing fossils collected from reef cores — long, vertical hole punches in the ocean floor — scientists pieced together a complete history of reef growth, die-off and regeneration over the past 30,000 years. The time period spans both the ice age and the modern era, providing a clear picture of how the reef responded to past climate changes.

The cores also contain evidence of the conditions that led to the episodic die-offs. Changes in sea level exerted the strongest influence on reef growth and demise, although species composition, reef location and water quality also played important roles.

Connectivity was key to the reef’s survival. With plenty of suitable habitat nearby, coral colonies were able to re-establish themselves within hundreds to thousands of years following abrupt environmental changes.

The new findings of reef migration run contrary to an earlier hypothesis, which postulated that corals sheltered in unaffected areas during glaciation and then dispersed when favourable oceanographic conditions returned.

“We confirmed that the reef was able to grow quite happily, although at a slower rate and composed of different corals, out on the continental shelf,” says Webster.

The data-gathering expedition was conducted as part of the International Ocean Discovery Program, which includes collaborators in 24 countries and is the world’s largest multinational geoscience program.

Implications of its Great Barrier Reef expedition are similarly global in scale. Data from the core samples enable scientists to reconstruct past ocean temperatures and understand how ice sheets behaved — essential information for creating accurate models of future climate.

With the modern-day reef experiencing back-to-back bleaching events attributed to rising ocean temperatures, might the reef save itself again by sidestepping into more suitable habitat?

It’s a tempting idea, but one that ignores the substantial differences between past and present environments. “The rate of change happening today is much, much faster than what was observed in the past. It’s like comparing apples to oranges,” explains Webster.