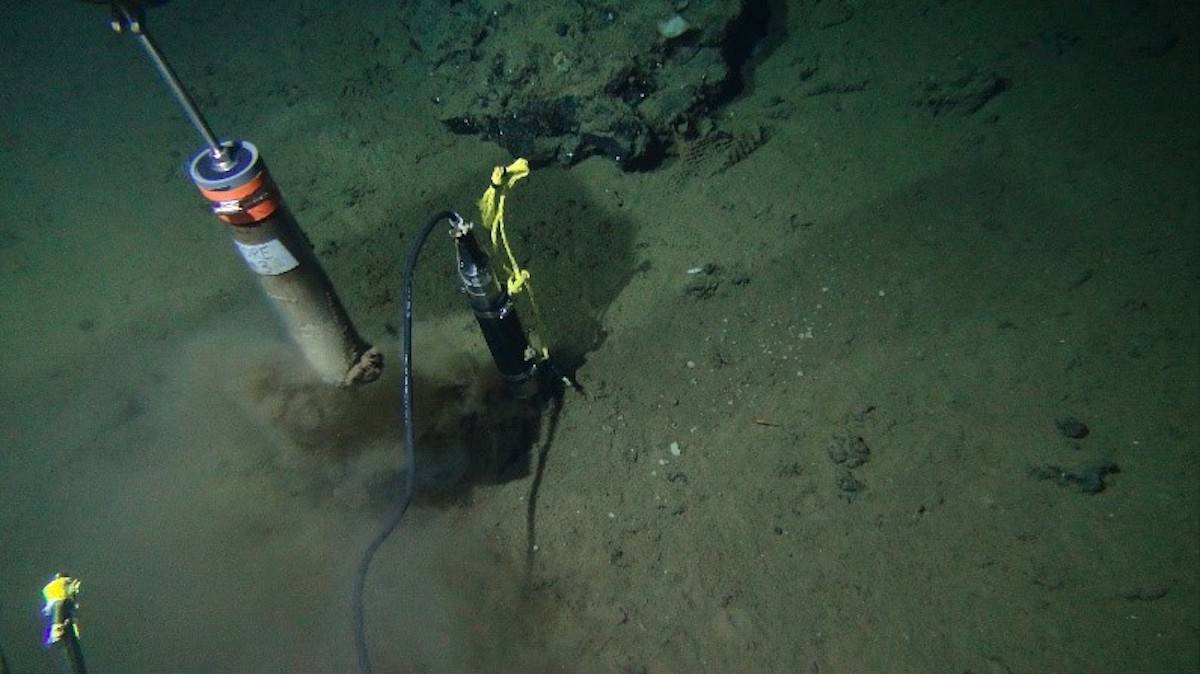 Micro-organisms buried in ocean sediment can survive on less energy than has ever been shown to support any form of life on Earth, according to new research.

An international team led by Queen Mary University of London constructed models that divide the oceans into hundreds of thousands of individual grid cells, creating a picture of the sub-seafloor biosphere, including key lifeforms and biogeochemical processes.

By combining data on the distribution and amounts of carbon and microbial life with the rate of biological and chemical reactions, they were able to determine the “power” consumption of individual microbial cells – the rate at which they utilise energy.

Many “are simply existing in a mostly inactive state, not growing, not dividing, and not evolving,” says James Bradley, lead author of a paper in the journal Science Advances.

“The average human uses around 100 watts of power, meaning they burn approximately 100 joules of energy every second. This is roughly equivalent to the power of a ceiling fan, a sewing machine or two standard lightbulbs.

“We calculate that the average microbe trapped in deep ocean sediments survives on 50 billion billion times less energy than a human.”

The findings raise fundamental questions about our definitions of what constitutes life, the researchers say.

With such little energy available, it is unlikely organisms are able to reproduce or divide, instead concentrating on maintenance: replacing or repairing their damaged parts.

It is therefore likely, they suggest, that many of the microbes found at great depths are remnants of populations that inhabited shallow coastal settings thousands to millions of years ago.

Unlike organisms on the surface of Earth, which operate on short timescales according to the Sun, it is likely that these deeply buried microbes exist on much longer timescales, such as the movement of tectonic plates, and changes in ocean oxygen levels and circulation.

Despite being practically inactive, these microbial cells are so numerous, and survive over such extraordinarily long timescales, that they act as an important driver of Earth’s carbon and nutrient cycles – even affecting the concentration of carbon dioxide in Earth’s atmosphere over thousands to millions of years.

“The findings… call into question not just the nature and limits of life on Earth, but elsewhere in the Universe,” says Bradley.

“If life does exist on Mars or Europa, for example, it would most likely take refuge in the subsurface of these energy-limited planetary bodies.

“If microbes only need a few zeptowatts of power to survive, there could be remnants of extant life, long dormant but still technically alive, beneath their icy surface.”