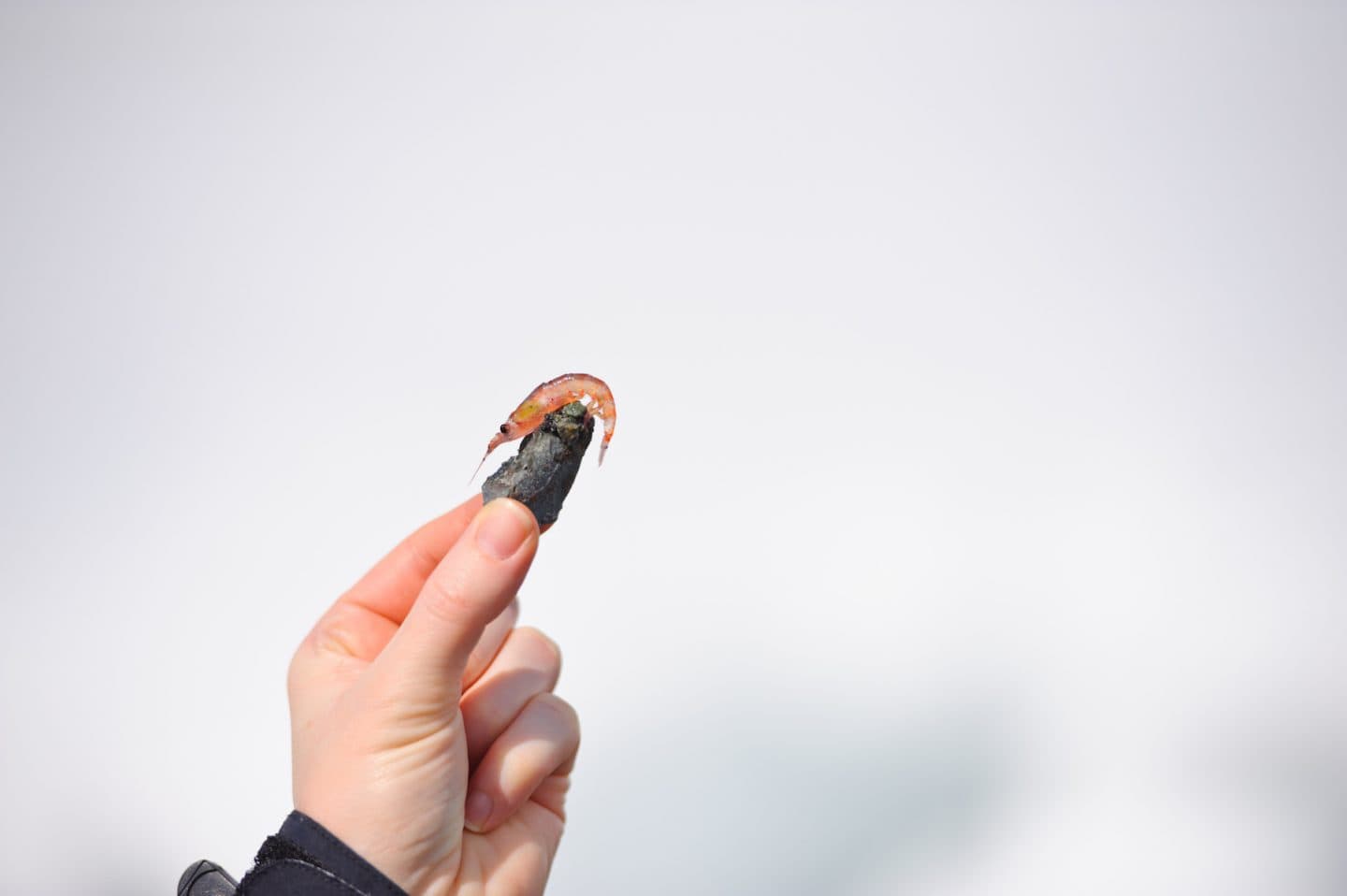 One in a million: an Antarctic krill. Credit: Cunfek/ Getty Images

Antarctic krill may be more resilient in the face of climate change than we have assumed.

New Australian research suggests the small crustaceans, which belong to several species and comprise the order Euphausiacea, are largely unaffected by even significant levels of ocean acidification.

In a laboratory study conducted by scientists at Australia’s University of Tasmania, they were able to survive, grow, store fat, mature and maintain respiration rates when exposed for up to a year to acidification levels that can be expected this century and beyond.

The caveats are that the research focussed only on adults, so other life stages may be more vulnerable, and that the persistence of krill will depend on how they respond to acidification in synergy with other stressors, such as ocean warming and decreases in sea ice extent.

Nevertheless, it’s an important finding. Krill are the primary prey of many Antarctic marine mammals and seabirds, and thus a key link in the Antarctic food chain. One species, Euphausia superba, comprises an estimated 379 million tonnes of biomass in the region.

Previous short-term studies have indicated that they may be more vulnerable to ocean acidification than crustaceans from lower latitudes.

As international researchers noted in a major 2012 paper looking at the impact of climate change on Antarctic krill, we need “a better understanding of the resilience and the genetic plasticity of krill life stages”.

The new study was carried out in the university’s Institute for Marine and Antarctic Studies and reported in a paper published in the journal Communications Biology.

“We reared adult krill in laboratory tanks for 46 weeks in seawater with a range of pH levels, including those in the present day, levels predicted within 100 to 300 years, and up to an extreme level,” says lead author Jess Ericson.

“We measured a suite of physiological and biochemical variables to investigate how future ocean acidification may affect the survival, size, lipid stores, reproduction, metabolism and extracellular fluid of krill.

“Our results showed that their physiological processes were largely unaffected by pH levels that they are expected to encounter over the coming century.”

A US study in 2011 argued that changes in the abundance of krill were responsible for increases and decreases in penguin numbers in the Antarctic.

In the same year, another group of Tasmanian researchers reported that both environmental change and human activity were having an impact on krill populations, with increased interest in products derived from krill.

Originally published by Cosmos as Krill more resilient than thought