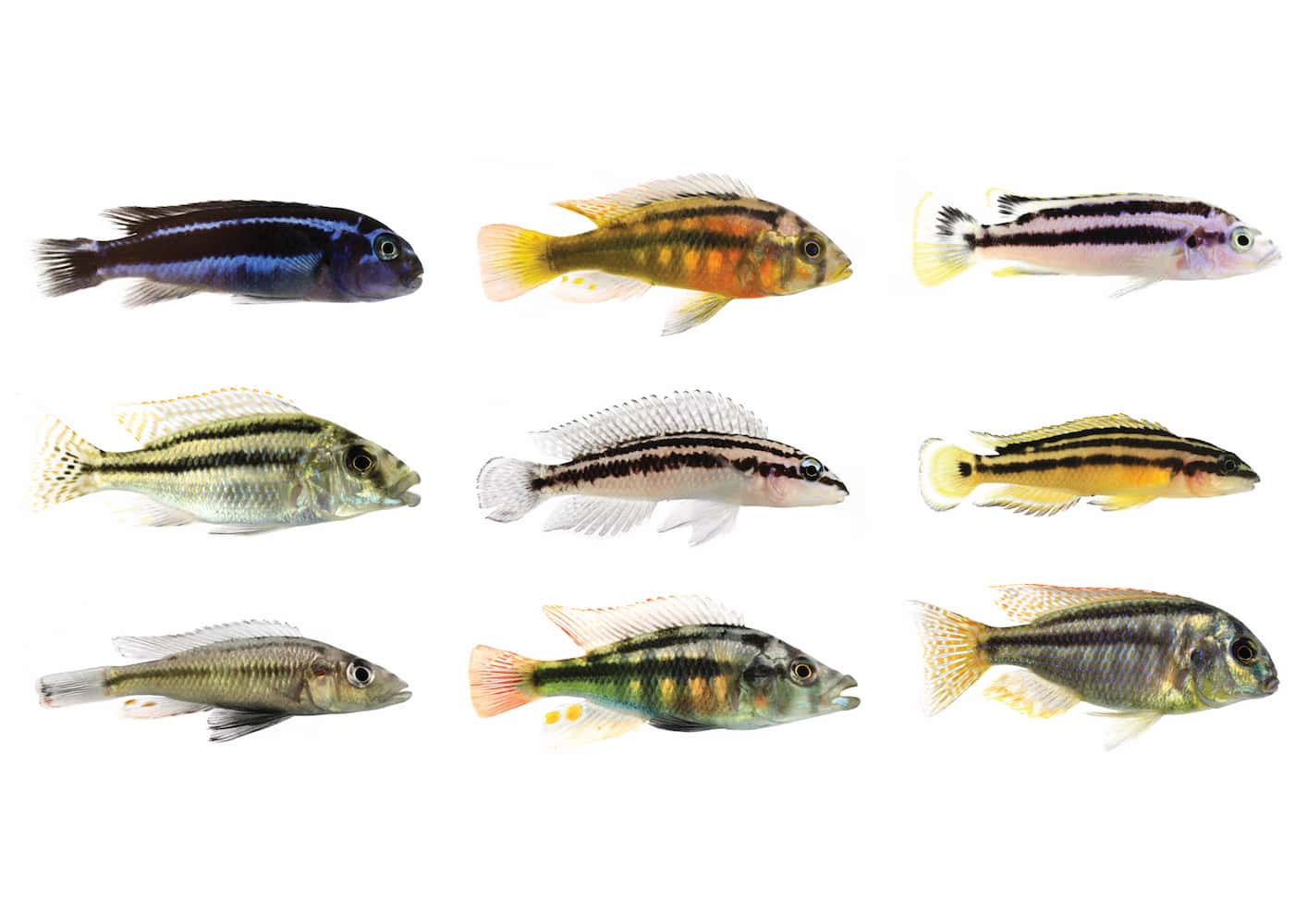 German evolutionary biologists have found a way to add and remove stripes on East African fish called cichlids, providing new clues to the genetic processes behind repeated or convergent evolution.

The scientists, led by Claudius Kratochwil from the University of Konstanz, say a single gene explains both why similar stripes can be found on different types of cichlid that are only distantly related and live in different places, and why stripes have occasionally come and gone during the evolutionary process.

And they found similarities to a single gene responsible for the different coat colours of cats, dogs and horses.

More than 1200 types of cichlid, among the most colourful of fish, are found in Africa’s three largest lakes –  Malawi, Victoria and Tanganjika. They are extremely diverse in terms of behaviour, shape, colour and other biological aspects, but certain features have repeatedly evolved independently in each lake.

One of those is a horizontal stripe, but from an evolutionary point of view it is rather unstable. Over the course of a few million years, stripes have been lost and re-emerged in the lakes many times over.

Using a combination of genome analyses and breeding experiments, Kratochwil and his colleagues discovered that all the cichlid species carry what they have dubbed “the stripe gene” – officially called agrp2 – but that the regulatory elements for it differ.

The gene is, in fact, a “stripes inhibitor”: if gene production is high, stripes will be suppressed, if production is low, they will remain. The team was able to demonstrate this using “gene scissors”.

“If we use CRISPR-Cas to remove the gene from the genome of a species without stripes, then even a stripeless fish will suddenly develop stripes,” says first author Claudius Kratochwil. “This proves that the stripes gene is the decisive genetic factor.”

The agrp2 gene is a copy of the agouti gene, which is responsible for different coat colours in mammals.

Most importantly, the researchers say, its existence in cichlids makes repeated evolution possible within the briefest of times (relatively speaking) and in a simple way. Stripes lost are not lost forever, and that means that “palaeontological rules and evolutionary rules have to be questioned once again”.

The paper is published in the journal Science.