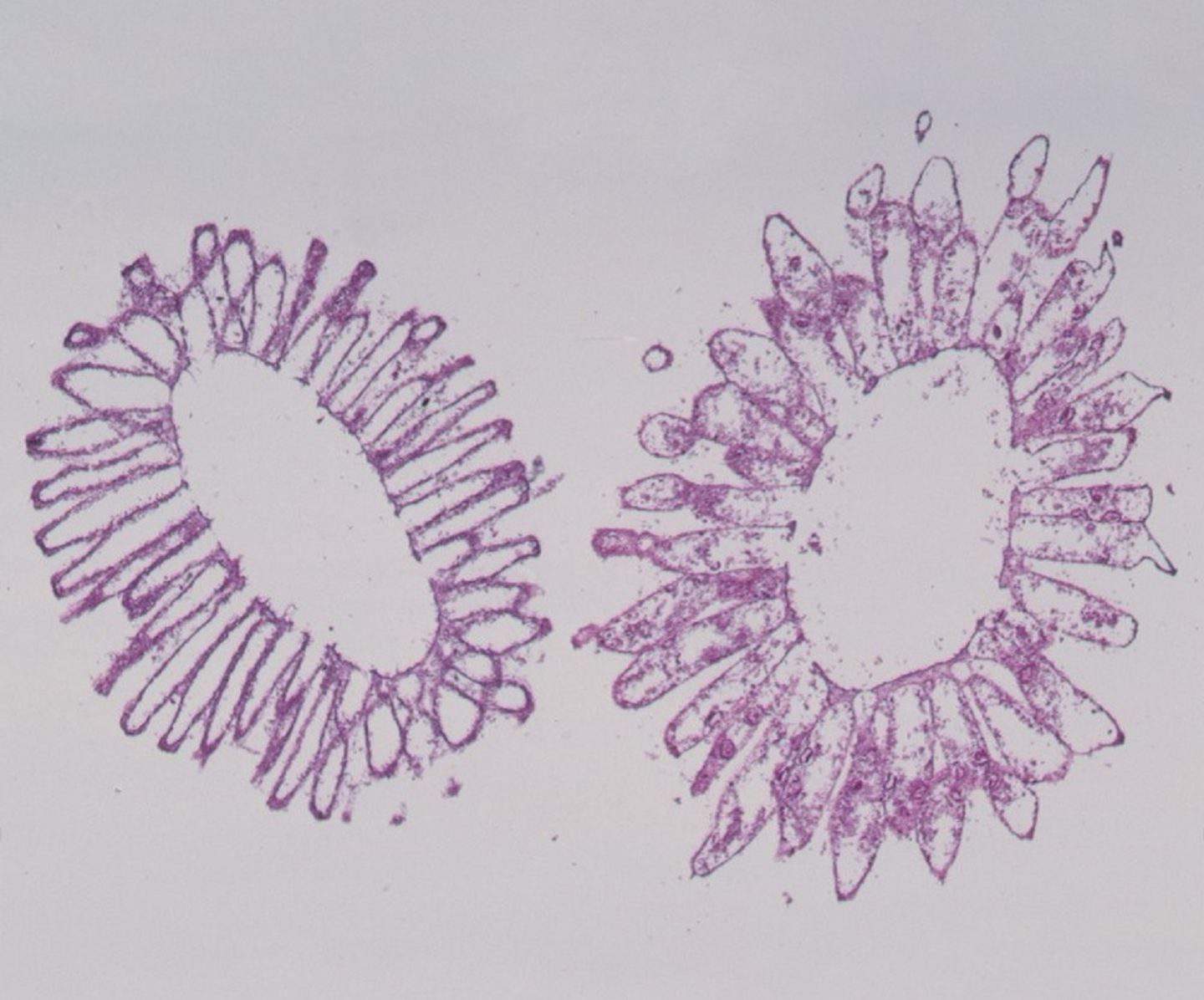 A cross section of a choanocyte. Credit: University of Queensland

This is a cross-section of a type of cell found in sponges known as a choanocyte. It is not what it seems.

Until now, it has been an accepted theory in evolutionary biology that choanocytes represent the earliest type of cell found in multicellular organisms, and that they developed from single-celled creatures known as choanoflagellate‐like protists.

New research conducted by researchers led by Bernie Degnan of Australia’s University of Queensland, however, indicates that the theory is wrong.

“We’ve found that the first multicellular animals probably weren’t like the modern-day sponge cells, but were more like a collection of convertible cells,” says Degnan.

“The great-great-great-grandmother of all cells in the animal kingdom, so to speak, was probably quite similar to a stem cell.

“This is somewhat intuitive as, compared to plants and fungi, animals have many more cell types, used in very different ways – from neurons to muscles – and cell-flexibility has been critical to animal evolution from the start.”