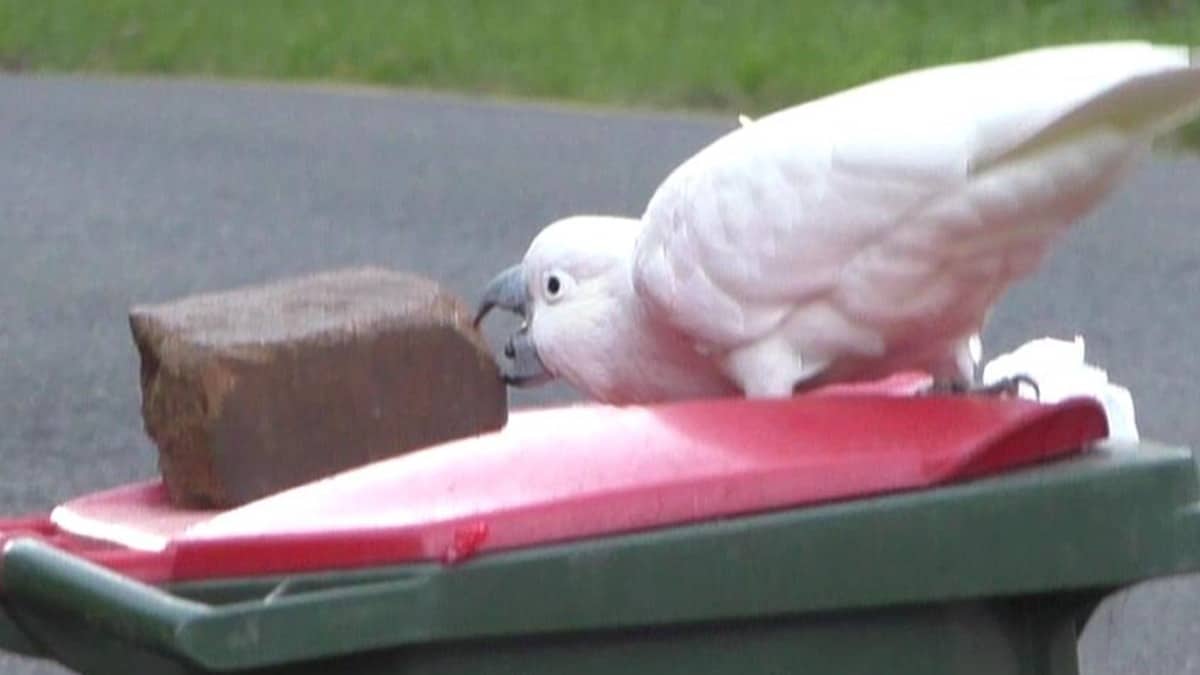 The white ibis is often referred to as the ‘bin chicken’ in Australia’s suburbs, but cockies have them covered.

Sydney’s sulphur-crested cockatoos are locked in a bitter struggle with humans to get access to their rubbish bins. Food waste – most likely bread – is their objective.

Following reports of these ingenious cockatoos learning to open bins a decade ago, researchers including Dr Barbara Klump from Max Planck Institute of Animal Behaviour, surveyed Sydney communities and found that from one area in the city’s south, reports of cockatoos breaking into people’s bins began expanding across the city.

In their study, they found one in 10 cockatoos would learn how to open a bin. Other members of the flock would observe these actions and learn from them.

It’s a cultural trait that demonstrates the complexity of animal societies outside of our own.

These traits have subtle differences between neighbouring flocks, while groups spread further apart showing more pronounced variation, showing the diversification of these behaviours across the cockatoo population.

“The cockatoos learn the behaviour from observing other cockatoos and within each group they sort of have their own special technique, so across a wide geographic range the techniques are more dissimilar,” says Klump.

We’re not so different in these bin battles

Some tried using bricks to weight the lids down.

Klump and her colleagues decided to further investigate the human behaviours that emerged in response to kleptomaniacal cockies. Their findings are published in Current Biology.

When one form of protection failed, residents would try adapting their strategies, and just as the birds learn how to open the lids from their fellows, so too do householders pick up more effective tips from neighbours.

One respondent to Klump’s survey noted that when cockatoos learned to remove bricks, they chatted to neighbours on the opposite side of a nearby highway and learned adhering sticks to their bins might do the trick. It did.

Human-animal interactions will become more frequent as cities encroach further on habitats. The dynamics between people, their bins, and hungry cockatoos looks set to stay.

The colloquial dubbing of ibises as ‘bin chickens’ in Australia masks the reality that the nation’s cities have intruded so far into animal habitats they’ve become urbanised in the absence of their natural wetland foraging grounds.

The research team will next look to determine how cockatoo behaviour changes from season to season.

“As cities expand, we will have more interactions with wildlife and I’m hoping that there will be a better understanding and more tolerance for the animals that we share our lives with,” Klump says.