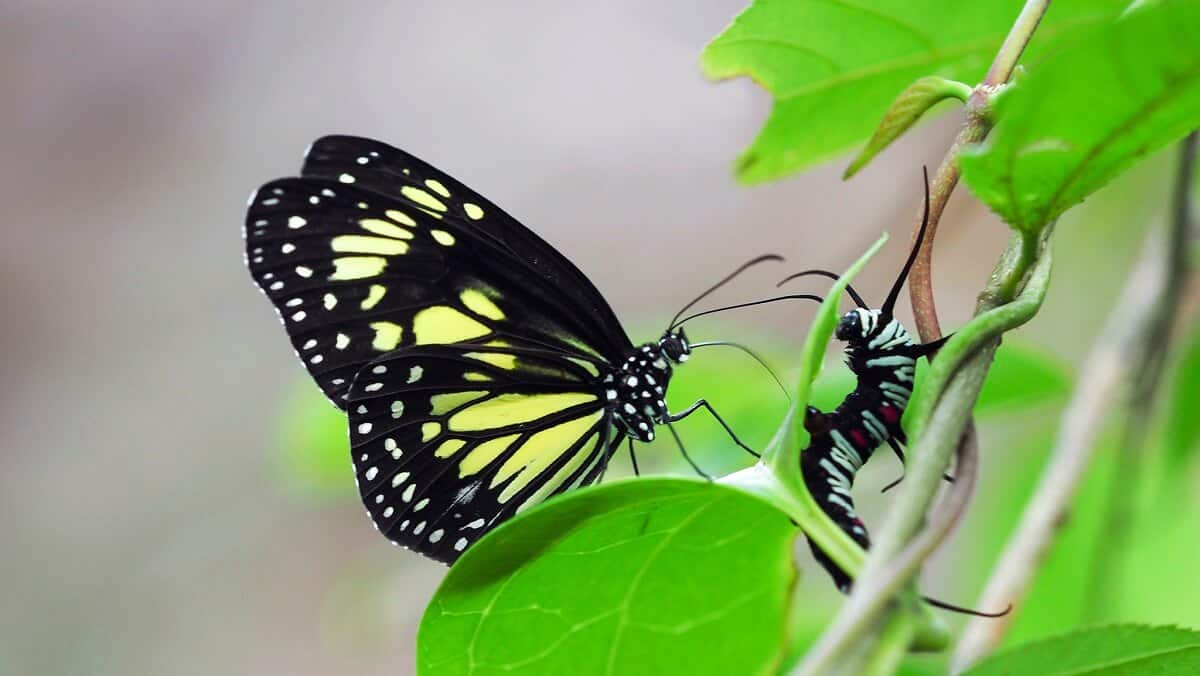 Eat your young, load up on supplements, and woo the ladies – it’s all in a day’s work for male milkweed butterflies, according to new research.

In a study that would make Hannibal Lecter proud, published in Ecology, researchers investigated a strange cannibalistic mating ritual, where male milkweed butterflies (Danainae subfamily) harassed, subdued, and subsequently fed on caterpillars from the same family.

And all to get some special scents for seduction.

Caterpillars eat toxic plants so that they become unpalatable to predatory birds, and the chemicals later manifest in bright wing colours. When they grow up, the butterflies continue acquiring these toxins to boost their pheromones.

Unfortunately, plants aren’t enough, because milkweed butterflies from the forests of North Sulawesi, Indonesia, begin cannibalising other caterpillars as a supplementary chemical source.

Once they have had their unpleasant snack, the male butterflies use the chemicals to enhance their appeal by producing better quality pheromones.

“Caterpillars are essentially bags of macerated leaves – the same leaves that contain these potent chemicals the milkweed butterflies seek out. To adult butterflies, the caterpillars may simply be an alternative source of chemicals on which to feed.”

The ladies seem to love this strong, brutal cologne, so the male butterflies ended up having greater reproductive success.

“This is the first time the behaviour has been reported,” says Tea.

“The behaviour does not fit neatly in the traditional modes of predation, parasitism or mutualism, and so presents a new challenge to evolutionary theory. We have coined it ‘kleptopharmacophagy’ – chemical theft for consumption.”

“The caterpillar larvae would contort their bodies rapidly in what appeared to be futile attempts to deter the scratching,” says Tea.

While milkweed butterflies were already known to feed off other dead insects, this was the first report of live cannibalism of family members. Regardless, it is still unclear whether the caterpillars’ fatalities were a direct result of being scratched to death.

“For example, which exact compounds are these butterflies interested in? Does this behaviour occur elsewhere in the world?”