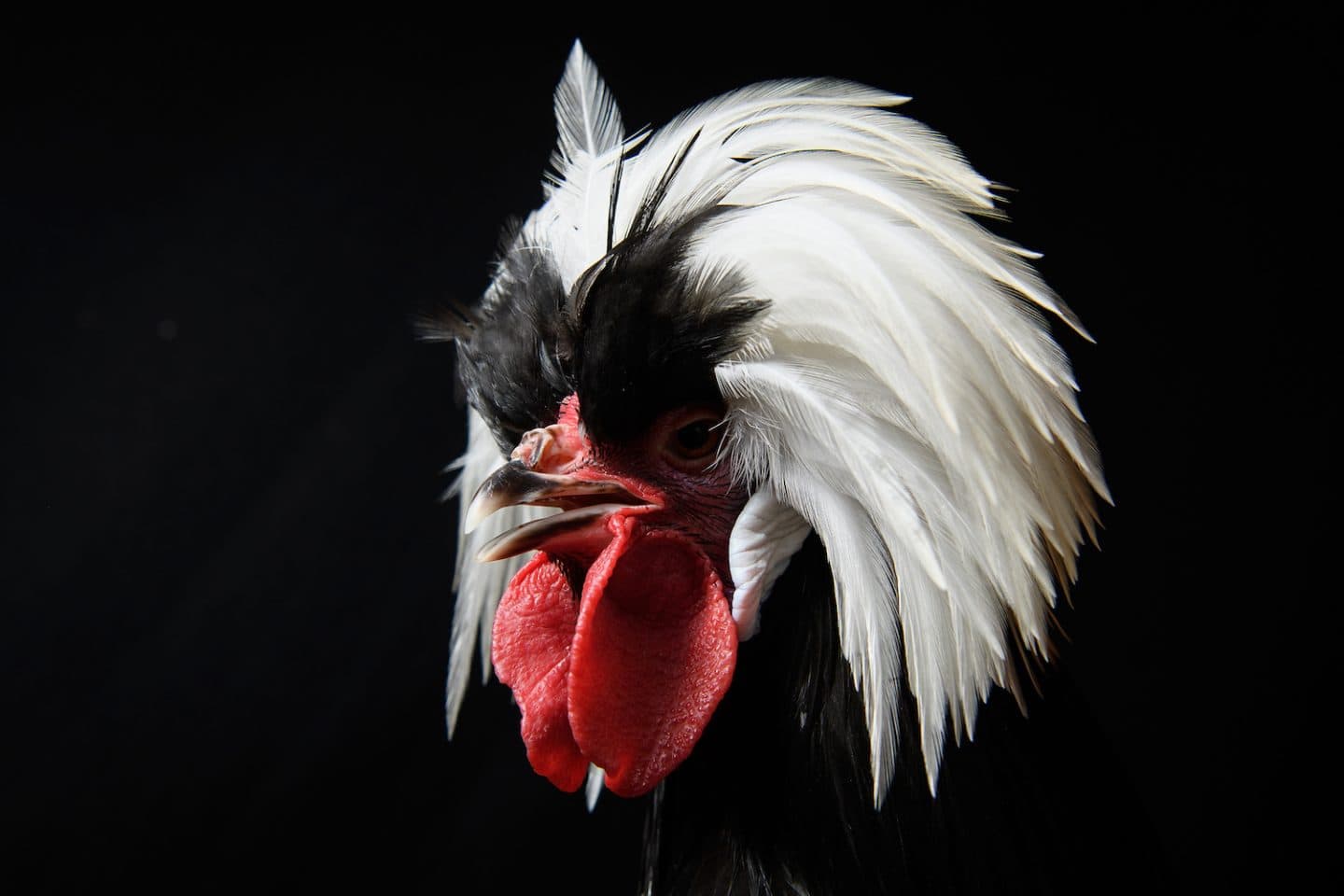 It’s official. Crested chickens – those breeds which sport mop-tops and always look like they’ve been to a hairdresser before making an appearance at the poultry show – are weird.

Research led by Madlen Strange from Zurich University in Switzerland set out see how head size and shape varied in domesticated chickens compared with their wild progenitors.

To make their findings, Strange colleagues measured the skulls of 62 chickens, comprising 41 domesticated breeds and 21 wild birds. The latter group comprised mainly skulls from the chicken’s wild ancestor, the red jungle fowl, but included two specimens of the rare Burmese Bantam, collected by none other than Charles Darwin – who was fascinated by the question of whether the domestication of animal species produced greater shape variation than that found in the wild.

The question of chicken skulls has remained open, however, not least because despite the variety of birds bred for meat, eggs or show, there is no single global classification of breeds.

To overcome this drawback, the researchers cast their net wide in an attempt to gather samples covering most, if not all, of the chicken types commonly used around the world, including leghorns, bantams, Cochins, Spanish cocks, Pekins, Rumpless Games and the impressively named Appenzeller Spitzhaubenhuhn.

This last is one of several types of crested chicken – in this case, a rare breed found primarily in a single district in Switzerland.

Strange and her colleagues found that in general Darwin’s theory was well supported, with domestic chickens showing a wider variety of skull shape and size than wild red jungle fowls.

They also found – again, in line with theories about domestication – there was very little correlation between body size and head size. Chickens bred for meat have large bodies, but do not necessarily have skulls to match – the result, the researchers suggest, of historically lower predation.

Most of the variation, they found, was in the part of the skull known as the cranial vault, reflecting variation in brain size.

The only real variation in this trend was found among the crested breeds, which, the scientists concluded, “exhibit skeletal abnormalities” resulting in an “extreme form” of brain shape variation.

Originally published by Cosmos as Some chickens really are peculiar