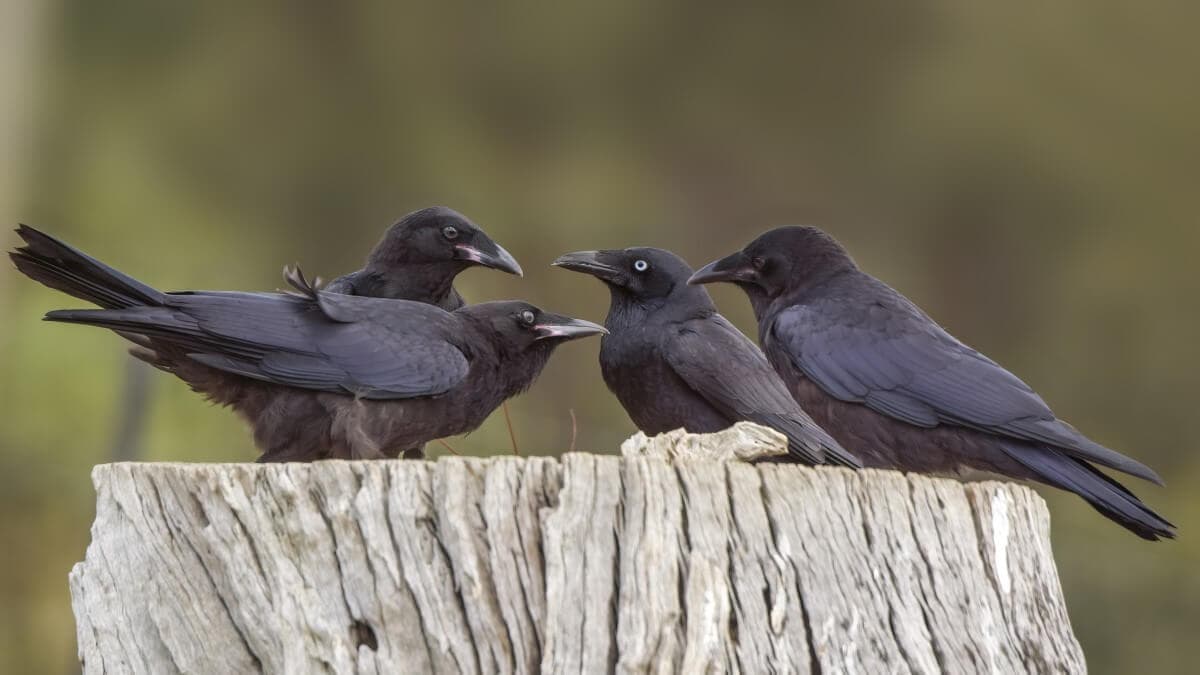 Crows and ravens are almost everywhere. The big black birds from the genus Corvus are native to every temperate continent except South America, popping up in a diverse range of habitats.

This expansion is much larger than other parts of the Corvidae family, like jays and magpies, who have more limited distributions. (The only habitat where magpies outperform crows is the MCG.)

What’s behind the success of the crows and ravens? Brawn, brains and beating wings, according to a new study in Nature Communications.

“We hypothesise that these three very convenient combinations of traits are what allowed this group of birds to colonise and diversify across the world,” says first author Dr Joan Garcia-Porta, a biologist at Washington University, US.

Garcia-Porta and colleagues examined Corvid specimens from museums around Europe and the US. The Corvus genus of birds consistently had longer wing lengths, bigger body sizes, and bigger relative brain sizes than the rest of their Corvid cousins.

While it had been previously established that the wing lengths of ravens and crows allow them to fly further in the first place, this research points out the latter two traits also have a big role to play in their dominance.

“When we think about processes of global diversification, it is important to consider not just the ability to reach new places, but also the ability to survive once you get there,” says co-author Carlos Botero, an assistant professor of biology also at Washington.

“Our work suggests that crows and the ravens diversified both quickly and widely because they were particularly good at coping with different habitats.”

More on corvids: Is it ethical to train crows to pick up cigarette butts?

Brain size relative to body size is particularly important here: it gives the birds the ability to adopt new behaviours in new environments.

“It truly seems that their incredible behavioural flexibility may have played a major role in allowing these birds to survive initial periods of maladaptation and hang in there long enough for selection to catch up and produce a range of new species in the process,” says Botero.

Crows and ravens had also, unsurprisingly, speciated further than other birds in Corvidae. Because they appear in so many dramatically different environments, they’re exposed to many more selection pressures than their counterparts.

“These new environments often favour tweaks to an organism’s phenotype that facilitate survival and overall performance. That process is often known as ‘optimising selection’,” says Botero.

“Thanks to these amazing birds, we now understand a bit more the processes by which animals rapidly expand across the planet and how this geographic expansion translates to the production of new species with new morphologies,” says Garcia-Porta.

Originally published by Cosmos as Why are there crows all around the world?