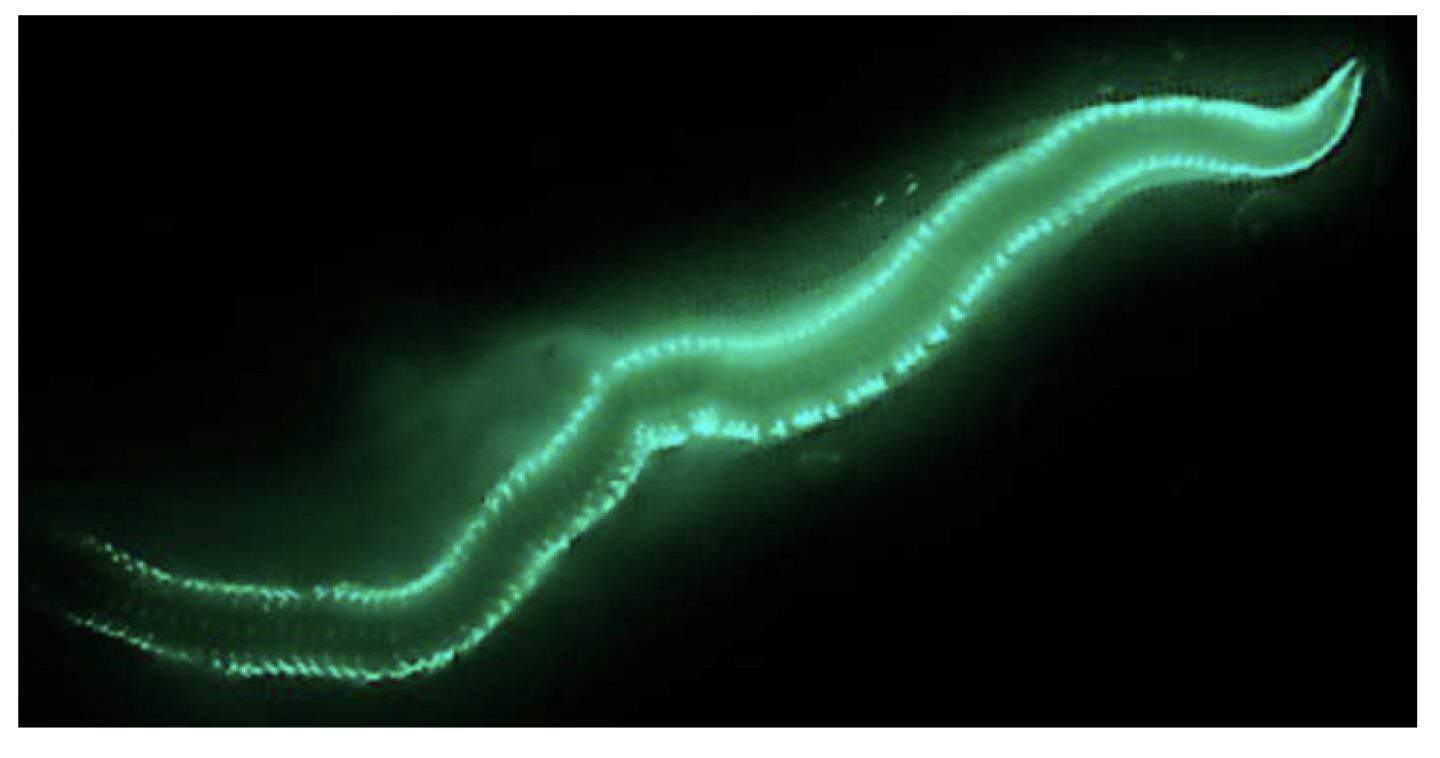 A Bermuda fireworm, glowing with excitement. Credit: James B. Wood

One of the most entrancing sights in the natural world is that of Bermuda fireworms feeling randy.

The worms (Odontosyllis enopla) live in the waters surrounding the island of Bermuda, a British territory in the north Atlantic Ocean, and at very specific times of the year gather en masse to spawn. Males and females, wriggling and spinning in the water, exhibit a beautiful blue-green luminescence.

And while certainly not the only marine species to use body light to further its aims, researchers at the American Museum of Natural History have discovered that the mechanism it uses to create it is unique.

The fireworms only display their luminescence twice a year – and at extraordinarily specific times.

The fun starts in spring and autumn at precisely – precisely – 22 minutes after sunset on the third night after the full moon.

“It’s like they have pocket watches,” says Mercer Brugler, lead author of the new research.

Nothing, therefore, if not reliable, the biannual fireworm display is a hot favourite with island tourists and zoologists alike.

“The female worms come up from the bottom and swim quickly in tight little circles as they glow, which looks like a field of little cerulean stars across the surface of jet black water,” says researcher Mark Siddall.

“Then the males, homing in on the light of the females, come streaking up from the bottom like comets – they luminesce, too. There’s a little explosion of light as both dump their gametes in the water. It is by far the most beautiful biological display I have ever witnessed.”

Until now, however, the precise pathway by which the worms produce their glow has been poorly understood.

It was expected that they would deploy an enzyme called luciferase, because it is used by all bioluminescent organism so far studied – including jellyfish and fungi.

To confirm this, Brugler and his colleagues sequenced the full set of female fireworm RNA molecules – known as the transcriptome. Sure enough, they found luciferase, but of a type never seen before.

The discovery will do nothing to dampen enthusiasm for the fireworm mating displays, but according to co-author Michael Tessler it may well spark interest in a field far removed from natural history.

“It’s particularly exciting to find a new luciferase because if you can get things to light up under particular circumstances, that can be really useful for tagging molecules for biomedical research,” he says.