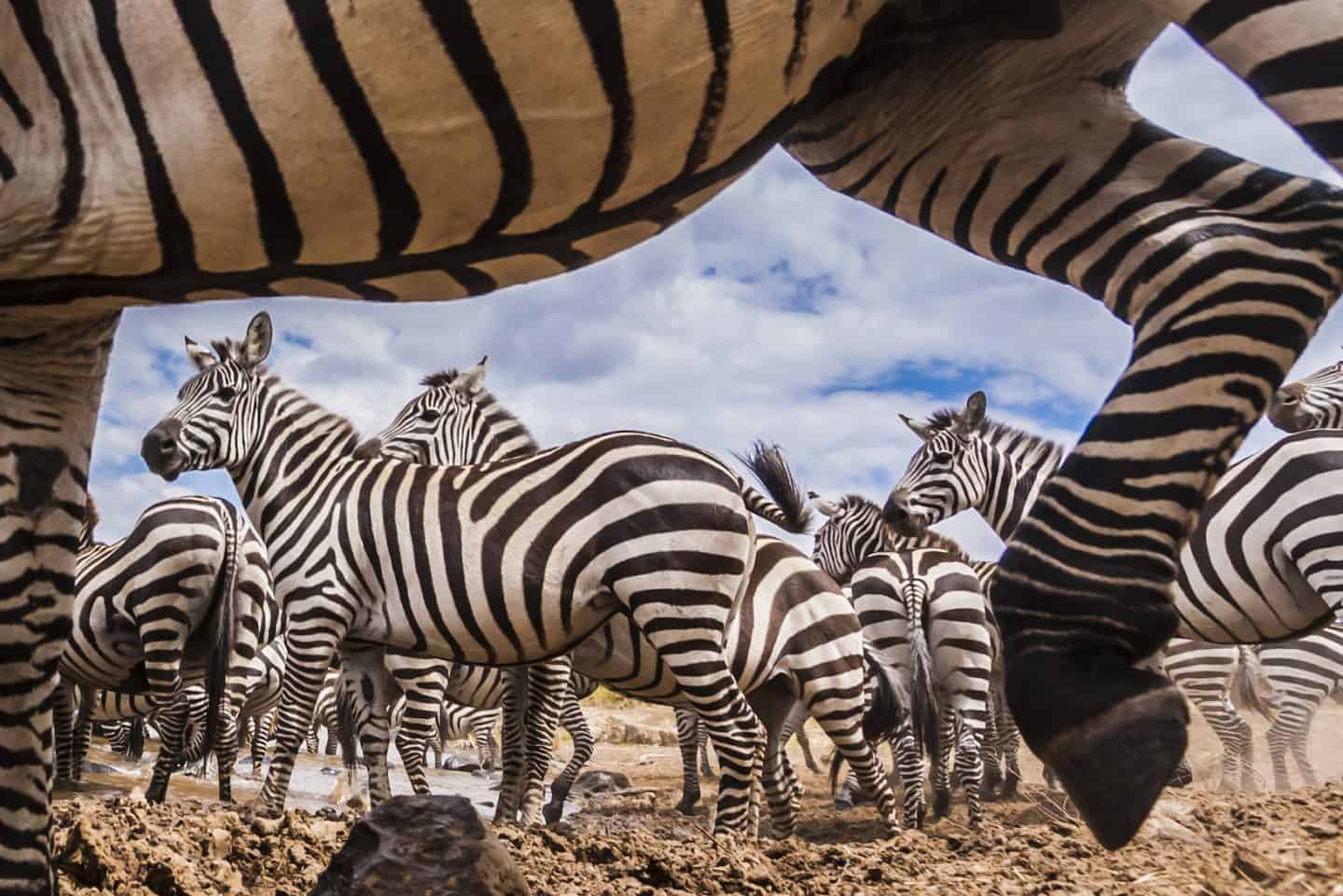 There are, according to a team of researchers from Eötvös Loránd University in Hungary, “as many as 18 theories for the possible functions of the stripes of zebras”.

The team, led by Gabor Horvath and writing in the journal Scientific Reports, has now succeeded in reducing the number by one, after demonstrating that the trademark stripes do not, as previously suggested, help the animals stay cool beneath the African sun.

Pondering the purpose of zebra stripes has been a popular pastime for naturalists stretching as far back as Charles Darwin. As well as thermal regulation, their presence has been tentatively explained by camouflage, predator avoidance, protection against biting insects, social interaction and many other things.

The heat regulation hypothesis holds that the animals’ black and white stripes absorb and reflect heat at different rates. The temperature gradient between the two interlinking zones results in small vortexes of air just above the pelt, the movements of which serve to cool the animal down.

To test this, Horvath and colleagues opted in the first instance not to conduct experiments using actual zebras. Instead, they used water-filled metal barrels, each covered by a pelt from either a horse, cow or, indeed, a zebra. As well as stripey – both natural and artificial – the skins were solid black, solid white, and grey.

The barrels were then left out in the sun for four months and their core temperatures continually measured. Even after runs of several hot days in a row, the temperature of the zebra-striped barrels was no different to that of the grey ones.

To make sure the barrels functioned as adequate analogues of the animals in question, Horvath and colleagues subjected both to thermal imaging.

The research found that because there was no significant difference between the grey and the zebra-striped barrels the idea that the iconic coats function as wearable coolers was not supported.

Originally published by Cosmos as Why do zebras have stripes?