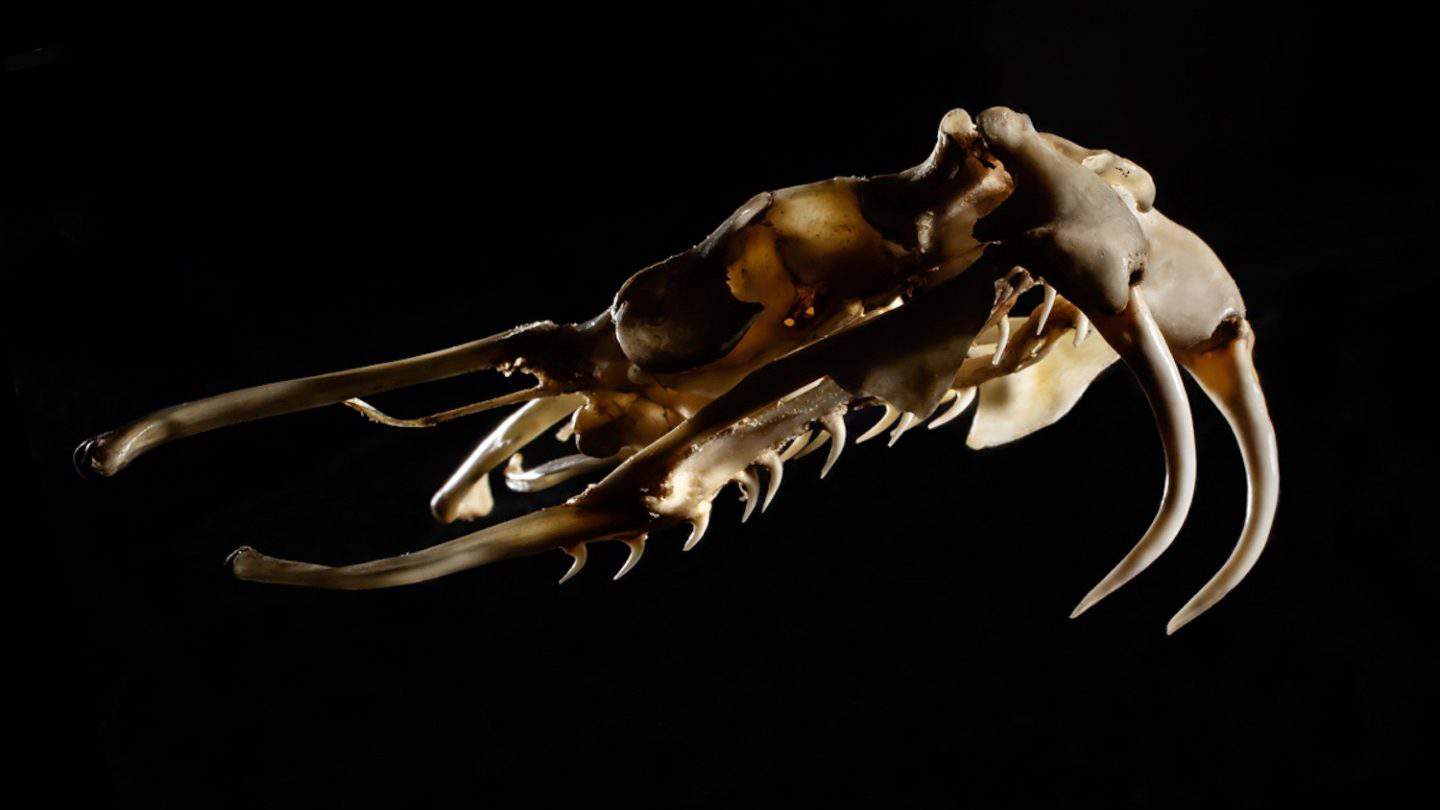 What makes something functionally sharp? Not just sharp in a pointy and potentially painful way, but actually well equipped to be useful.

Many animals that prey on vertebrates need sharp teeth or spines to get through tough skin, and biologists have several ways of measuring that sharpness – radius of curvature, angle of the point, and measures of surface area among them.

Despite this, few studies have tested which of these best correlates with puncture ability.

A team of engineers and biologists in the US decided it was time to find out more, and combined their skills and resources to bring to the table, respectively, tungsten metal punches and snakes.

Snakes first. Stephanie Croft and Philip Anderson from University of Illinois at Urbana-Champaign borrowed 29 different viper fangs from Chicago’s Field Museum of Natural History, quantified their fang tip geometry then calculated a sharpness index for each.

This included measuring the amount of force required to drive each fang into a cube of ballistics gel.

“The evolution and development of colubrid snakes and their venom injection apparatus is well studied, as are venom properties, and strike kinematics of a wide range of species,” the researchers write in a paper published in the journal Biology Letters.{%recommended 1654%}

“However, the specific puncture mechanics of snake fangs have yet to be experimentally tested.”

Using the viper fang measurements as a guide, engineers Rebecca Lai and Yu Hu from the Georgia Institute of Technology then created tungsten punches that replicated as many of the angles measured in viperid fangs as was possible.

And the overall finding? Tip angle is the strongest predictor of puncture performance in both viper fangs and engineered punches.

“These results indicate that when quantifying puncturing tool sharpness, it is important to account for both included angle and sharpness index, but the importance of the latter wanes as included angle increases,” the researchers write.

“These results are in keeping with similar work on steel punches used to puncture beetles. For organisms that depend on functional puncturing tools, this is of practical importance since sharpness index will increase with wear, but included angle less so.”

They researchers also found that punches serve as good predictors of fang performance at small angles and sharpness index values.

They acknowledge it is not clear if their viper findings would be applicable to other biological puncture systems, noting that variables such as puncture tool shape and angle during the puncture event, the speed of the event, and the material properties of the target wold all affect the outcome.

However, they say their results illustrate how different aspects of tip shape can have a strong influence on the mechanics required to puncture successfully.