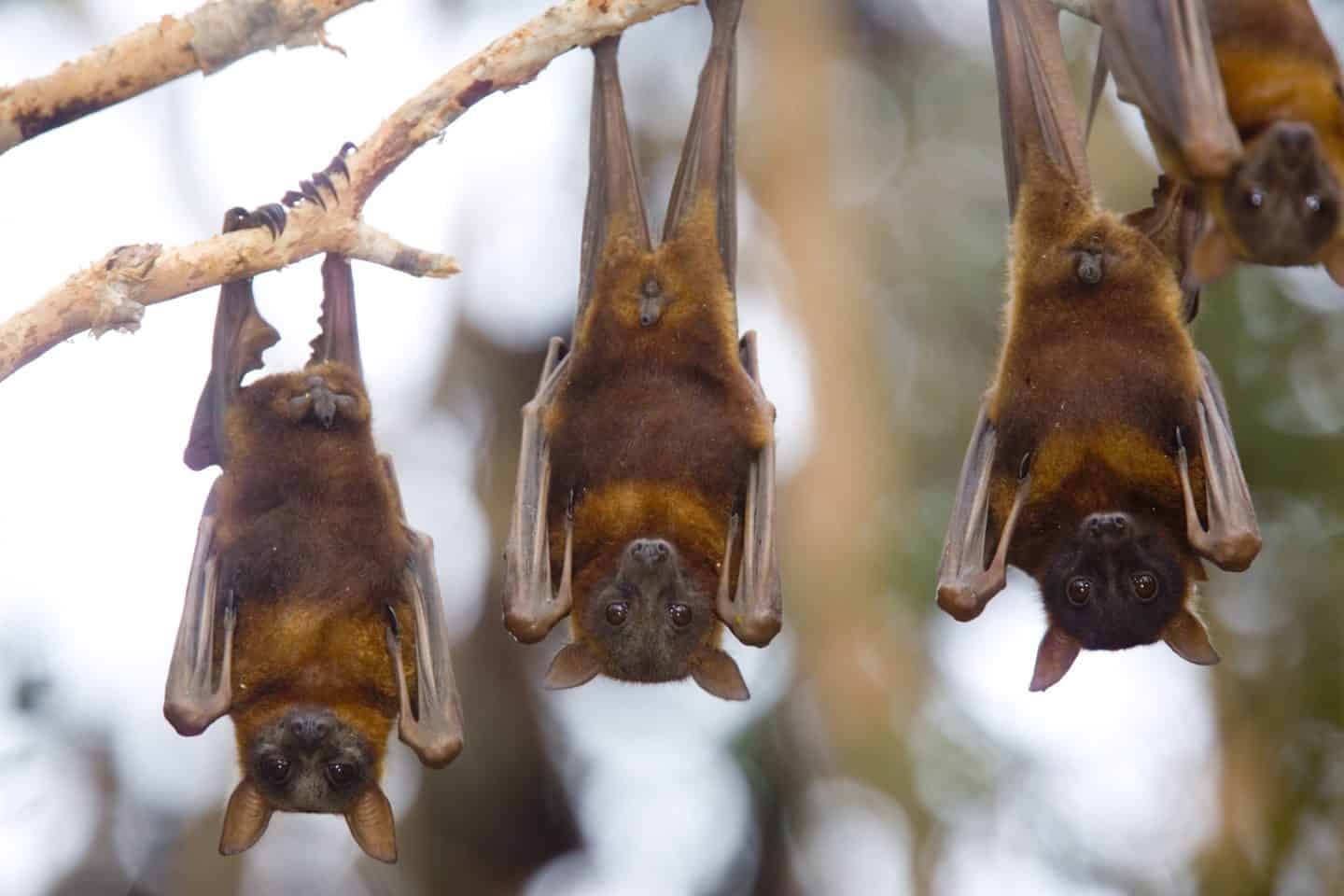 If a human contracts a virus such as Ebola, he or she would be dead within days. Yet members of the bat family are natural hosts to it, SARS, rabies and over 100 lethal and non-lethal viruses without suffering any ill effects.

Recent research from China has provided another clue into the mechanics of the bat family’s anti-viral superpowers, which may be related to their capacity for sustained flight.

When we contract a virus, special proteins known as interferons are produced in the body. The interferon response helps fight the virus, but if that response is too strong auto-immune diseases result.

In 2016, the first bat genome was sequenced, that of an Australian black flying fox (Pteropus alecto). This study found that the flying fox has a low number of interferons, in fact the lowest of any other mammal group. The study also found that the expression of these proteins was the same in the absence of any disease, that is, they stayed switched on.  This unusual pattern had not been described in any other species.

And it seems the immune systems of the entire bat family are primed for being natural hosts to viruses – with further work revealing another surprising difference between them and other mammals.

Researchers at the Wuhan Institute of Virology in China examined 30 bats from a number of genera, and found that in all of them an antiviral immune pathway called the STING-interferon pathway is dampened. The results are published in the journal Cell Host & Microbe.

“We believe there is a balance between bats and the pathogens they carry,” says senior author Peng Zhou.

“This work demonstrated that in order to maintain a balance with viruses, bats may have evolved to dampen certain pathways.” The research compared the STING – a portmanteau of “STimulator of INterferon Genes” – of the 30 bats with that of 10 other mammal species, including humans, dogs and cats.

In humans, an activated STING pathway is linked with severe autoimmune diseases. In bats, the the pathway is kept switched on, but at a very low level, so the animals can maintain just enough defence against illness without triggering a heightened immune reaction.

The authors hypothesise that this defence strategy evolved as part of three interconnected features of bat biology: they are flying mammals, have a long lifespan, and host a large viral reservoir. “Adaptation to flight likely caused positive selection of multiple bat innate immune and DNA damage repair genes,” Zhou says.

Jason Mackenzie, from the University of Melbourne’s Laboratory of Microbiology and Immunology, explains how this may be related to the bats capacity for flight: “During the metabolic stresses of flight, some of the bat DNA is released into cells, where it doesn’t belong, and normally this would trigger a powerful immune response, however [the researchers] have shown that during evolution bats have mutated a key protein in this response called STING.”

Another immunologist, Kate Stacey from the Innate Immunity Lab at University of Queensland, offers her take on the results of Zhou and his colleagues.

“I would suggest that viral infection is the compromise that the bats have made for flight,” she says.

“It’s a bit like a fairy tale where you can only get what you truly desire by taking on something unpleasant at the same time: yes, you can have legs instead of a mermaid tail, but every step you take will be like walking on glass!  However, evolution being what it is, the bats have managed to work out a compromise with the viruses, remaining outwardly healthy whilst they can keep the viral load within some limits.”

Greater understanding of how bats co-exist with viruses has applications in the study of auto-immune disease in humans, but also will also assist in the development of treatments for the humans and livestock who are affected by these diseases in many regions of the world.

In Australia, the Australian Bat Lyssavirus (ABLV) is present in both microbats and flying foxes. The virus is a member of the rabies family, with the same severe effects if contracted – certain death. There have been three cases of ABLV in humans in Australia; all were fatal.

It is very hard to contract the disease in Australia, as it requires contact with an infected bat’s saliva. For this reason, all bat researchers and carers wear gloves when handling the animals, and are immunised against rabies. The disease cannot be caught through contact with flying fox droppings.

The Hendra virus is a more complex case – as the virus goes from bats to horses to humans. There have been seven Hendra cases in Australia, four of which have been fatal.  Stressed flying foxes may forage in pastured areas, such as fruit trees in horse paddocks. If the horse is in a sub-standard paddock without sufficient grass feed, it may eat fallen fruit or even leaves covered with bat urine.  The horse then transmits the virus to the human via close contact.  There is no record of a bat to human transmission of the Hendra virus.