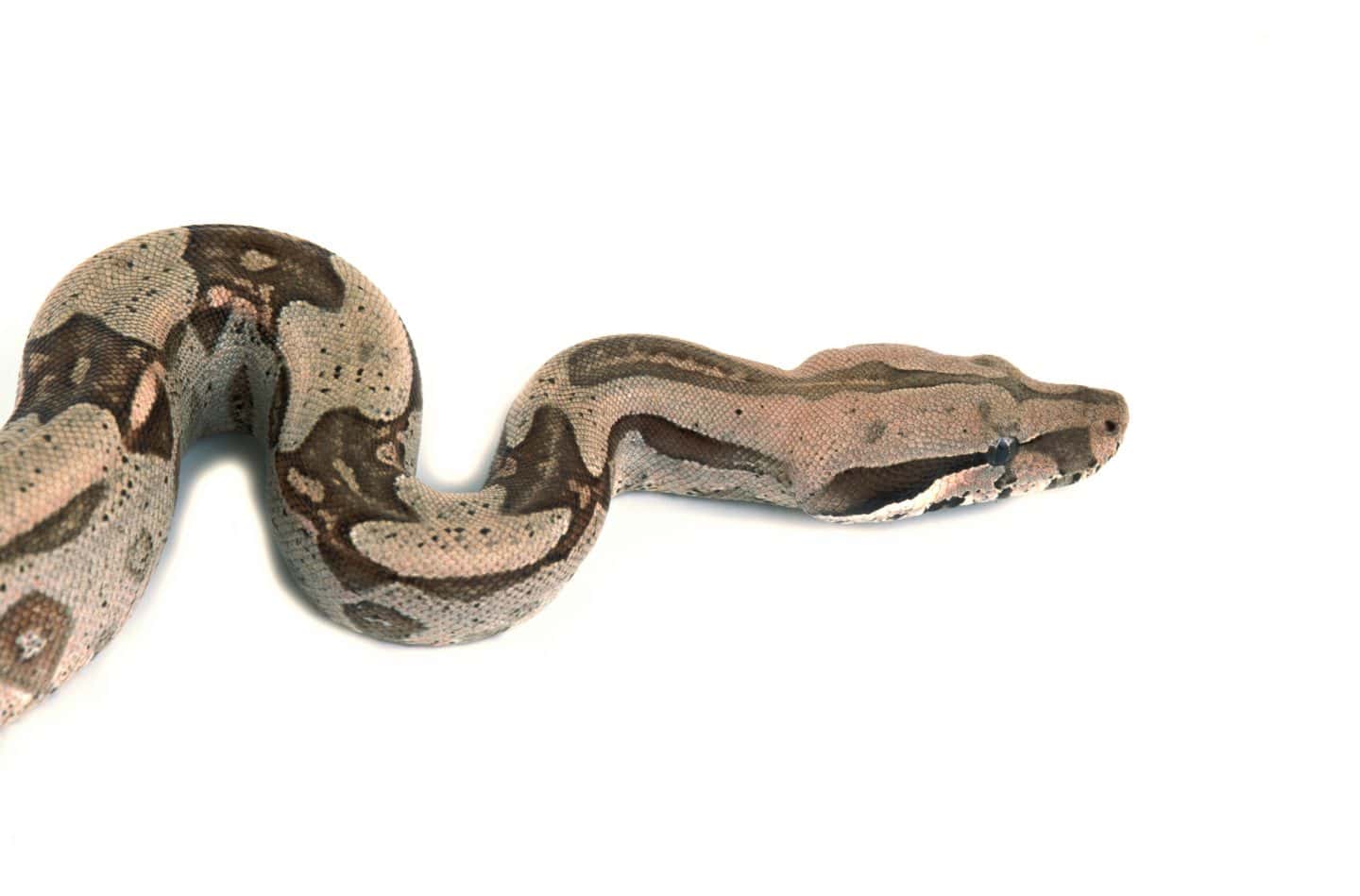 A boa constrictor. If it wanted to go straight, it could. Credit: Auscape/ Uig via Getty Images

Snakes are well known for their sinuous, side-winding movements, but they can also move in a straight line, like a train through a tunnel. Some species use this talent to hunt prey that lives in burrows.

Despite this behaviour being first observed more than 70 years ago, the bio-mechanics the snakes bring to bear to achieve this feat have only just been established. They are revealed in a paper written by biologists Bruce Jayne and Steven Newman, both from the University of Cincinnati in the US, and published in the Journal of Experimental Biology.

“It’s a very good way to move in confined spaces,” Jayne says. “A lot of heavy-bodied snakes use this locomotion: vipers, boa constrictors, anacondas and pythons.”

The mechanics of this straight-ahead progress, known as ‘rectilinear locomotion’, have not been studied as much as the more well-known forms of snake movement, known as concertina, serpentine and sidewinding. Rectilinear locomotion was first examined in 1950 by biologist HW Lissman.  He surmised that it was specialised belly muscles that allowed the snake to move along without the use of its spine.

Jayne and Newman have now tested Lissman’s hypothesis. They used high-definition digital cameras to film boa constrictors moving on marked surfaces, while recording the electrical impulses generated by particular muscles. The researchers also added reference dots on the sides of the snakes to track the movements of the muscles beneath the skin.{%recommended 5470%}

The pair was able to pinpoint the mechanics of the forward motion. The skin on the belly of the snake expands more than the skin on its back. As it inches forward, the scales act like the tread of a tyre, gripping the ground. Muscles attached to the ribs, and through to the skin, then fire in a remarkably sequential way, like the feet on a crawling millipede.

As a result of careful movement in these key muscles “the vertebral column moves forward at a constant rate,” says Newman.

“One set of muscles pulls the skin forward and then it gets anchored in place. And opposite antagonistic muscles pull on the vertebral column.”

Jayne says Lissmann’s 1950 description was largely correct. “But he hypothesised that the muscle that shortens the skin was the mechanism that propels a snake forward. He got that wrong.

“But given the time he conducted the study, I marvel at how he was able to do it. I have tremendous admiration for his insights.”

You won’t see frightened snakes moving away from humans at speed in a straight line. The researchers found that they only use this form of movement when relaxed. When they were startled or prodded to move, they reverted to traditional concertina and serpentine motions.