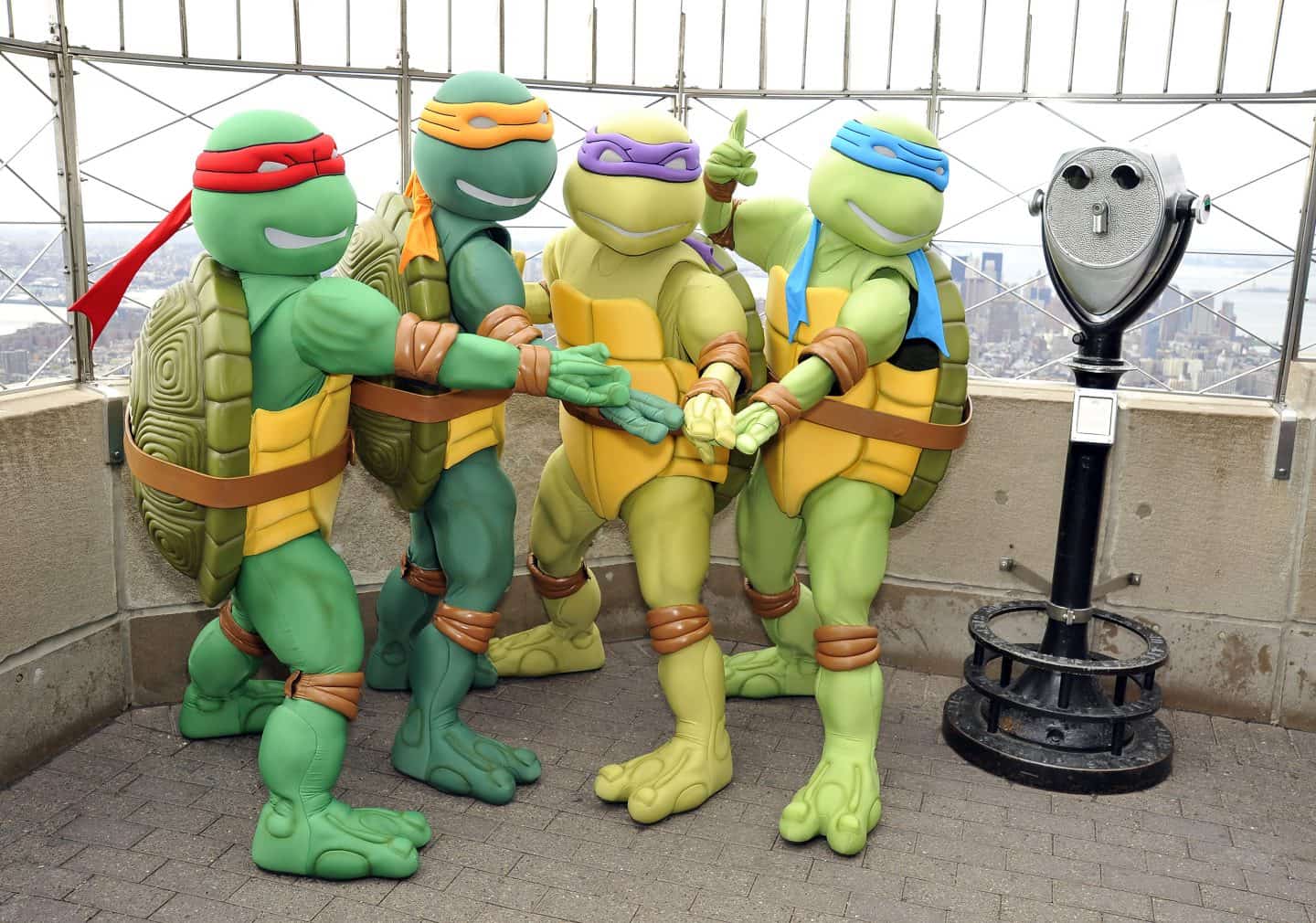 The Teenage Mutant Ninja Turtles may keep the city free of crime, but their real-life counterparts are wreaking havoc all over the place. Credit: Gilbert Carrasquillo/ Filmmagic

The fearsome crime-fighting Teenage Mutant Ninja Turtles are, in fact, red-eared slider terrapins (Trachemys scripta elegans). This is not, however, why red-eared sliders are listed by the International Union for Conservation of Nature (IUCN) as one of the world’s 100 worst invasive alien species.

According to the Global Invasive Species Database, which was developed in co-operation with the IUCN, the animals are considered an environmental pest outside their natural range because they compete with native turtles for food, nesting areas and basking sites.

The database notes that red-eared sliders, semi-aquatic freshwater turtles native to the southern United States and northern Mexico, have been extremely popular as pets, because of their small size, simple pet-care requirements and low price. More than 52 million were exported from the US between 1989 and 1997.

But many owners were unprepared when their tiny reptiles grew to be 30 centimetres long, or for the realisation that they can live up to 50 years in captivity. As a result, many were released into the wild.

These experiences mirror the findings of a new US-based study published in the Journal of Applied Ecology, which found that exotic pets that start out cheap, small and cute are the most likely to be released or escape into the wild and potentially disrupt ecosystems.

Their report says the trade in “exotic” pets has become the main source of alien reptile and amphibian species worldwide. It defines exotic pets as “species without a long history of domestication that are legally captured from their native range or bred within facilities and sold to consumers as household companions”.

Stringham and Lockwood documented 1722 reptile and amphibian species in the US exotic pet trade from 1999 to 2016, and compared the list with previous research and data from a citizen science project that recorded sightings in the US of non-native species. They found that the most popular pets – those imported in high numbers and sold at low prices, usually when they’re small and cute – are the most likely to be dumped into the wild later on.

“The owners may under-estimate the space and costs needed to keep such animals as they grow into adults,” says Stringham.

He singles out pythons and boa constrictors as conspicuous pests – snakes that can grow to enormous size. “Not wanting to euthanise, owners may resort to releasing them instead,” he suggests.

A 2017 news item by the US CBS network reported that 100,000 Burmese pythons live in the US state of Florida, in the vast Everglades wetlands, growing to as long as six metres.

It emphasises the importance of these releases in the invasion process, but says most of the research up until now has focused on already established exotic pet populations and not on how they came to be settled in the ecosystems.

“There is considerable evidence,” the authors write, “that if alien species are not released, or are released in small enough numbers, they are far less likely to become established.”

The study suggests providing potential owners with information about the future growth and lifespan of an exotic pet, along with the ecological damage that can result from releasing them, and a list of safe places to surrender them, including shelters, rehoming initiatives and buy-back programs, to avoid future releases.