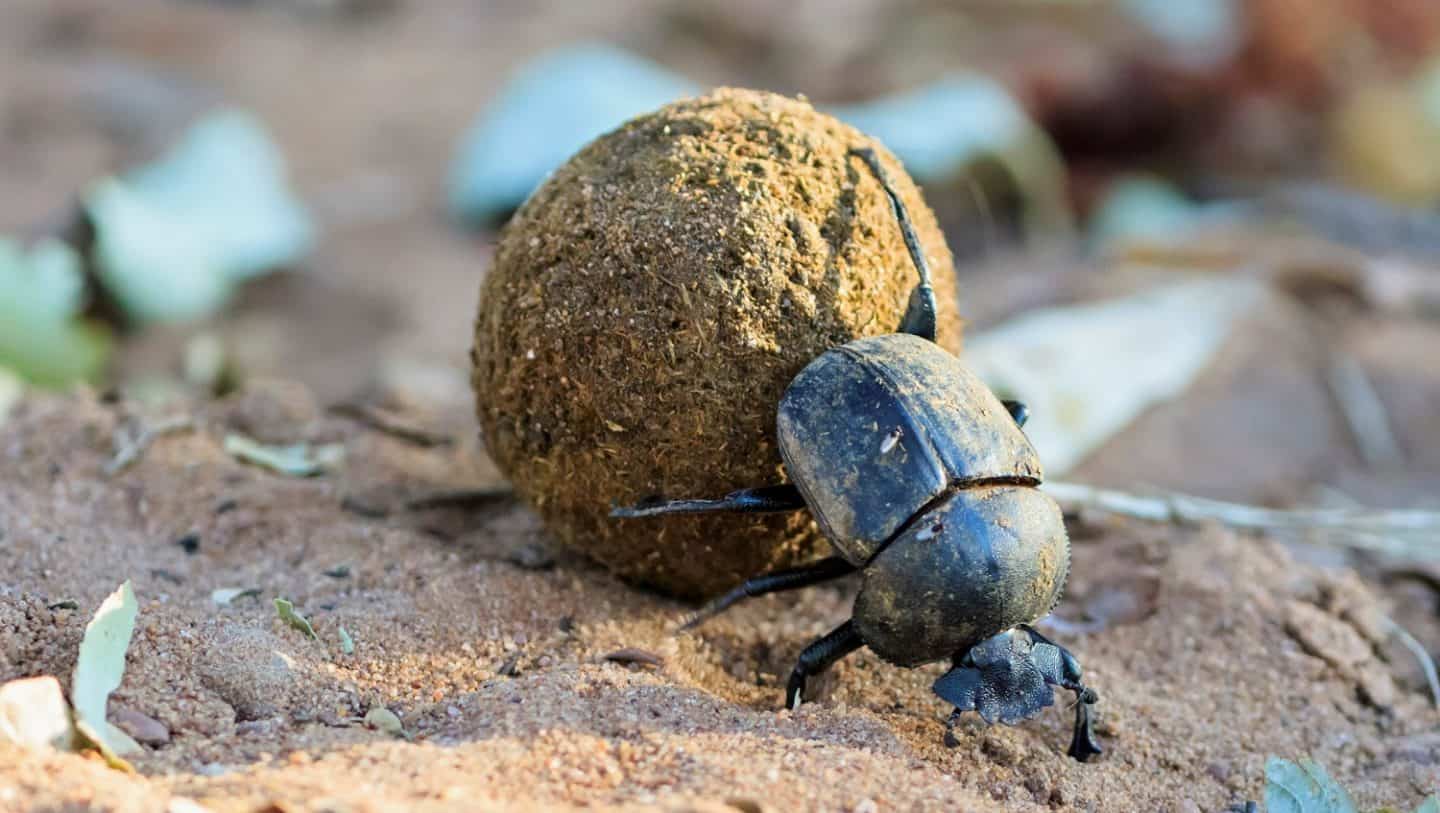 ung beetles use the position of the sun and the direction of the wind to navigate. Credit: Westend61/Getty Images

The beetles (Scarabaeus lamarcki) feature regularly on wildlife documentaries and are well known for their primary defining habit. Upon encountering a pile of dung from a large mammal – an elephant, say – the females of the species will form some of it into a ball, roughly twice its own volume, and roll it away, later to use it as an egg repository.

It is seemingly a simple enough behaviour, but one which, researchers are realising, involves a complex set of environmental cues.

Rolling up a ball of dung is not a hazard-free activity, mainly because the beetles are a highly competitive and theft is common. Therefore, each beetle is hard-wired to get the hell out of Dung Dodge as rapidly as possible, away from potential competition.

The compass direction in which each beetle rolls its prize appears to be random, but its trajectory is not. The fastest route out is in a straight line – a path it will forge until it comes across a hole in the ground in which it can secure its load and then lay eggs.

Just how each beetle manages to maintain its straight line orientation has been the subject of considerable research.

By 2013 it was firmly established that the primary method was visual: each insect took positional cues from the sun, or, if active at night, from stars.

In order to confirm that nocturnal dung beetles navigated by the stars, the researchers, led by Marie Dacke from Lund University in Sweden, set the insects up inside a planetarium. When the projections were manipulated to obscure the night sky, they reported, the beetles became disorientated and deviated from their routes.

However, this does not happen in real life. Neither do dung beetles active during the day lose their way when the sun is obscured by clouds or high in the sky and thus providing no useful navigational information.

Clearly, there had to be some other factor in play – and now a team led by Basil el Jundi from the Julius-Maximilians-Universität Würzburg in Bavaria, Germany, has found out what it is.

“We have discovered that dung beetles use the wind for orientation in addition to the sky,” el Jundi explains.

In a paper published in the journal Proceedings of the National Academy of Sciences, the researchers show that the beetles are able to use wind speed and direction – detected by their antennae – as navigational aids. Thus, they are still able to navigate successfully when visual markers are obscured.

Even more remarkably, the scientists report, the beetles have a “highly plastic neuronal machinery that can adapt to its environment in a perfect way”. They are able to switch between, or combine, navigational modes, in an instant – using visual information to compensate for a sudden drop in wind, or relying on the breeze if clouds crowd the sky.