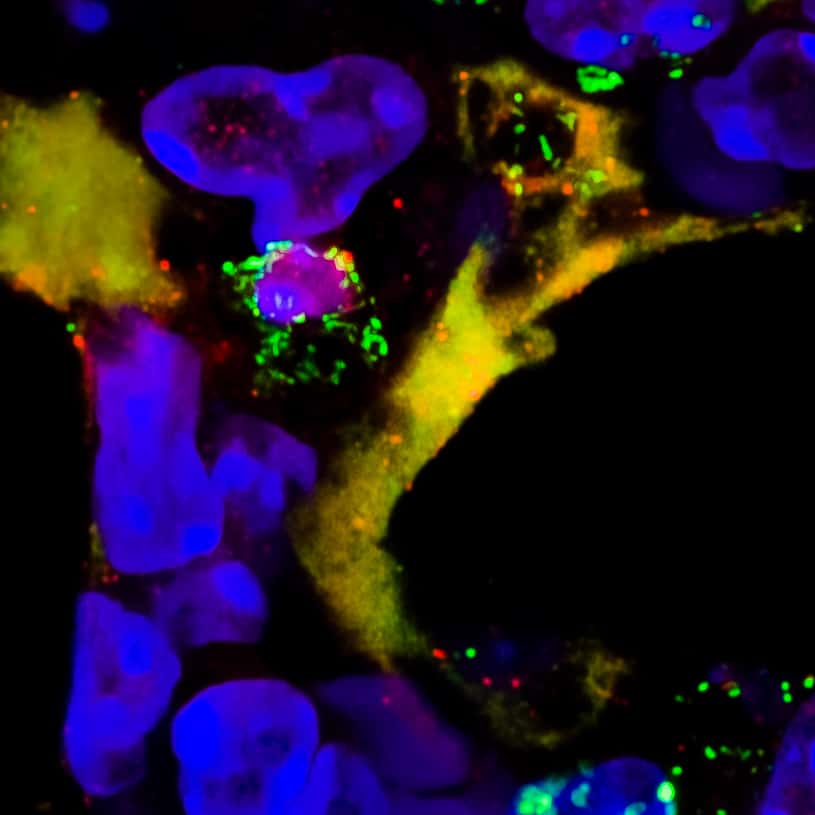 The lung of a mouse exposed to a pro-allergic factor; there is a neutrophil on the left with pink nucleus and green granules. credit: GIGA/University of Liège

The culprits were certain neutrophils – immune cells – that entered the lungs of mice and released their DNA to trigger inflammation.

The three known environmental hazards that Coraline Radermecker and co-authors from the University of Liège tested in the animals were excessive hygiene, air pollution and viral infection.

When these mice and others were later exposed to house mites, a major human allergen, only those that had experienced the environmental triggers developed allergic asthma.

When the researchers inhibited these immune cells from entering the lungs and releasing their DNA, the mice were protected.

The role of these immune cells in allergies was largely unknown, according to senior author Thomas Marichal, so they hope their findings will help pave the way for prevention and treatment of the condition.

The study is published in the journal Nature Immunology.