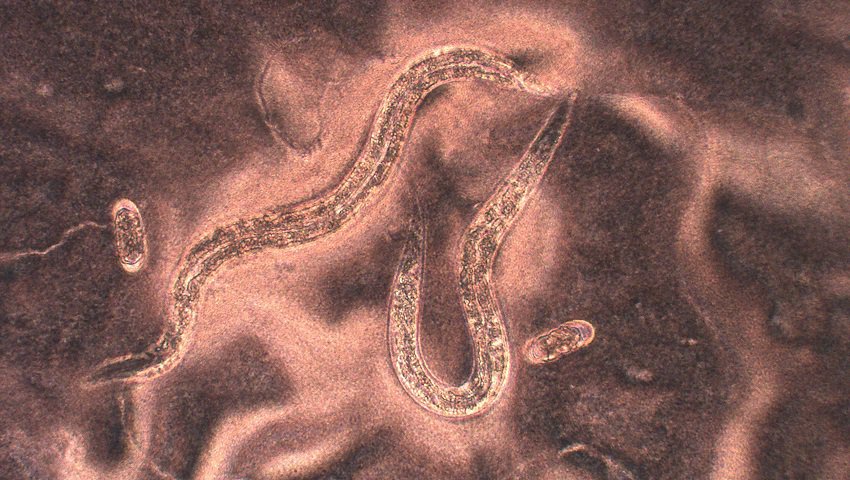 How do you survive living a kilometre-and-a-half underground? The “Devil Worm” may be about to reveal its secrets.

US researchers have sequenced the genome of the microscopic Halicephalobus mephisto, which was hailed as the deepest-living animal ever found when it was discovered in an active South African gold mine in 2008.

Scientists were stunned that it was thriving in an environment thought only suitable for microbes, with high temperatures, little oxygen and high amounts of methane.

It was named in honour of Mephistopheles, a subterranean demon from the medieval German legend Faust, but is better known by its equally appropriate nickname.

Now a team from American University, led by John Bracht, has some clues to how the Devil Worm lives the way it lives.

Its genome sequencing – the first of any subterrestrial animal – revealed that H. mephisto’s genome encodes an unusually large number of heat-shock proteins known as Hsp70, which exist in all life forms and restore cellular health due to heat damage.

This is notable because many nematode species whose genomes are sequenced do not reveal such a large number.

Many of the Hsp70 genes in the Devil Worm’s genome were copies of themselves. The genome also has extra copies of AIG1 genes, known cellular survival genes in plants and animals.

More research is needed, but Bracht believes the presence of copies of the gene signifies the worm’s evolutionary adaptation.

“The Devil Worm can’t run away; it’s underground,” he says “It has no choice but to adapt or die. We propose that when an animal cannot escape intense heat, it starts making additional copies of these two genes to survive.”

By scanning other genomes, Bracht identified other cases where the same two gene families, Hsp70 and AIG1, are expanded. The animals he identified are bivalves, a group of molluscs including clams, oysters and mussels. They are heat-adapted like the Devil Worm.

Future work involving the Devil Worm in Bracht’s lab will pinpoint Hsp70’s function, such as inactivating the gene to test its response to heat stress.

They also plane gene-transfer studies in C.elegans, a type of heat-intolerant microscopic roundworm, to see if it becomes heat-resilient.

The findings are reported in the journal Nature Communications.